Posted by Steve Tobak on September 19, 2019 in No Comments 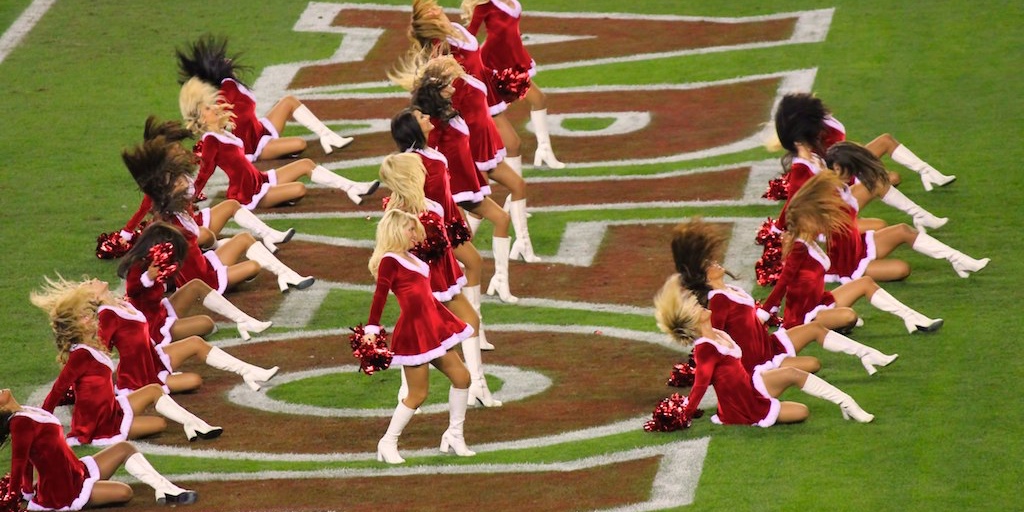 New York has always been a sports town. Growing up in the 60s and 70s, my friends and I followed every major professional sport, but football was the most exciting, hands down. For 12 action-packed Sundays a year, our eyes were glued to our TV screens.

Baseball used to be America’s game. Not anymore. Today, the National Football League has emerged as the most lucrative and dominant professional sport in history. But the reason behind its breakout success is sorely misunderstood.

Everyone talks about the enormous value and resilience of the NFL’s brand, but that doesn’t explain how it managed to capture the imagination and loyalty of so many fans. Nor does it explain how it generates nearly as much revenue as Major League Baseball and the National Basketball Association combined.

From a market standpoint, the reason for the NFL’s breakout success is twofold: it provides an unparalleled customer experience and demand far exceeds supply.

Granted, the league has done a good job of capitalizing on its pricing power and, with rare exception, generating record income from TV, sponsorships, tickets and merchandising year after year. And it’s shown restraint by methodically increasing exposure – lengthening the season just once while adding weekly Monday and Thursday night games.

But in the business world, that falls more under the heading of not screwing up a great product. What made football great in the first place is that it’s an incredibly engaging sport with fewer games than we’d like to see. It isn’t rocket science to monetize market dynamics like that.

Simply put, American football offers hands down the best customer experience of any sport on Earth. That’s not just my opinion, that’s evidenced by roughly an order of magnitude more revenue generated per game than other competitive sports. A lot of people love to watch it and, at this point, they simply can’t get enough.

As a product, NFL football is to professional sports what Apple is to consumer electronics. The same goes for Facebook in social media, Amazon in ecommerce, Netflix in streaming video, and Google in search advertising. Their products all offer the hands-down best customer experience, so they dominate their respective markets.

And ever since the NFL and AFL officially merged in 1970, it’s been the only such game in town. As a result, some call it a legal monopoly, but that’s untrue. The U.S. Supreme Court ruled in 2010 that the league is not broadly exempt from federal antitrust laws, as is the case with MLB (don’t ask me why). Besides, it competes for fans and sales with other sports.

Don’t get me wrong. The NFL may at times seem to wield monopoly power, especially when it comes to negotiating with broadcasters, sponsors and merchandisers on behalf of all 32 teams. But just as with any business entity, running afoul of U.S. antitrust laws may prompt a federal investigation and prosecution. It’s not above the law.

Which brings us to the least understood and most underrated reason for the sport’s unprecedented success, namely its limited supply. Since football games are events, not products, the laws of supply and demand don’t seem to apply, but they do. They apply and they matter, big-time.

An NFL season consists of far fewer games – 80 to 90% fewer games, to be exact – than other professional sports like baseball, basketball and hockey. And the vast majority of games are played on just 17 Sundays a year. From a market standpoint, high demand and limited exposure creates pricing power, just as it would for a product.

But the tricky thing about an undersupply situation is the temptation to take advantage of unserviced demand by ratcheting up exposure. In this case, that means increasing the length of the season, number of games, number of teams or days of the week when games are played.

So far, the league has been extremely conservative in its approach to growth and expansion, and rightly so. The problem is you don’t know when you’ve gone too far and exceeded demand until after the fact. Once you pass that point of overexposure, look out below.

Of course, every public scandal – Antonio Brown, Colin Kaepernick, Inflategate, yada yada – brings the usual media hype and handwringing over how it might impact the NFL’s incomparable brand. But besides overexposure, the far greater risk is in screwing up the game itself. With every new penalty, rule and review, the game becomes slower paced and more convoluted, which threatens to undermine the viewer experience.