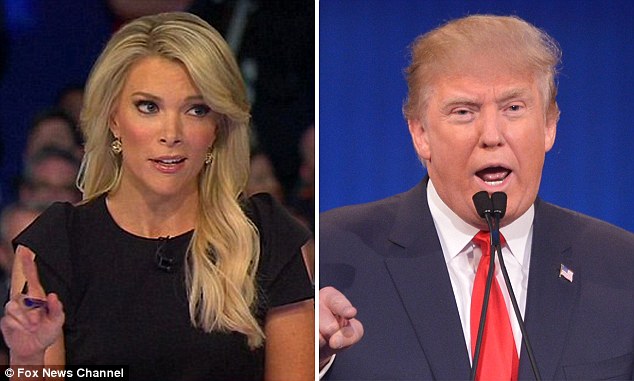 Don’t tell my wife, but I had a few childhood crushes. My first was Patty Duke, in black and white. I think I was six or seven at the time. Then there was Betty, of Betty and Veronica comic book fame. And Jane Fonda in the sexy sci-fi spoof Barbarella was more than my little 11-year-old brain could handle.

While I may have been a perfectly normal teenage boy in private, for whatever reason, I grew up with a healthy respect for girls. Some of my best friends were girls. No kidding. Of course, I knew they were different, but that aside, they were always equals. At least, I always saw them that way.

So when I entered the working world, I couldn’t understand guys who didn’t get sexual harassment and why it wasn’t cool. It was second nature to me.

I bring this up after reading a candid interview with Fox News host Megyn Kelly in Variety. ICYMI, Kelly hit Donald Trump right between the eyes during the first GOP debate with a direct question about his public treatment of women. The Republican front runner has had it in for her ever since. And it’s been downright ugly. 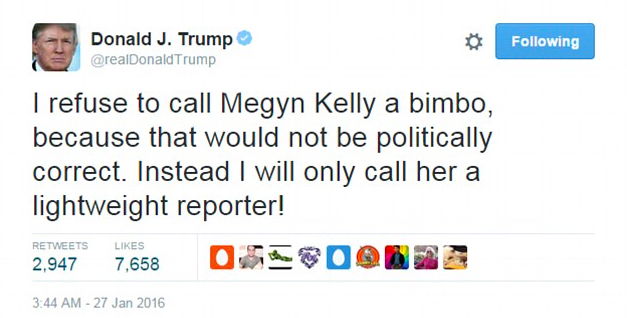 Talk about proving her point. The irony is priceless.

While Kelly’s boss, Fox News CEO Roger Ailes, has been behind her every step of the way, Trump’s attacks on Twitter and elsewhere have been brutal. It’s painful to watch. I know Kelly’s as tough as they come, but you know it’s got to be stressful. And what if the guy becomes president? Then what? Will he still call her names like a four year-old?

Look, I’m no Pollyanna. I’ve seen some pretty nasty leadership behavior in my time, but it’s always been behind closed doors. The entrepreneurs and executives in Silicon Valley may not all be as civilized as we would like them to be, but they’re intelligent enough to keep their issues on the down low most of the time.

Likewise, this is not about cultural conformity or political correctness. On the contrary, you all know me. You know I couldn’t care less about that sort of nonsense. This is about being civilized. This is about common sense. It’s also about leadership – setting an example for our children, for our nation, for the entire world.

Everyone has an Achilles heel. A blind spot. An issue that holds them back. This is Donald Trump’s. With the highest post in the land in reach, he’s shooting himself in the foot with these all-too public tempter tantrums directed at Kelly. He either doesn’t see it, doesn’t get it, or can’t help himself.

Look, you can debate both sides of almost anything the man has said or done, but on this issue, he is entirely on his own. Regardless of the reason, you’re witnessing perhaps the most preventable public self-destruction of a leader you will ever see.

Mark my words, this issue alone will cost Trump the election. He simply cannot win with the kind of numbers he has with women, and petulant attacks on a well-respected cable news anchor with 2.5 million daily viewers will surely seal his fate.

P.S. On a lighter note, at one point in the interview, Kelly said, “Listen, this is a fickle business. What if they called me and fired me tomorrow? I have to keep my options open.”

The interviewer, Ramin Setoodeh, replied, “Fox News won’t do that.”

Kelly said, “One never knows. Everything is rolling along fine, and then you call Huckabee ‘Fuckabee’ and you’re gone.”

Yes, that really did happen. And no, she was not “gone.”