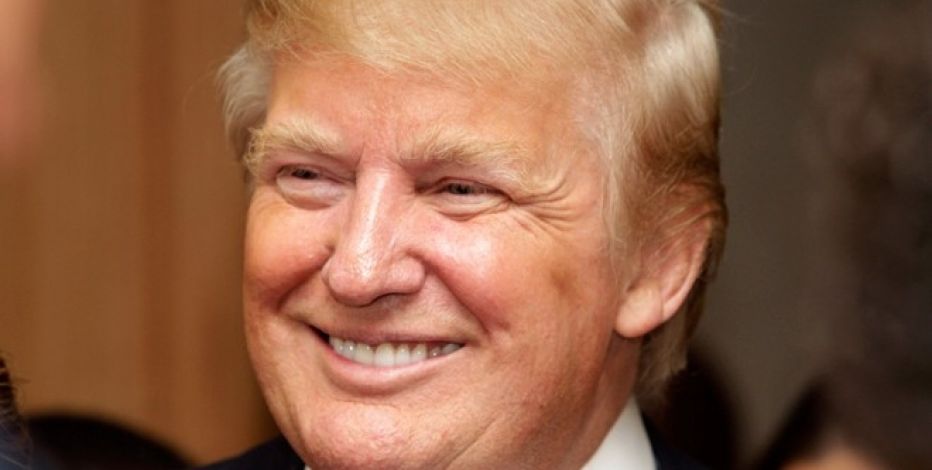 Less than 11 months ago, I watched Donald Trump announce his candidacy and wrote the following for my Fox Business Critical Thinking column. As the Republican nominee who will indeed run against Hillary Clinton for President of the United States, it’s even more relevant today than it was then:

My initial reaction to news that Donald J. Trump would be making an important announcement on Tuesday was complete indifference. I thought, “not this clown again.” After all, every time the real estate and entertainment magnate makes noise about entering a presidential race he ends up backing out.

But as I made cappuccinos Tuesday morning with the business news on in the background, I found myself surprisingly drawn to The Donald’s speech from Trump Tower. Regardless of what you think of the man, I bet his messages would resonate with anyone frustrated with Washington’s leadership dysfunction, fiscal incompetence and anti-business rhetoric.

Even if he has no chance of actually winning the republican presidential nomination, he sounded genuinely and passionately motivated to help return America to prosperity. He certainly has the media platform and charisma to put up a fight. And if Trump means to self-fund the campaign as he says, he’s finally putting his money where his mouth is.

Now, if the famously outspoken entertainer can just stay on message and avoid his tendency toward cheesy antics, I think he just might invigorate the debate, energize the party – even if to rally against him – and perhaps get us thinking realistically about where we stand as a nation and optimistically about our future.

So let’s forget the bad hair, the arrogance of “You’re fired,” the tendency toward hyperbole and the planet-sized ego, and just for a moment consider what Donald J. Trump is actually saying:

“Our country is in serious trouble. We are not respected by anyone. We are a laughing stock all over the world. ISIS, China, Mexico are all beating us. Everybody is beating us. Our enemies are getting stronger and we are getting weaker. Politicians are all talk and no action. They will never be able to fix our country … and I cannot sit back and watch this incompetence any longer.”

What sets Trump apart from other candidates is his vocal criticism of our political leaders’ negotiating skills with respect to foreign policy and trade. Clearly, the author of the best-selling The Art of the Deal and the man who built a real estate and entertainment empire is justifiably confident in his ability to be a far more effective negotiator-in-chief than we’ve had in many years.

His message that career politicians are bought and paid for by special interests and that they can’t fix Washington from the inside is more or less common dogma, these days. With a net worth around $9 billion, maybe Trump can’t be bought. But while I admire his conviction, there are plenty of candidates that are not Washington insiders, notably Ben Carson, Carly Fiorina and a laundry list of state governors.

Trump says we’ve created a massive bubble: “A stock market that bears no relation to reality” built on “artificially low interest rates” and a national debt that will soon reach $20 trillion. Of course he’s right about the bubble and the necessity to wean the nation off this dysfunctional fiscal policy that can only end in disaster.

He also points to some sobering data, that more than 90 million Americans have given up looking for work, 45 million are on food stamps and nearly 50 million live in poverty. To that, he recently tweeted, “The best social program, by far, is a JOB!” And on Tuesday, he boldly proclaimed, “I will be the greatest jobs president God ever created.” What he lacks in humility he certainly has in self-confidence.

Who among us would argue that Washington has to step up to the plate and actually get this stuff done if the nation is ever to return to fiscal health? If nothing else, Trump’s candidacy could be the “brick to the head” the GOP needs to come to agreement on a common fiscal platform.

Look, this is not a “Donald J. Trump for president” stump piece. Perhaps America doesn’t need him, but America does need his messages. Besides, as the lifelong CEO of a family owned company, this man has never actually worked for anyone else in his entire adult life. It’s hard to imagine someone with his DNA giving all that up to serve the public.

My point is this. I do think The Donald is serioushis time. His heart is in the right place, he makes a lot of sense and he has serious leadership chops to back it up. I’d like everyone to take a collective deep breath and suppress your impulse to ridicule the man. If you like his messages, don’t shoot the messenger.

The original column, which appeared on foxbusiness.com, was entitled Donald Trump: Sideshow or Serious Leadership Material? Clearly, the answer is the latter.