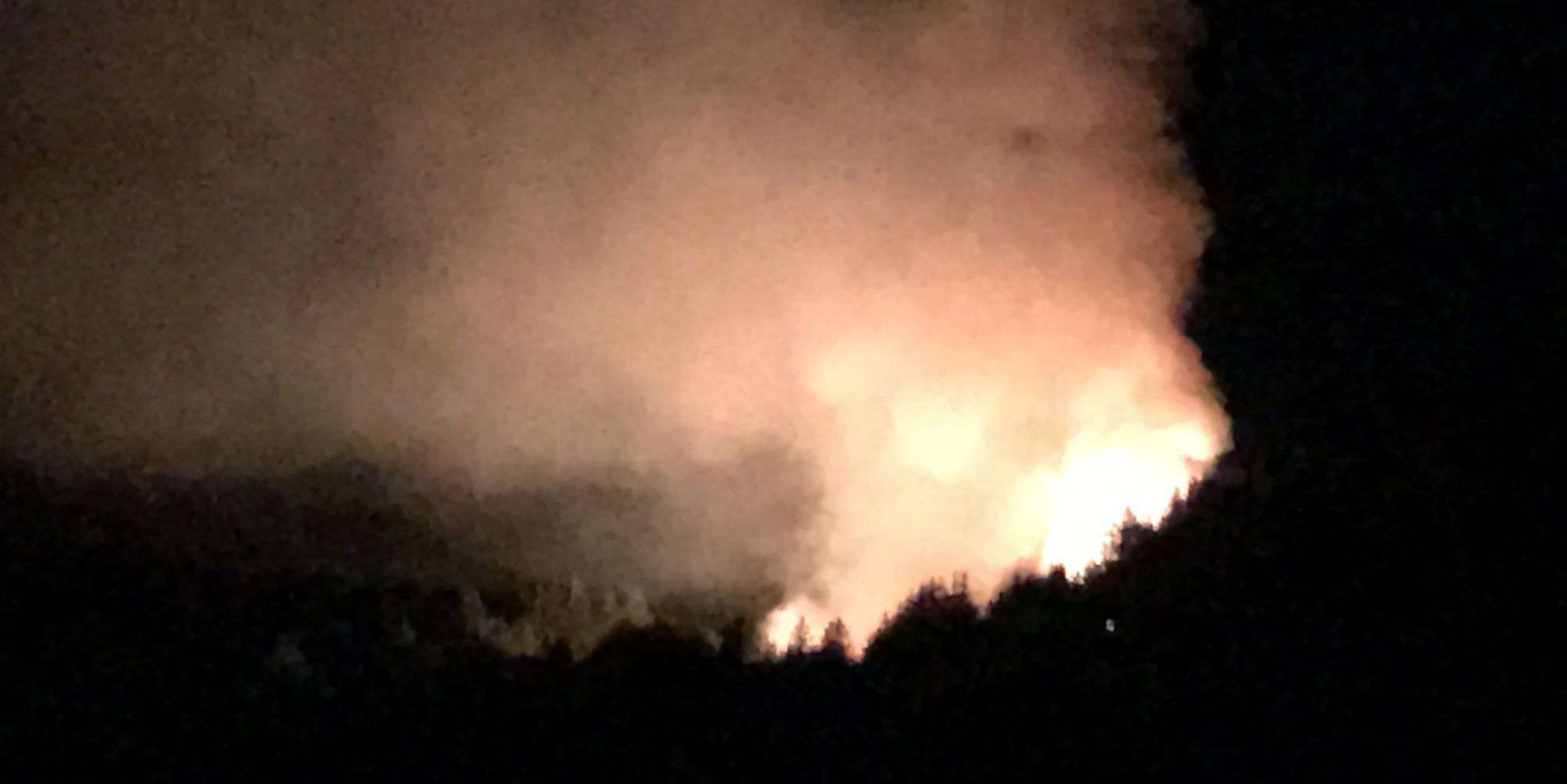 After a day of watching the Loma Prieta wildfire burn more than 1,000 acres just 10 miles east of my home in the Bay Area’s Santa Cruz Mountains and thinking “too close for comfort,” I gave up trying to concentrate on work and settled in to watch the debate and Monday night football.

Around 9:30 I hit the pause button on the game to get some more wine. That’s when I saw the red glow. Another blaze, this one about a mile or two away. I could see flames shooting out the top of 100-year-old coastal redwood trees like they were matchsticks.

I ran up the stairs to tell my wife. We stood on the balcony and watched in stunned silence. Time seemed to stand still. Debates and games no longer mattered.

After that, everything happened very quickly. Sort of a blur, really. Packing up and preparing to evacuate. The calls to and from neighbors. The fire engines screaming by. The police on our road – watching the trees burn, the fires spread – waiting to see which direction it would take before calling for evacuation. The scene was surreal, like out of a movie.

Here’s the thing. The mountains have no city water supply. We depend on each family’s well water tanks, swimming pools, and if things get really bad, air support to fight fires. Earlier that day, we learned we have a pool leak. Our tanks were barely 25% full – 2,500 gallons or so – when the blaze started. That’s like a water pistol against a wildfire.

Given how hot and dry it was (90-degree heat and 14% humidity), had it been a typical evening with an onshore flow off the Pacific Ocean, the blaze would have spread straight up the canyon to our home and the homes of 50 or so families. We probably would have been toast … literally.

That’s not what happened. Two nights before, the winds were blowing over umbrellas and chairs on our deck. But last night, there wasn’t even a breeze. Around midnight, the police declared the fire under control and left. We stood with dozens of neighbors on our road, relieved beyond words.

Every part of the world has its natural disasters. We all live with risk. Ours are wildfires and fault lines. When you pack up and get ready to leave a home you’ve lived in for ages and may never see again, you gain perspective on what really matters.

It’s hard to imagine until it happens, but what you pack first is telling. So is the realization of how easily you can live without the rest. None of that stuff really matters, just you and your two and four-legged loved ones.

I feel strangely calm today. Tired, but calm. Not because we avoided disaster, but because I know it wouldn’t have stopped us. Life goes on.