Posted by Steve Tobak on October 4, 2016 in No Comments 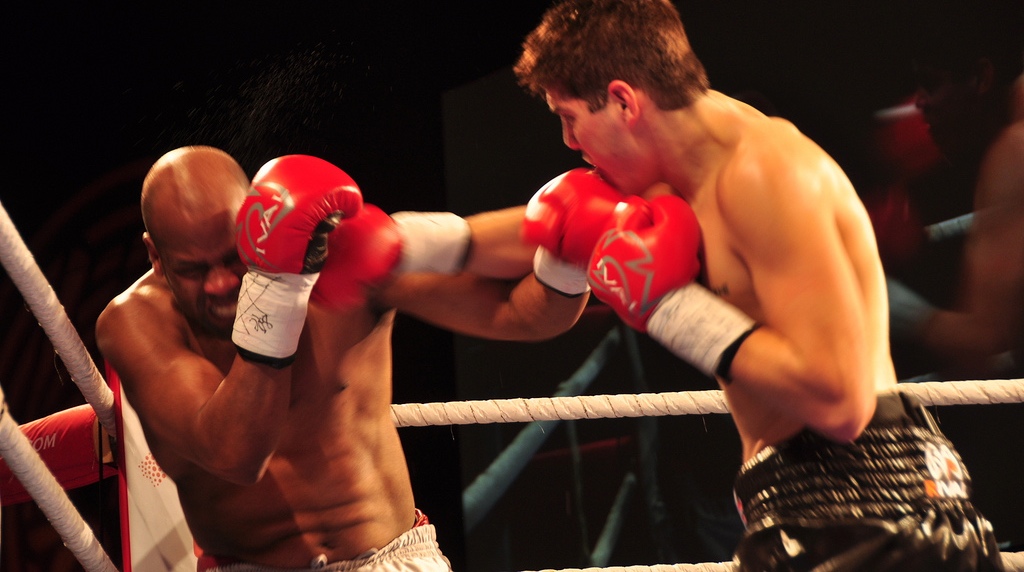 People will always dangle carrots in front of you, only to yank them away at the very last second. You would not believe how many “sure things” and “done deals” I’ve had fall apart on me at the last minute. And I’ve been passed over for promised jobs and promotions so many times it isn’t funny.

Despite all that, I don’t think I’ve ever been screwed. It comes with the territory. If you’re going to get your feelings hurt, throw a fit, or whine about the injustice of it all, don’t even waste your time trying to make it. You probably won’t.

The business world is risky business. It isn’t for the thin-skinned, the weak-minded or the faint of heart. And if you fit one of those colorful descriptors, sooner or later, you’re going to get weeded out of the business gene pool.

Think of it as natural selection for up-and-comers. In a competitive world, if you can’t keep your cool, stay focused, and find a way to win against all odds, you’re toast. Here are some practical rules to help you do that. Follow them, and you’ve got a good chance of surviving and maybe even coming out on top.

When you get a big break, don’t blow it. Seven years into my career, I had an opportunity to pitch one of the biggest computer companies in the world. Before heading to the airport, my boss said one thing to me: “Don’t f— it up.” I didn’t. If you’re destined for great things, that’s all the handholding you’ll need. Have faith in yourself.

Stay focused on the big picture. Don’t panic when things go wrong or get distracted when they don’t go according to plan. That happens … a lot. Maintain perspective and stay focused on long-term goals. And remember the old gambling (investing, same thing) axiom: Never try to win back what you’ve lost. Once it’s gone, it’s gone. Move on.

Don’t do handshake or verbal deals. When it comes to agreements, it’s all or none. Having no agreement is fine under certain conditions, but don’t make the mistake of thinking you have a deal when you don’t. If it’s not in writing, it’s not a deal. Period. And for God’s sake, if you don’t understand and agree with every word, don’t sign it.

Negotiate in good faith. Karma is real; I kid you not. In my experience, what goes around usually does come around. If you go looking for trouble, you will find it. He who lives by the sword … never mind; I’m sure you get where this is going. Just be fair-minded. It will come back to you. Guaranteed.

Be genuine and direct. Say what you mean and mean what you say. Walk the talk. Don’t BS people, say what you think they want to hear, make promises you can’t or don’t intend to keep, sugarcoat the truth, or otherwise behave like a slime-ball. Not even a little. It’s a slippery slope.

Be professional. That can mean all sorts of things, but in this sense, it means keep your personal bias, political views, religious beliefs, and emotional issues – you know what I’m talking about – out of your business life. Don’t worry about whether people think you’re nice or a jerk. It’s OK to be yourself … but keep business about business.

Compete to win, fair and square. The real world is brutal and not necessarily fair. That’s just the way it is. But that doesn’t mean you should follow suit. If you get pulled over for speeding, the cop doesn’t care if there were others doing the same thing. Never compromise your ethics or break the law. Just do your best, compete to win, and let the chips fall as they may.

Handle rejection like a pro. We all get passed over, the short end of the stick and thrown under the bus from time to time. It’s not the end of the world. Don’t vent, whine, or throw a tantrum like a little brat, at least not at work. That’s what your spouse and friends are for. Just learn from the experience and be tenacious.

Look, I know it’s hard to keep it together when everything seems to be falling apart, so don’t even try. And when you’re done drinking yourself silly, sleep it off and start over. See, you didn’t break. You’re more resilient than you think. And remember, if you have faith that everything will work out in the end, it will. No kidding.