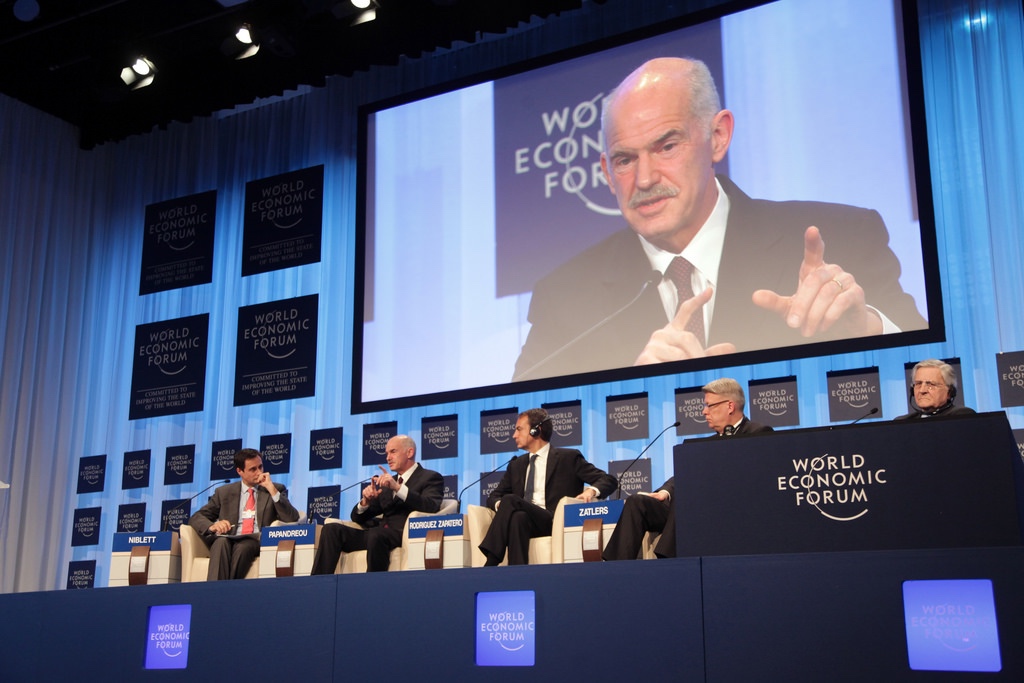 As thousands descend on Davos for the World Economic Forum or what Bloomberg calls “the world’s most expensive intellectual feedback loop,” the one thing on the minds of the world’s business and political elite is how the hell none of them saw the Trump-slash-Brexit nationalist backlash coming until it was too late.

When the rich keep getting richer, the powerful keep getting more powerful, and the people keep getting the shaft, all the positive rhetoric and social programs get to wearing thin. People get pissed off. Next thing you know, you’ve got backlash.

The Swiss Alps billionaires can have their conversations on social inclusion, grandiose program launches, glitzy award ceremonies and late night after parties until the Dom Perignon runs out. That’s not how anything gets done in the real world. That’s not progress. It doesn’t benefit anyone, just strokes their enormously overinflated egos.

The United Nations and European Union are just as bad, if not worse. The United Federation of Planets, they’re not.

The only effective leaders are those with a visceral feel for their own limitations. The only way to help the people is by lifting burdens and restrictions off their backs, giving them the tools and infrastructure they need to succeed, and letting them take it from there.

At the risk of quoting out of context, I think Margaret Thatcher came up with one of great insights of the 20th century when she said, “There is no such thing as society: there are individual men and women, and there are families.” In my interpretation, that means government cannot solve society’s problems; only individuals can solve their own problems.

There is no such thing as utopia, and there never will be. No matter what they say, we’re reminded time and again that bureaucratic bodies and elitist organizations serve only themselves, not the people. Sure, we need government, but one with a deft hand, not a heavy hand. When it comes to leadership, less is usually more.