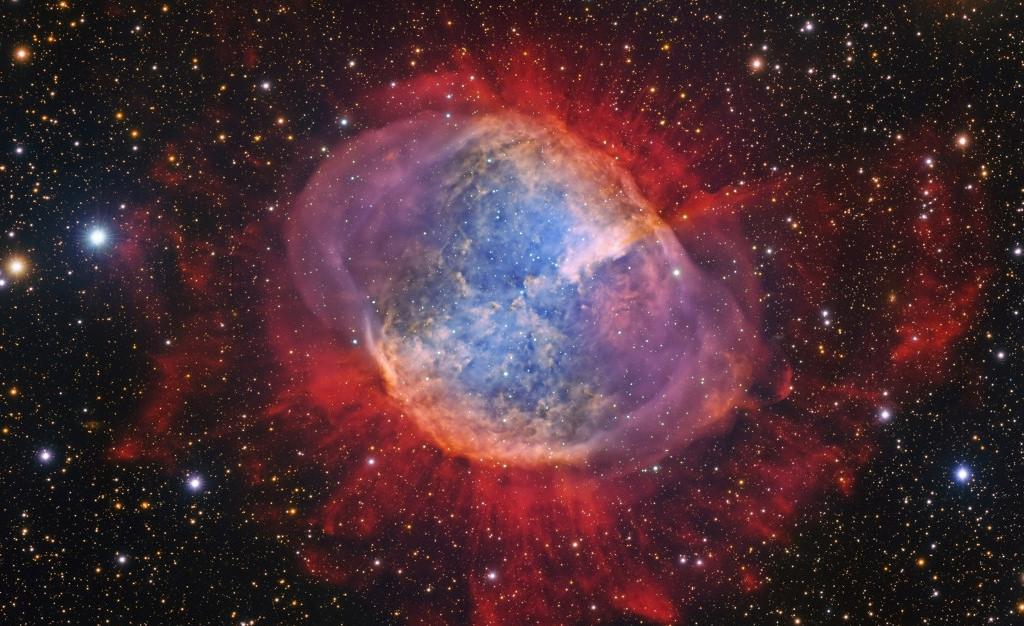 After the Big Bang that created our universe, the force of gravity caused matter to coalesce into young stars – nature’s first generation of organized matter.

Stars, like people, don’t live forever; they run out of fuel after a few billion years. Without the energy to stave off the force of gravity, they inevitably collapse on themselves, some going nova in enormous explosions that spew massive amounts of matter into the cosmos, matter that eventually coalesces into a new generation of stars – a second generation.

Our solar system is likely the third iteration of that process, meaning every molecule that makes up our planet was created billions of years ago in the heart of an alien sun. That includes every atom in your body, the air you breathe, the water you drink and the food you eat.

In other words, we are all stardust: molecules forged in a fiery furnace that evolved into single-celled organisms, primitive plant and animal life, and ultimately, humanoid beings. Over the millennia our brains evolved as well, and now we’re intelligent organisms. Impossible as it sounds, those events appear to be entirely random.

Interesting word, “Random.” While nature does tend toward increasing entropy or randomness, there are forces – gravity, electromagnetic and nuclear – that oppose the chaos, drawing subatomic particles, atoms, molecules and stellar objects together, creating a sort of steady state or balance, at least for a time.

You see, our very existence is subject to a fragile balance. Without it, there would be no us. Everything requires constant force (energy or work, all related) to oppose the chaos and remain stable. That goes for every object, organism and organization created by man, including human relationships, teams, companies and nations.

Nothing holds together without constant work to maintain its fragile balance. Without it, everything unravels in time. That fundamental concept transcends everything from individuals and organizations to biology and physics. Think about it.