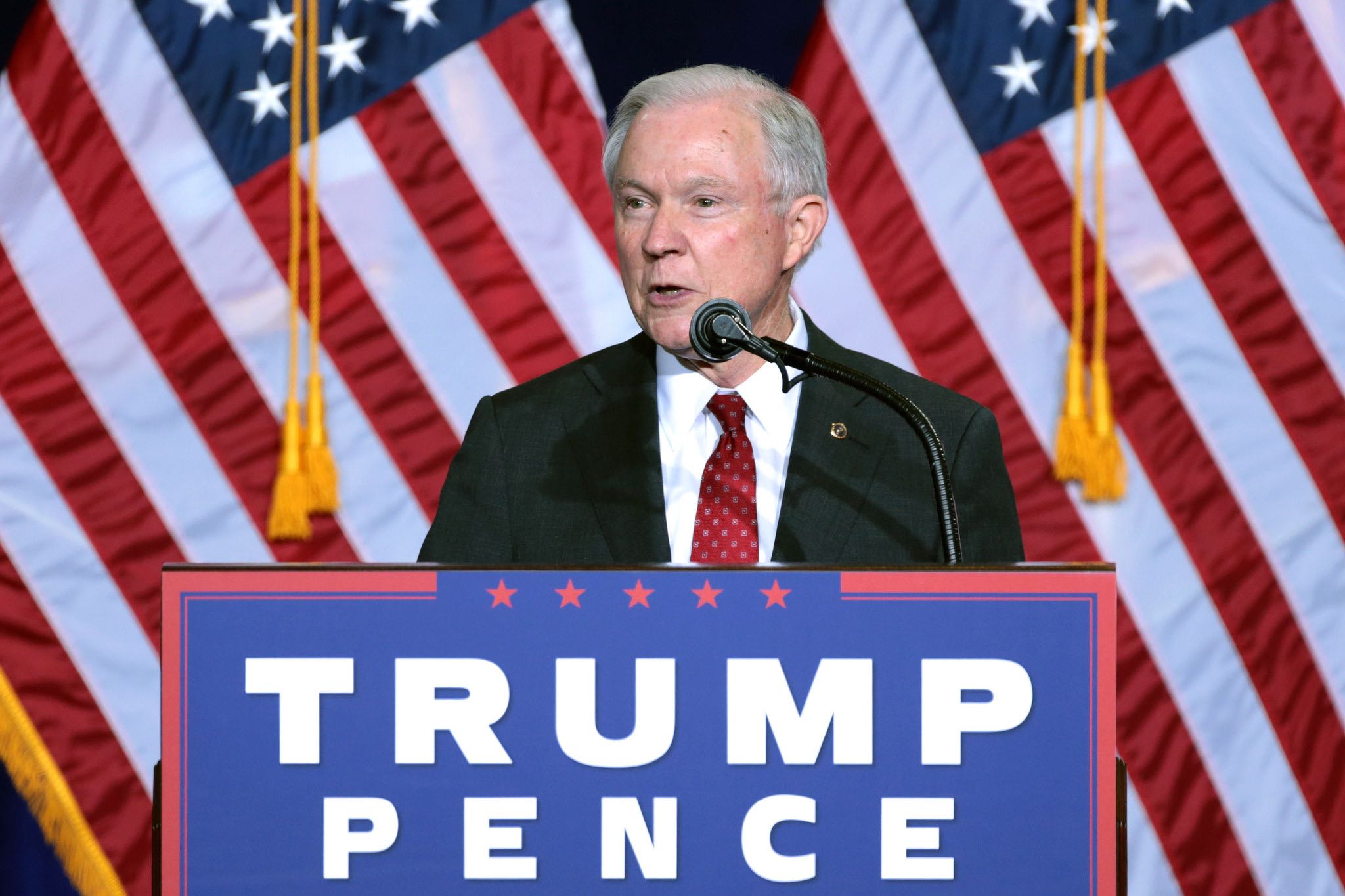 The idea behind the Trump movement was that the nation needed a successful business leader to fix Washington’s perpetual gridlock. That only a political outsider could come in and drain the swamp. At least, that was the theory. In some ways, the president is behaving more like a back-stabbing politician than a seasoned executive. Just ask Jeff Sessions.

Over the past week or so, the attorney general has been buffeted by a relentless barrage of Twitter attacks from his own boss. President Trump is apparently pissed off at Sessions’ decision to recuse himself from the Russian investigation and for taking “a VERY weak position on Hillary Clinton crimes.”

Ukrainian efforts to sabotage Trump campaign – “quietly working to boost Clinton.” So where is the investigation A.G. @seanhannity

So many people are asking why isn’t the A.G. or Special Council looking at the many Hillary Clinton or Comey crimes. 33,000 e-mails deleted?

So why aren’t the Committees and investigators, and of course our beleaguered A.G., looking into Crooked Hillarys crimes & Russia relations?

If Sessions is “beleaguered,” it’s because the leader of the free world has thrown him under the bus in the most humiliating way possible. When asked in an interview about the Alabaman’s fate, Trump said, “I’m very disappointed with the attorney general, but we’ll see what happens. Time will tell. Time will tell.”

The president went on to say that, if he had known Sessions would recuse himself, he would have appointed a different A.G. But Trump has the timeline wrong. When Sessions stuck his neck out to support his candidacy and subsequently gave up his Senate seat to join the administration, the question of recusal had yet to come up.

Whether the A.G. should or should not have recused himself is neither here nor there. What’s done is done. Besides, that was months ago. Why rip the guy now? And why publicly air his frustration with his handpicked choice to lead the Justice Department? Doesn’t Trump know that reflects poorly on him as a leader? Why not just pick up the damn phone and call the guy?

It’s obvious what this looks like, but Trump claims he’s not letting Sessions twist in the wind or trying to force him to resign. Could have fooled me. The irony is that Sessions brought a powerful coalition of conservatives to the Trump campaign. Without his loyalty, Trump may never have won the nomination, let alone the White House.

As they say, no good deed goes unpunished.

Don’t get me wrong. I’ve seen senior executives get eviscerated by their CEOs – been on the receiving end once or twice myself – but always behind closed doors or at least in the board room. Never in front of employees or customers. Certainly not in front of the entire world.

Simply put, it’s lousy leadership. It’s beyond the pale. And unless the story magically ends with Sessions keeping his job – unlikely as that would be – he’s finished in Washington. And Trump will have lost key supporters he can’t afford to lose. His behavior isn’t just wrong-headed; it’s self-destructive.