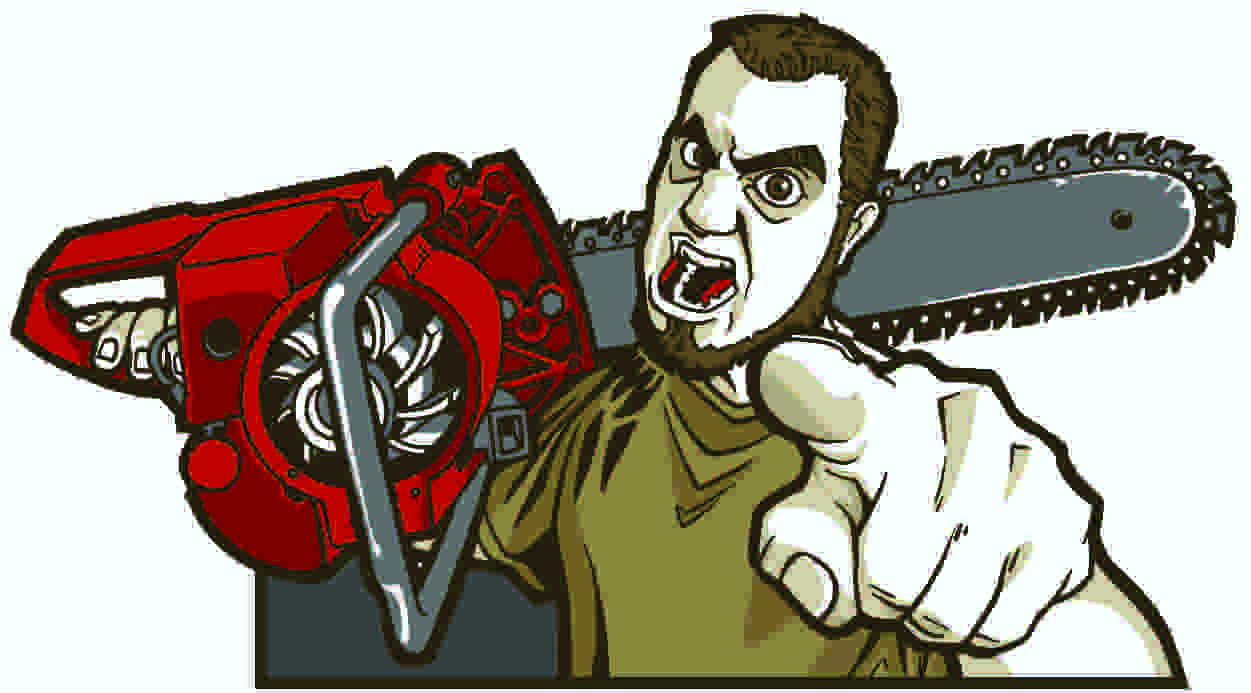 Some take vacations. Others spend weekends at the beach or lounging by the pool. For me, summer is the time for DIY repairs and maintenance projects of the outdoor variety. I actually love to fix things. Unfortunately, I’m much better at breaking things. Turns out, the amount of havoc I wreak on any given project is usually proportional to the destructive capability of the tools on hand.

Then again, I once destroyed a perfectly good TV set with a plain old screwdriver. True story.

On Thursday, the Tobaks took a trip to the local nursery and picked up a bunch of plants to fill in some gaps in our landscaping. Since my wife works weekends, it was my job to plant the dozen or so ornamentals we’d purchased. Sounds harmless enough, right? You’d think so.

Since our soil is so sandy, the area around the house had to be heavily compacted prior to construction, so digging holes can be like breaking concrete. So I pulled out my trusty pickaxe with the 5-lb. forged carbon steel head and 36-inch fiberglass handle and went to work.

I was making good progress, not to mention getting a kick out of pummeling the ground with wild abandon, when I heard something crack and the hole started filling up with water. I should have known there was an irrigation line nearby; there were sprinkler heads right in line with where I was digging. Should have known. Story of my life.

To repair the PVC line, I had to get all the water out of hole, but it refused to drain. Instead of just bailing it with a cup like a normal person, I thought it would be cool to drill holes in the ground, figuring it would help with the drainage and be good for the plants, as well. At least, that was the theory.

So I got my power drill, attached an old 12-inch drill bit, and started drilling. After a while, I stopped making downward progress. Turns out the drill had lost its grip on the bit, which was stuck, and just kept spinning, metal on metal. Without thinking, I pulled the drill and grabbed the bit with my right hand to yank it out of the mud.

Remember the bar scene from Raiders of the Lost Ark, when the Nazi grabs Marion’s medallion from the fire and ends up with an imprint burned into his hand? It’s not that bad, but you can definitely see exactly where I grabbed the drill bit. Luckily, the wife keeps enough first aid stuff around to start a pharmacy. Turns out that lidocaine with aloe vera gel works great on burns.

Not as bad as the time I literally caught a falling knife, but still.

Anyhow, I got the pipe fixed, the holes dug and the plants planted. The landscaping looks great. Need any work done at your place? You know I’m great with a chainsaw. Better keep some duct tape and bandages around though, just in case.