Posted by Steve Tobak on August 8, 2017 in No Comments 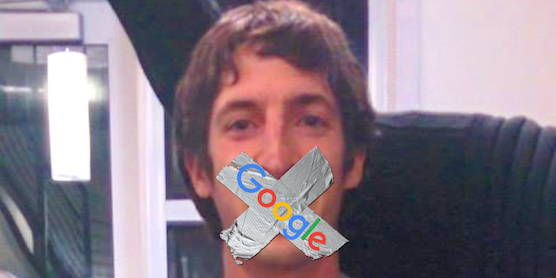 The software engineer who penned a 10-page manifesto calling Google’s diversity and inclusion policies “discriminatory,” “unfair” and “divisive” and blasting the Silicon Valley company’s “politically correct,” “left-leaning” culture as unaccepting of anyone outside its “ideological echo chamber” has been fired.

So much for the search giant’s supposedly open culture that encourages employees to question senior management. I guess suggesting that the shortfall of women in tech isn’t solely the result of discrimination and bias was simply a bridge too far for Google CEO Sundar Pichai.

Of course, the paragraph suggesting that women are more neurotic than men, translating to higher levels of anxiety and lower stress tolerance, sort of doomed the author’s prospects of continued employment and overshadowed many otherwise reasonable points. That was a boneheaded move.

Never mind whether James Damore (the engineer in question) was right or wrong. There really is no right to free speech in the corporate world, so if Pichai thinks the memo crosses the line by “advancing harmful gender stereotypes” and creates a hostile work environment, so be it.

It’s unfortunate that the media, pundits and Twitterati are lining up like good little soldiers on their respective sides of this third-rail issue. Neither side has it right. The gender gap in tech and leadership is not simply a bias, pipeline, societal or behavioral issue, but a complex combination of factors, many of which are interrelated and reinforcing.

That’s why all the diversity and inclusion programs in the world – not to mention all the public firings and forced resignations – have not moved the needle one bit. Nor will all the Valley’s groupthink, bullying and silencing, which is considerable, by the way. Broad-based cultural change simply doesn’t happen that way. You can’t force it.

If there ever was an issue that requires both sides to listen, be open-minded and question the status quo, this is it. If you read his entire piece with that mindset, that’s what Damore was trying to say. Also that Google’s culture promotes groupthink and suppresses nonconforming viewpoints, which is true of much of Silicon Valley, as well. Ironically, the addition of silly gender stereotypes and scientific inaccuracies made it divisive, and doomed it to ridicule.

In some respects, Damore reminds me of Ellen Pao, who lost a high-profile sexual harassment suit to VC firm Kleiner Perkins Caufield Byers a few years ago. Contrary to Pao’s charges, it appears that KPCB made extraordinary efforts to mentor and accommodate her. Nevertheless, she’s viewed as something of a martyr by diversity advocates. Now the other side has its own martyr in Damore.

And so it goes.