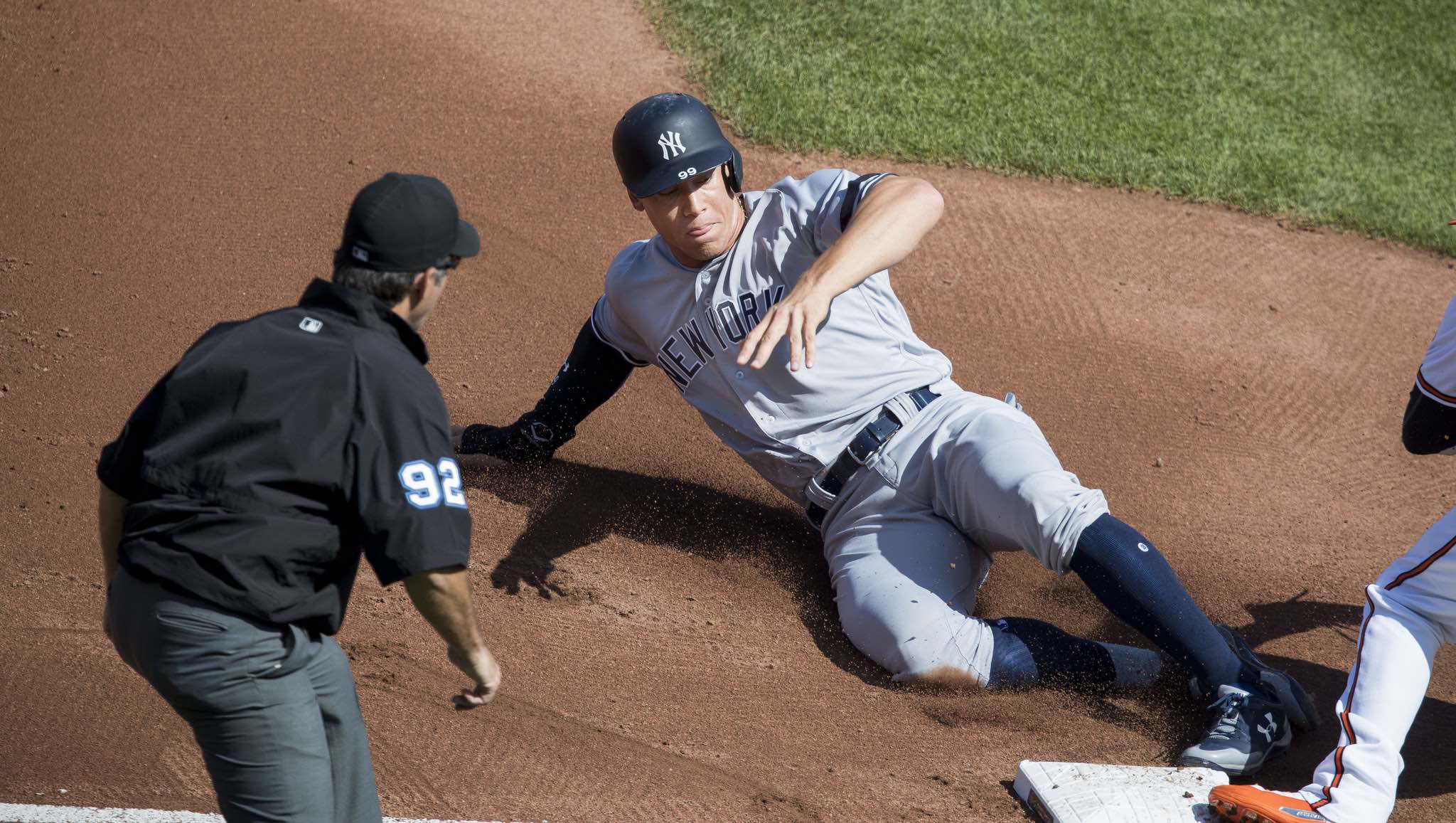 If you take nothing else away from my work, it’s that nothing is set in stone. As you drink your coffee and read these words, the future is unfolding. Every thought you have and action you take can change things. And the only thing holding you back is you. Seriously.

Think for yourself and forget about all the studies and pundits. Everyone who says one thing would just as soon say another if paid enough to do it. Besides, conventional wisdom is wrong at least as often as it is right, and the status quo only exists until someone comes along and shows us a better way.

Take the MLB American League playoffs, for example. Even if you’re not into baseball, bear with me. This is good stuff.

On paper, the Cleveland Indians had the best pitching and some of the best hitting in baseball, but the underdog New York Yankees, down two games to none, won three in a row to win the series. Nobody could have predicted that.

And the Yankees are sitting in exactly the same spot for the AL championship. After losing the first two games, they won the next three, this time against the Houston Astros, a team that dominated the majors in hitting and boasts some of the best starting pitchers in the game. Still two games left in this best of seven, but if the Yanks can win one, they’re in the World Series.

Funny thing is, they weren’t even supposed to be a contender this season. The lineup was full of untested rookies and the pitching rotation was one big question mark. At best, this was supposed to be a rebuilding year. Some pundits even picked the Baby Bombers to come in last in their division.

How have they come this far against teams that are far superior on paper? The same way Apple came back from near bankruptcy to become the world’s most valuable company. The same way a handful of gutsy guys came up with loony ideas that went on to become FedEx, Amazon, SoftBank and Google.

We live in an unpredictable world where anyone can win under the right circumstances.

Nobody can predict pretty much anything, let alone the breakout success of a company, team or person on a mission. Adversity is a powerful motivator. Never count out an underdog, especially if it’s you.

Past performance is no indication of future results. It’s as true in sports and business as it is in investing. As the great Andy Grove told us, “success contains the seeds of its own demise.” I agree. It’s great to be on top, but nowhere is more treacherous. Besides, there’s only one way to go, and that’s down.

Studies are worth about as much as the paper they’re no longer written on. One day we’re supposed to eat fat free, the next it’s low carbs. Saturated fat will kill you. No wait, it’s sugar that’s the problem. Not to be cynical, but who funds the studies?

Any honest commentator will tell you he’s wrong as often as right, and that definitely includes me. I was wrong about Howard Schultz coming back to run Starbucks and Carol Bartz at Yahoo. I was wrong about the business models of Amazon and Netflix. I mean, who knew investors would ignore profits and reward growth like that? Some did, but I wasn’t one of them.

According to the positive psychology loons, we need good vibes and happy thoughts to be motivated and inspired. What a load of crap. The beauty of being down is that you can always look up and dream of what’s yet to come. You can always dream of winning. And any team can beat any other team on any given day.

That’s what inspires Real Leaders, all the naysayers be damned.