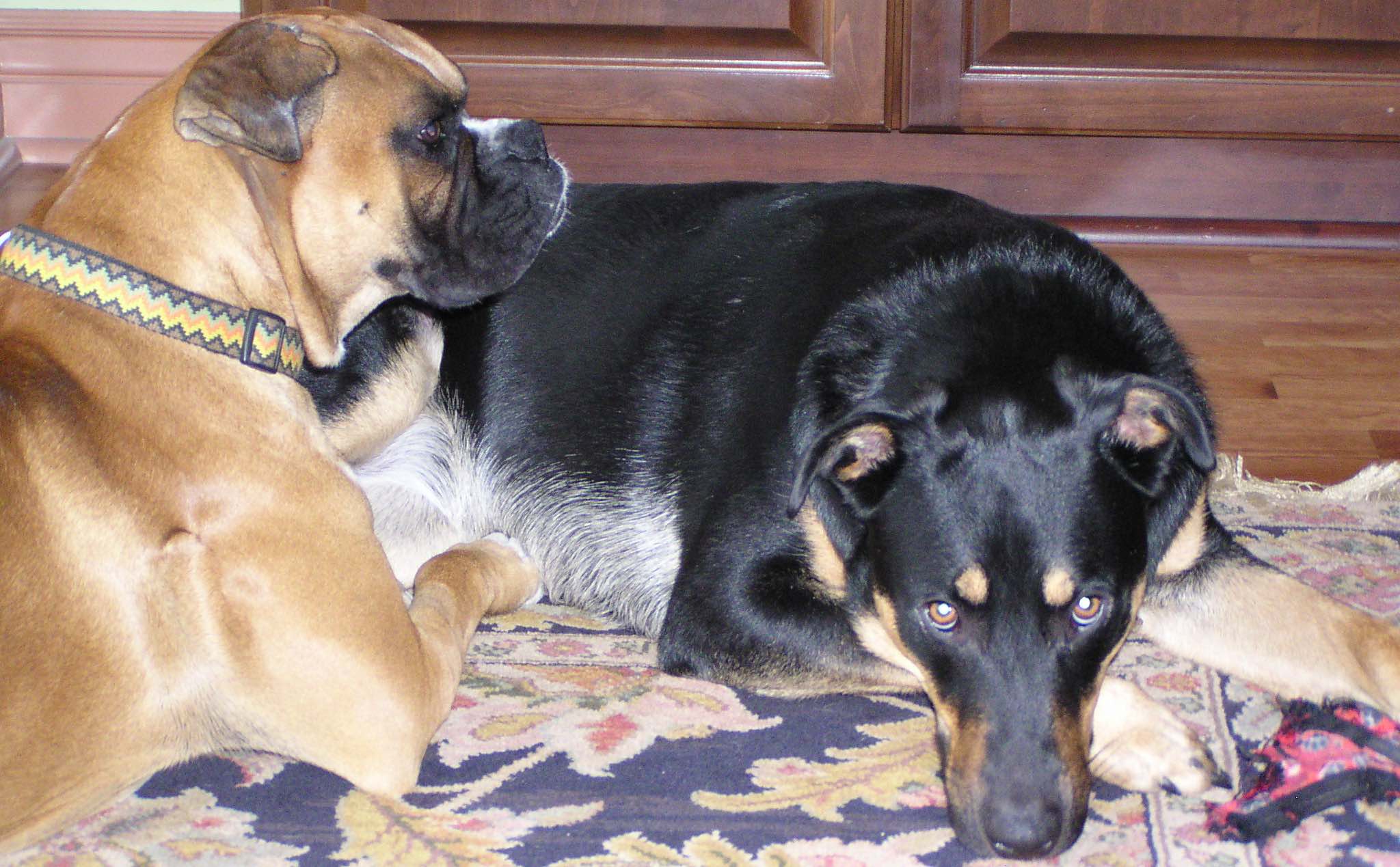 Our Boxer, Fletch – that’s a dog, not a fighter – is having knee surgery today for a torn CCL (similar to the ACL in humans). It’s common with certain breeds – so common that there’s a procedure called TPLO (tibial-plateau-leveling osteotomy) that’s pretty well perfected. Still a relatively long recovery time, but safe and effective, nonetheless.

The thing is, we lost our other dog, Daphne (pictured above, with Fletch), around this time last year after a long battle with an autoimmune disease that caused her body to destroy its own red blood cells as they were formed in the bone marrow.

As you might expect, just leaving Fletch at the veterinary hospital brought back memories and emotions I’d just a soon leave in the past. I’m trying to do that, but it’s not working. Too distracted. I went for a run, but no help. So this.

We all know people who have battled cancer or other life-threatening diseases, either themselves or alongside loved ones. I wouldn’t even think of comparing a pet to that. Even if that pet is your best friend or part of the family, as our dogs are to my wife and I. We’re not crazy. We know it’s not the same. That said, it still broke my heart when Daphne died.

I was so broken up that I couldn’t bring myself to finish the blog post I’d written about her. I just couldn’t do it. You see, I don’t just work at home. For me, home is a 10-acre property in the mountains. It’s secluded. As in, no people around. And for nine years, Daphne was with me every minute of every day. She really was my best friend.

Until that fateful day, she was by my side for every word I’d written for my columns and book for nine years. When she died, I lost my inspiration, for a time. I actually had an irrational fear about whether I could even write without her. Of course that’s silly, but still. It crossed my mind. Who knew a muse could be a furry animal?

I’m no expert on the unique relationship between humans and canines, but I do know this: 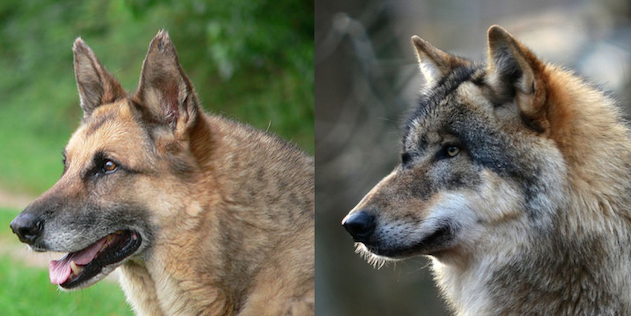 Tens of thousands of years ago, some gray wolves with a low threshold of fear started hanging around human hunter-gatherers, probably to munch on leftover carcasses. I guess that’s how leftovers became a thing. But I digress.

What was in it for the humans? The wolves probably howled when predators came near or even scared them off, making it safer to hunt, cook and eat. That’s how the symbiosis seems to have started. Domesticated dogs evolved from those wolves.

Today, we share a unique bond with our furry friends. Interspecies symbiosis is certainly not unique, but the human-canine relationship is without a doubt the most successful example, as domestic dogs have become the most widely abundant large carnivores on Earth. And for those with few friends, relatives and neighbors nearby, that bond is very special indeed.

P.S. Just got off the phone with the vet: The surgery went perfectly and Fletch is fine. We get to pick him up in three hours. Whew.