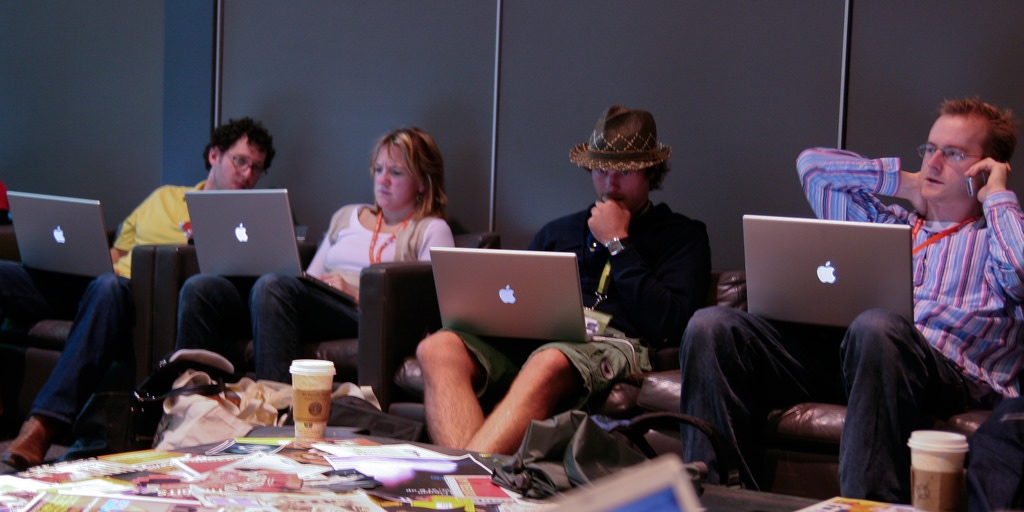 He wasn’t the first to say “Content is King,” but in a remarkably prophetic piece written in 1996, Bill Gates accurately foresaw the online content boom years before Google, WordPress, Facebook and YouTube even existed. And more than a decade before the smartphone revolution began.

Gates’ essay may also have had a profound influence on Web 2.0: the initiative that transformed the internet from a collection of static websites to a richly interactive platform for user-generated content, blogs and social media. If that’s true, it was also a self-fulfilling prophecy.

Today, content draws customers to business sites and eyeballs to media sites. It drives clicks, product sales and advertising dollars. Content makes the World Wide Web go ‘round, but it’s not a sweet deal for everyone. Content may be king, but content creators are more likely to be paupers.

Gates anticipated that dynamic. “One of the exciting things about the Internet is that anyone with a PC and a modem can publish whatever content they can create,” he wrote. “The Internet also allows information to be distributed worldwide at basically zero marginal cost to the publisher.”

It’s a classic good news, bad news scenario. Since it’s cheap and easy for anyone to generate and publish content, everyone does it, so the market is flooded. As Gates said, “I expect societies will see intense competition – and ample failure as well as success – in all categories of popular content.”

Today, the only people who make money off their own content are those talented individuals whose writing, music and movies would have paid off for them even before the internet took off. The overwhelming majority of online content is either free or close to it, and generated by …

Users. Most social media, blog and multimedia content is user generated. The big beneficiaries are Google and Facebook, which make big bucks from advertisers and pay zilch for all that content you generate, thank you very much.

Content marketers. Corporations and businesses generate content to draw customers to their sites, just as advertising brings them to their stores. It isn’t free, but it’s pretty cheap because there’s so much competition among content marketers.

Media sites. Fierce competition among an ever-increasing number of media sites means profits are increasingly under pressure for the creators of news and commentary. Ad spending is on the rise, but again, that’s mostly going to Google and Facebook.

There are other factors adding to the nearly infinite supply of low-cost content.

Entrepreneurship is all the rage, but instead of creating companies with products, customers and employees, more and more people are becoming solopreneurs. Attracted by the perceived benefits of freedom and flexibility, folks are working multiple gigs like generating content, selling stuff on eBay and driving Ubers.

Meanwhile, schools have been teaching kids that everyone’s the same, regardless of capability or performance. Everyone gets an “A,” a trophy, an award. Effectively, they’re breeding competitive spirit out of our culture. Now we have a generation of new workers who don’t see competition as a major factor in their careers.

Unfortunately for them, business doesn’t work that way. As more and more people are attracted to self-employment gigs, corporations are happy to oblige by outsourcing those jobs and avoiding the overhead expense and FICA tax.

Content may be king, but if you read that to mean it’ll make you a king, you read it wrong. That message was not meant for the masses, but for corporations who aggregate user-generated content for free or those with a marketing budget to pay for it. The content-generating masses were led down a gilded path.

It reminds me of a classic Twilight Zone episode. An alien race lands on Earth, ostensibly to aid humanity. They give us a book in their native language but only translate the title: “To Serve Man.” The aliens end world hunger and war. Humanity is grateful. With nothing left to do, people pile into giant spaceships to visit the alien’s paradise world.

Turns out, the book “To Serve Man” is a cookbook.