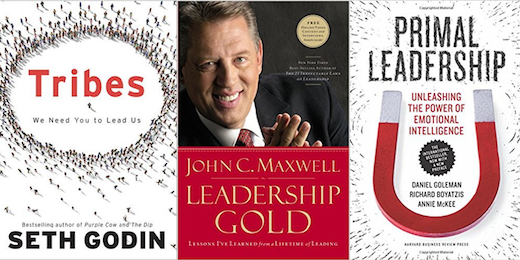 It wasn’t that long ago that you rarely heard words like “entrepreneurship” and “leadership” in business conversation. People just started businesses and ran companies. That’s what they did, so that’s what they identified with. Their jobs. Their work. Their companies. Not labels.

To my knowledge, that hasn’t changed. But somehow, right under our very noses, emerged a massively overhyped fad made up of crazed zealots and opportunists that are essentially co-opting and capitalizing on the most critical function in the business world: those who start and run companies.

Today we have countless authors, bloggers, coaches, academics and gurus – self-proclaimed experts who, with rare exception, have never actually run a business or led a real company. And yet, without any first-hand experience, they’ve become preachers on a subject they have absolutely no visceral feel for.

Let me tell you why that’s an issue. Building a business into a thriving enterprise is not a skill you’re born with. It’s not a discipline you can learn in school. And while you can learn the fundamentals – the various functions of how a business operates – getting good at it is almost entirely experiential.

Now, here’s where this gets interesting. If you read books by some of the great management consultants and CEOs of our time – Peter Drucker, Andy Grove and Mark McCormack, to name a few – you won’t find words like “leadership” and “entrepreneurship” thrown around a lot because they’re such amorphous terms that have little meaning in a business or even management context.

No wonder we now have an enormous underclass of self-described entrepreneurs and leaders – CEOs of one-person companies. A more accurate description is that they’re self-employed. They’ve abandoned the labor force by the millions, which is why we have about the lowest workforce participation rate and fewest new business starts in decades.

The more we talk about entrepreneurship and leadership – the more we generate, consume and propagate enormous amounts of content on the subject – the less we actually do about it. Everyone’s too busy blogging, commenting, tweeting, sharing, posting, liking and starting conversations to get much done.

Part of the problem is that amateurs now dominate the leadership genre and the content they generate is overwhelmingly BS. The vast majority of information propagated through blogs and social media is user-generated content dominated by popular myths, feel-good fads, inspirational fluff and pseudoscience.

But this issue goes much deeper than that. Of course we’d all like our bosses to be effective people managers instead of dysfunctional tyrants who rose to their level of incompetence via the Peter Principle. We’d like them to be motivating, empowering and respectful, not abusive, egotistical jerks.

There’s just one problem with that. We all want happy marriages, parents who are supportive and wise, families that don’t resemble bad sitcoms, communities where everyone gets along and cultures that aren’t divided by political factions and civil wars, too. What makes us think we can control how our companies work when we can’t control how any other organization of two or more people functions?

Every organization on Earth is a construct of man and a function of the human condition, meaning it’s more about human psychology and relationships than anything else. As long as there are dysfunctional individuals and differences among us, there will be dysfunctional families, organizations, communities, cities, nations and yes, companies and their cultures.

On the flip side, the same ideals that built a great culture can also build great companies. Concepts like freedom, meritocracy, competition, personal accountability and transparency are all critical to free markets. Employees thrive at companies like Amazon and Apple because they’re built on a foundation of principles that are very similar to those that built this nation.

The thing is, even if CEOs could know all there is to know about business and management, there’s still a complex set of variables we simplistically call the human element that determines how they run their companies. And you simply can’t regulate, legislate or control that or risk losing what made those CEOs, their companies and the free markets successful in the first place.

Of the hundreds of successful founders, executives and VCs I’ve known over the decades, none ever attributed their accomplishments to a coach, a professor or an inspirational speaker. Business success comes from smarts, guts, experience, work ethic and decision-making, not books, blogs and self-proclaimed leadership gurus.