Posted by Steve Tobak on February 11, 2018 in No Comments 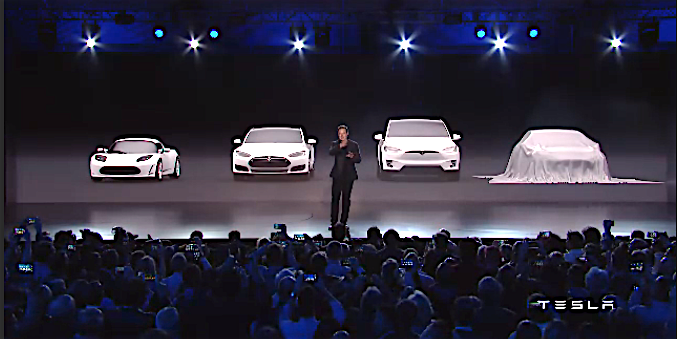 This column originally ran August 4, 2016 on FOXBusiness.com; thought it would be interesting to see how my prognostication was turning out.

Back in 2011, Tesla and SpaceX CEO Elon Musk confessed that he “never really wanted to run companies,” but concluded that he “was better than the CEOs” he hired. “Professional managers – MBA CEOs – are not very creative or adaptable,” he said, “and their skills don’t suit a startup.”

The thing is, Tesla is no longer a startup, which begs the question: Are Musk’s skills suitable to scaling and running a mainstream car company? From what I’ve seen, the answer is a resounding “no.” It’s simply not in his makeup. In my opinion, the Model 3 will be his and Tesla’s undoing.

Musk is a creator. An inventor. An innovator. As long as Tesla was in startup mode – building limited production high-priced vehicles – he managed to perform. But in terms of operations and execution on everything from product pricing and production to cash flow and profits, his track record has been abysmal.

Unfortunately, the Model 3 is not a creation or innovation problem; it’s an operations and execution problem. More important, it’s a competitive problem. The likes of Toyota, GM and Mercedes are not going to sit idly by while a new car company marches right in the front door and steals half a million cars a year in market share.

The only thing reliable about Tesla’s execution is how spectacularly unreliable it’s been.

When the Model S sedan was announced in 2008, it was supposed to “hit the roads at the end of 2010” and “sell for around $60,000,” according to the company. The Model S actually started shipping in mid-2012 and sells for an average price of $106,000. The Model X was also about 18 months late and, instead of costing less as planned, actually costs more than its predecessor.

Even at those prices, Tesla has never made an operating profit or been cash-flow positive. And it’s been plagued by quality and delivery problems. The notion that all those issues are magically going to disappear as it attempts to grow 10x while cutting prices by 60% is simply ludicrous.

That’s not incremental market demand, meaning those sales will have to come at the expense of other car makers. And now that they know that kind of demand exists, competitors will target that electric car model and price-point. That may not be an issue if Tesla could actually meet its targets, but history suggests otherwise.

Tesla has consistently taken three and a half years from prototype to delivery, which puts volume Model 3 shipments in the 2019 timeframe. That’s plenty of time for competitors to get to market. Moreover, bigger car companies will have a far easier time absorbing a loss leader than Tesla.

Keep in mind, those deposits are all refundable. How many do you think will still be valid three or four years down the road at a far higher price when Toyota, GM, Mercedes, Honda and who knows how many other car makers are all in the game?

Meanwhile, we tend to forget that Tesla is planning to build a high-volume car company in the San Francisco Bay Area, where the cost of labor and everything else is sky high. In addition to needing extraordinary amounts of capital to fund this massive build-up, it’s hard to see how Tesla makes money or achieves positive cash flow anytime soon.

The final factor working against Tesla is its leadership, or lack thereof. That kind of growth requires a solid, stable, top-notch management team. Unfortunately, you won’t find one at Tesla. The company’s website names just three executives: Musk, co-founder and CTO JB Straubel and CFO Jason Wheeler, who has only been with the company for nine months.

Over the past four months, the company has lost an alarming number of top executives, including VP of manufacturing Josh Ensign, VP of production Greg Reichow, VP of global communications Ricardo Reyes, VP of regulatory affairs and deputy general counsel James Chen, and VP of finance and worldwide controller Michael Zanoni.

Never mind the management distraction and capital requirements of bailing out SolarCity.

Maybe Musk was best suited to run Tesla, the innovative startup. But scaling that Tesla into a mainstream electric car company capable of flawless execution in a highly competitive market presents an entirely different set of problems that Musk has already demonstrated are beyond his capability to solve. It’s simply not in his DNA.