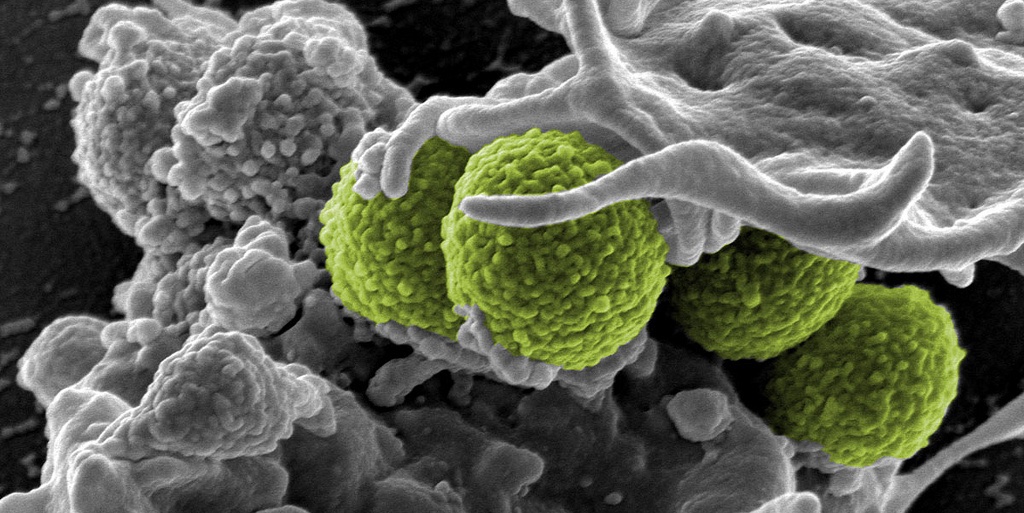 When Alexander Fleming accepted the Nobel Prize for co-discovering Penicillin in 1945, he warned that misuse could enable bacteria to develop resistance to his miracle drug. You can’t get much more prescient than that.

Today’s Earth is a veritable Petrie dish of antibiotic-resistant bacteria. And like the Martians in H. G. Wells’ The War of the Worlds, we are terrifyingly close to being rendered defenseless against common microbes that, in our case, have mutated into deadly superbugs.

Resistant bacteria infect 2 million Americans and cause 23,000 deaths directly and far more due to complications each year, according the Centers for Disease Control. And a 2014 report by the World Health Organization says “Antibiotic resistance is now a major threat to public health” with “the potential to affect anyone, of any age, in any country.

And a new study found a common superbug to be putting up a troubling new kind of resistance to a last-resort antibiotic.

Left unchecked, resistant bacteria can set us back decades and shake the very foundation of healthcare in America. Unless we develop new antibiotics that are effective against these superbugs, the risk of dire consequences from simple infections, common surgical procedures and cancer treatments will rise considerably.

The tragedy is that we did this to ourselves, courtesy of financial incentives that lead to the wrong kind of behavior and dire unintended consequences.

The problem is, it can take a decade or more to get through all the clinical trials on the way to FDA approval. So pharmaceutical companies are left with a tight window to sell enough volume to recoup their roughly $1 billion in development costs before their patent protection and market exclusivity runs out and the drug goes generic.

That, in conjunction with other factors, has led to antibiotics becoming the most overprescribed drugs on the market. Besides, since the medical profession is still in the dark ages when it comes to diagnostic tools (cultures take days to grow), doctors routinely prescribe one or more antibiotics first and figure out what’s going on later.

The CDC says that as much as half of all human antibiotic use is either unnecessary or inappropriate. And many of the broad-spectrum antibiotics prescribed also kill off good bacteria in our bodies, causing an imbalance that enables resistant infection to gain a foothold.

Since these drugs are so overprescribed and becoming less and less effective, patients often discontinue treatment before the full course is complete. That’s another way that resistant organisms survive and breed. Like us, whatever doesn’t kill them makes them stronger.

That’s just the people side of the story. More than three quarters of all antibiotics sold in America go to farmers who feed them to livestock in our food chain. Again, that just makes the bugs more resistant.

On the flipside, hoarding newer antibiotics and keeping them as a last resort when the old ones fail ensures that pharmaceutical companies never make a profit. That’s why big players like AstraZeneca, Bristol-Myers Squibb, Eli Lilly and Pfizer have stopped developing antibiotics in favor of treating chronic diseases like arthritis, high cholesterol and depression.

As a result, the number of effective antibiotics on the market is in steep decline. In fact, no new classes of antibiotics have been discovered in decades. So we’re now faced with a dilemma of being awash in resistant super-strains with a dried up drug pipeline with which to fight them. Not a winning combination.

A few years back the Obama Administration joined a chorus of governments around the world, announcing a national action plan to combat antibiotic-resistant bacteria. While some of the initiatives were steps in the right direction, the measly budget of $1.2 billion was much too little and too late to make a real difference. If only bureaucratic rhetoric could kill microbes, we’d be in great shape.

I think it’s time to quit hemming and hawing and get down to the business of bringing pharmaceutical companies back into the lab and developing new classes of antibiotics. The wrong incentives got us into this mess so the only way to get us out of it is to replace them with the right incentives.

Since the big roadblock for big pharma is the long and expensive road to FDA approval with little time left to make money, the simple answer is to remove that roadblock. Recent legislation has added a couple of years of additional revenue generation but that’s a drop in the bucket. We’re long past time for half measures.

We should extend the patent protection and market exclusivity for new classes of antibiotics by a decade or more. It’s not rocket science to do the math and determine what timeframe makes sense to incentivize 1) the right kind of behavior so drugs are not over or under-prescribed, and 2) ensure that antibiotics are a key, moneymaking product category for big drug companies and venture-backed biotech startups.

A number of people are exploring ways to decouple development costs from volume revenue generation using large cash awards and other novel ideas. While I think that can work in some situations, the fact is, corporations don’t easily adapt to unnatural acts and, for big pharma, that’s sort of an unnatural act.

The simplest and most straightforward answer is to extend patent protection and market exclusivity indefinitely, if necessary. I think that should also apply to diagnostic tests for infections, as well. The only way for doctors to write smart prescriptions is if they know what they’re dealing with.

Considering how important this is to the human race, it’s time to pull out all the stops and incentivize drug companies to get to work killing resistant bacteria before they kill us.