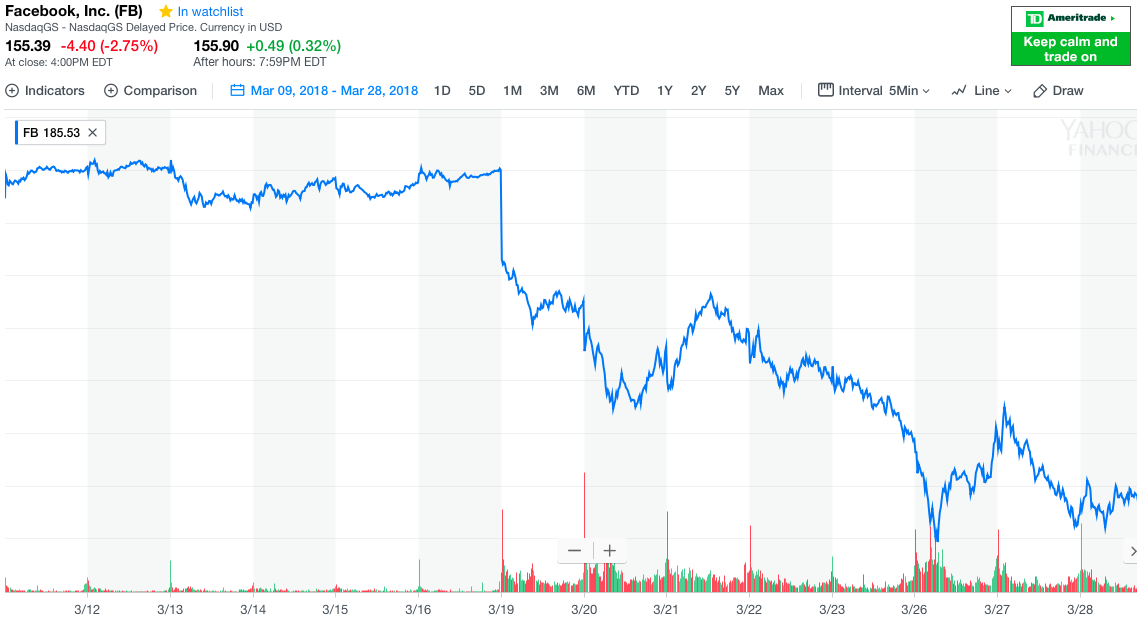 Since the snake talked Eve into eating that apple, countless scandals have taken down celebrities, CEOs and corporations. What’s different today? There’s a scandal practically every day. The click-hungry media, grandstanding politicians and social media hordes blow every little thing way out of proportion.

The thing is, scandals no longer have to be real to destroy companies and careers, as Facebook, Wells Fargo and FOX News host Laura Ingraham have all discovered.

Ingraham should have known better than to mock David Hogg on Twitter. The teen activist called on advertisers to boycott her primetime show, and more than a dozen did. Now Ingraham’s taking a break. Whether that was planned or not, you know she and FOX hope the hoopla dies down by the time she gets back.

What was so offensive that the media called Ingraham’s tweet a personal attack? She called Hogg a whiner. Was that petty? Yes. Childish? Sure. But an attack? Uh-uh. A scandal worthy of advertisers pulling out? No freaking way. And yet, here we are.

David Hogg Rejected By Four Colleges To Which He Applied and whines about it. (Dinged by UCLA with a 4.1 GPA…totally predictable given acceptance rates.) https://t.co/wflA4hWHXY

The Facebook data mining scandal was not a hack. No sensitive personal information was stolen or leaked. I doubt if any of the 50 million users affected were ever aware of it. Many campaigns used the same developer API that allowed third-party apps access to consenting users’ friends’ data, including Barack Obama in 2008 and 2012.

In every sense that matters, what became known as a massive data breach was really just a big fat nothingburger. And yet, it created a media firestorm that’s still spreading, Mark Zuckerberg is under fire, the stock has caved in and politicians from Washington to Brussels are talking about regulations.

Related: Why Facebook ‘Scandal’ Is a Big Fat Nothingburger

And who can forget the Wells Fargo scandal that had the media in an uproar and Congress in a frenzy calling for CEO John Stumpf’s head, which they eventually succeeded in getting? Some even called it a massive fraud on par with Enron or the sub-prime mortgage crisis.

Want to know what it was really all about? To meet overly aggressive sales goals, employees created a total of 2 million fake accounts that netted the bank all of $2.6 million. That’s on average $1.30 per customer. Wells Fargo had already fired the offending employees and made customers whole by the time the news broke.

What the bank did not do is get rid of the dumb incentive program. Was that a mistake? Yes. Should executives have been held accountable? Absolutely. Was it as horrific as the press and politicians made it out to be? Of course not. And yet, the 150+ year-old company’s brand and share price never recovered.

Related: Guys: Want to Avoid Losing Your Job Over a Sex Scandal? Do This

The single thing all three stories have in common is that those involved were all taking risks and pushing the envelope. Ingraham was pushing her personal brand as an opinionated commentator. Facebook was pushing its unique value to advertisers, user data. And Wells Fargo was pushing accounts, whether customers needed them or not.

Conventional wisdom says that business leaders should take risks. Push the envelope. No pain, no gain and all that. How do you know if a risk is worth taking or when you’ve gone too far and it’s time to pull back on the reins? I want to say common sense and transparency, but there are times when even that fails. In that case, never take a potential crisis lightly, even a fake one.