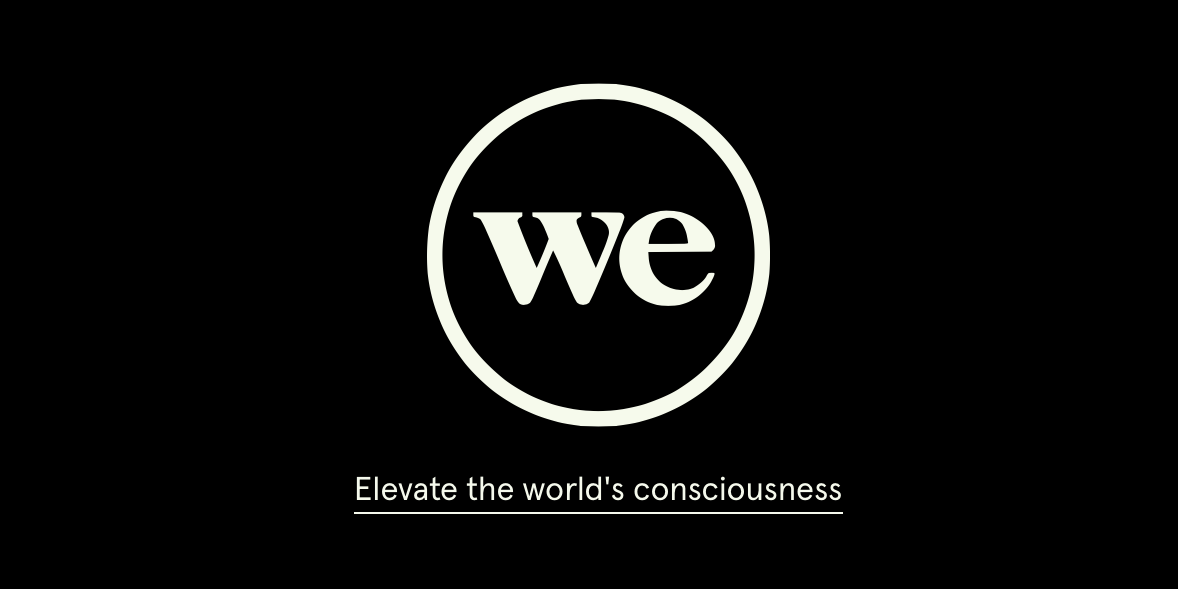 You take your eye off the ball for a few minutes to get a little work done and the whole entrepreneurship-crazed world goes freaking bananas.

WeWork, a venture-backed unicorn that rents shared office space to startups and freelancers has rebranded as The We Company. We’s new mission: To elevate the world’s consciousness.

I’ll pause and let that sink in for a moment.

Wait, it gets better. The company apparently has a few additional missions it plans on getting done, sort of on the side I guess:

WeWork’s mission is to create a world where people work to make a life, not just a living.

WeLive’s mission is to build a world where no one feels alone.

WeGrow’s mission is to unleash every human’s superpowers.

I think we need another pause here.

Just to be sure I have all this straight, this company is going to elevate the world’s consciousness, create a world, build a world free of loneliness and unleash every human’s superpowers.

That’s a pretty tall order for a company that rents office space, don’t you think?

Anyone else sense a God complex here? I wonder if it’s a coincidence that a picture of the company’s founders on its website (below) has CEO Adam Neumann dead center and his wife Rebekah Neumann’s head cut completely off? Hmm…

Just when you thought mission statements couldn’t get more overwrought and ludicrous.

You really can’t make this stuff up.

Hat tip to Alison Griswold of Quartz for raising my consciousness on this nonsense.