Posted by Steve Tobak on December 9, 2021 in No Comments 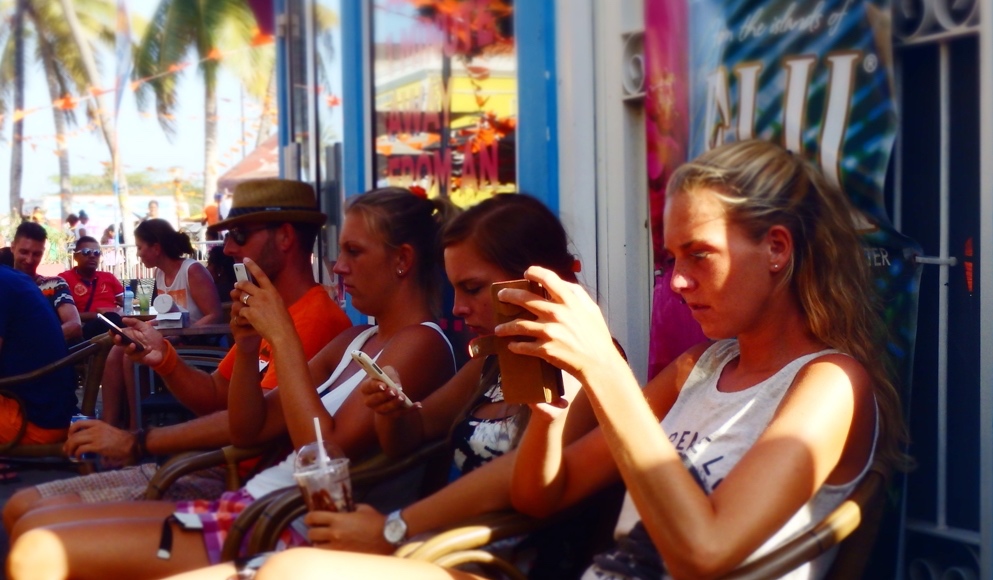 The more time we spend on social networks like Facebook, Twitter and Instagram, the less social we become. At least that’s a fear many have. There have been studies that validate it, but that’s hardly surprising. I suspect we all know it’s true; we’re just so in love with our gadgets that we don’t want it to be true. And therein lies the real concern.

It’s not just that we spend so much time growing our relatively superficial online connections that it’s distracting us from building deeper relationships with real people. We’re also becoming less socialized, meaning we may be losing the behavioral skills that help us successfully engage others in person, and in business.

We may be living in the communication age – an era defined by conversations, crowds and collectives – but I think communication bubble is closer to the truth. We talk a good game, but our actions say otherwise. In my experience, we are becoming less comfortable, less pleasant and less cooperative with each other.

These concerns are admittedly reminiscent of fears from back in the day when calculators first became popular: Nobody can do simple arithmetic anymore. What will happen when we don’t have those gadgets to rely on?

Those fears turned out to be legitimate, if unwarranted. Maybe fewer can do math in their heads or on paper, but so what? The gadgets are everywhere. They’re ubiquitous. In the overall scheme of things, the change was a difference without a distinction. On the contrary, few would argue that computers have enriched our lives.

But the way our culture is changing is another matter entirely. At our very core, we are social creatures. In many respects, we exhibit pack or herd-like behavior like other animals. But the way we engage each other is uniquely human, a distinguishing characteristic of what we call human nature. And look how very far we’ve come.

Our social nature was a key factor in advancing from caves and tribes to villages and cities. Granted, opposing thumbs and standing upright played a role. So did the evolution of frontal lobes, which led to critical thinking, the scientific method and modern technology. But the fundamentals of civilization are deeply rooted in survival instincts that date back millions of years.

As we become less social, does civilization begin to devolve? Is that what we’re beginning to see now in the steady erosion of family values, the diminishing of religious faith, the growing hunger for sensationalistic media and all the hate-filled online trolling? Those are weighty questions to which none of us have the answers.

What I do know is that social skills play an important role in our careers – landing jobs and promotions, building business relationships, managing employees, winning customers and leading organizations of all types and sizes. While those skills can be learned later in life, they’re better learned when we’re young and impressionable.

Growing up on the streets of New York, if you wanted to gain acceptance and build friendships, you learned how to read people and determine how, when and if to engage them. It’s not the least bit surprising that so many great leaders and success stories came from inner cities – competitive environments where social skills were key to survival.

The other day I saw a Wall Street Journal story about how to build rapport with an interviewer to improve your odds of getting a job. The tips come from researchers who studied bartenders, retail salespeople, stand-up comedians and others whose livelihoods depend on their ability to connect with others. I had to laugh. Only in this day and age do we need studies to tell us how to engage others and why it matters.

Whatever you do for a living, career success is all about building relationships. Even though we’re becoming more comfortable looking at two-dimensional screens than staring into each other’s eyes, nothing important happens in the business world until two people meet face-to-face. And more often than not, making a real connection with the guy sitting opposite you will make all the difference.

A version of this post originally appeared as a FOX Business column in 2016.