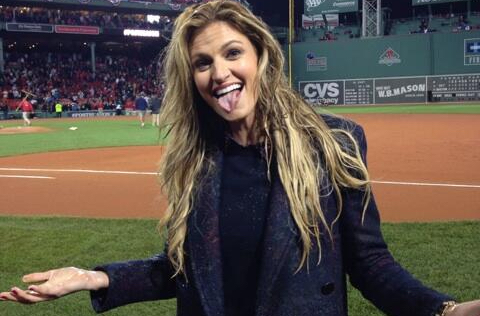 Narcissism. Voyeurism. Exhibitionism. Hypocrisy. I’m sure we can all agree these are not the greatest qualities. And yet, they appear to be more common aspects of the human condition than any of us would like to believe.

We’re always appalled when people have their privacy violated. Like the creep who spied on Erin Andrews through a hotel peephole and posted a nude video of the sportscaster online, and the video of former wrestler Hulk Hogan having sex with his friend’s wife posted by Gawker Media.

Both incidents sparked mega invasion of privacy lawsuits. Andrews was awarded $55 million and Hogan is seeking twice that much since millions of people downloaded the videos. Millions of creepy voyeurs. One thing’s for sure. The demand is there. But does anyone ever stop to think about how screwed up that is?

A few years back I was forwarded a link to a secret video a guy made of his loony wife throwing a wild temper tantrum in the car like a spoiled little child. He posted it on YouTube, where it remains to this day … having now been viewed more than 7 million times.

Don’t get me started on the audiotape of Alec Baldwin going nuclear on his daughter or the absolutely insane Mel Gibson tirade aimed at his now ex-girlfriend, I can only assume. We all eat this stuff up.

But we’re also not the least bit shy about texting, tweeting, and posting every little detail of our own silly lives, not to mention lewd pictures and compromising videos.

We freak out over NSA phone metadata, all the while using free Google software that captures our search history, email content, buying habits, and location to blanket us with targeted contextual ads. Oh the hypocrisy.

Way back in 1999, before the turn of the millennium and terabytes of user-generated $#!* hit the fan, Sun Microsystems CEO Scott McNealy famously said, “You have zero privacy anyway. Get over it.”

As unpopular as that viewpoint was at the time, especially among consumer privacy advocates and watchdog groups, the man was right, and in more ways than one. Even he couldn’t have predicted that we’d willingly give up our privacy for the thrill of exhibitionism and some free apps.

Here’s one for the Urban Dictionary: Hypocritical narcissist: Someone who whines about privacy, then Googles “Erin Andrews video” and posts on Facebook.

Still, some of us do value our security and privacy, especially when it comes to our most important information – healthcare, financial, and the like. And make no mistake, if the Justice Department gets its way and Apple is forced to create an encryption backdoor, that will be exploited, and not just by cybercriminals; by the good guys, too.

I guess we all want to have our Internet and our privacy too, but I’m afraid you can’t have it both ways. On second thought, maybe you can, as long as you keep your inner narcissistic hypocrite at bay, steer clear of Google, and let the dopey politicians know you want the men in black to keep their creepy little hands off Apple’s products.