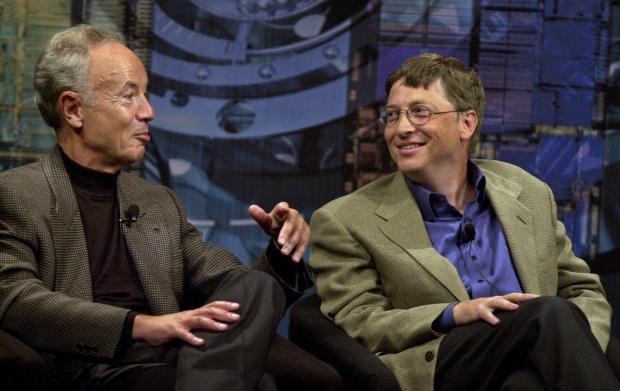 Former Intel CEO Andy Grove died last week. I used to run marketing for a microprocessor company named Cyrix in the 90s. We went head-to-head with Grove. He was one hell-of-a competitor. We won a few battles. He won the war.

Everyone and his brother talks about changing the world. This guy really did. Big-time.

Grove famously believed that only the paranoid survive. That success is its own worst enemy. He was right about that. He was one of a kind; that’s for sure. Brilliant. Far-sighted. He was also a raging control freak. A real ball-buster if you got on his bad side. But he never made apologies for the way he was. He owned it.

That’s common among the greats. Grove. Gates. Jobs. They own who they are, faults and all.

Over the years, I’ve changed a lot of things about myself. I went through a rough patch in college. You know, sex and drugs and rock & roll, that sort of thing. I was flunking all my physics classes (unfortunately, that was my major) with just three weeks before finals when my girlfriend and I went to see a production of Pippin.

It was magical. Inspiring. More important, it gave me perspective on life. What the hell was I doing? I didn’t really know. So I thought about it. Then I knew. And I never looked back. I went back to my room and crammed for 21 days straight. No drinking, no drugs, no anything. Just study. I aced everything.

I used to smoke too. One day I’d just had enough and that was it. Sure, it was hard, but I got through it. What can I say? I can be crazy disciplined once I set my mind to something. Funny thing is, I’ve always been that way. Self-destructive … but only to a point.

You can change a lot about yourself, but you can’t change who you are. So you may as well own it, faults and all. That’s the only way to be whole. The only way to become the best version of you is to be the genuine you. Think about it.