Posted by Steve Tobak on November 2, 2016 in No Comments 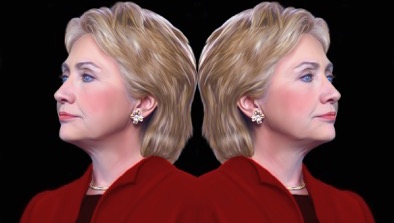 I see so much bad behavior these days it isn’t funny. Duplicitous behavior. People talk a good game but their actions tell a different story. I’m not sure if that dynamic is more pronounced than it used to be or that we see more of it because everyone puts it out there on the web. All I know is, it makes my head spin.

Not that I’m a saint, mind you. We’ve all done things we’re not proud of and I’m no exception. Everyone lies. Everyone sins. But when it comes to important matters, I’ve tried to be consistent and, for the most part, succeeded. The masses, on the other hand, don’t seem to be doing quite as well.

The latest fad to catch my attention is the growing wave of narcissists that use stories of personal tragedy for PR purposes. They use unspeakable events that happen to them and their families – debilitating car wrecks, domestic violence, autistic children, even deaths – to get attention and build their personal brands. It’s disgusting.

Then there’s the diversity and inclusion myth. Everyone talks about it, but their actions don’t seem to include those who disagree with their increasingly narrow and politically correct point of view. That much is loud and clear from the way Peter Thiel has been vilified by Silicon Valley elites and the gay community for backing Trump.

Don’t even get me started on this election cycle: Hillary Clinton’s email scandal, Comey politicizing the FBI, the pay-for-play Clinton Foundation, the DNC’s efforts to marginalize Bernie Sanders, the bizarre Anthony Weiner-Huma Abedin-Hillary Clinton triangle … I can go on. Granted, Trump’s got his issues, but at least he doesn’t claim to be a saint.

What do all these people seek? Fame and fortune. Position and power. Material possessions. Reinforcement of their insatiable egos. The usual stuff.

The thing is, it isn’t worth it. It’s never worth it. Even if the potential rewards seem beneficial, they’re always outweighed by the downside risk. Then there’s Karma – not in the afterlife, but in this life. You can only rationalize or burry bad behavior for so long. Sooner or later, it bubbles to the surface and haunts you.

Look, I know the pressure to conform is enormous. But of all the cultural trends that threaten the integrity of our society, the most insidious, I think, is all the talk about doing good, aiding causes, and changing the world, while our actions show the selfish greed and narcissism that’s in our hearts.

The older I get, the more aware I become of how little there is to gain and how much there is to lose by such duplicitous behavior.

Whatever it is that keeps you on the straight and narrow path – faith, work ethic, family values, a sense of purpose – it doesn’t really matter. Just as long as you stay focused and stay on that path. If you’re tempted to stray, think about what really matters to you. Think about the big picture. Material gain is never worth compromising your principles.