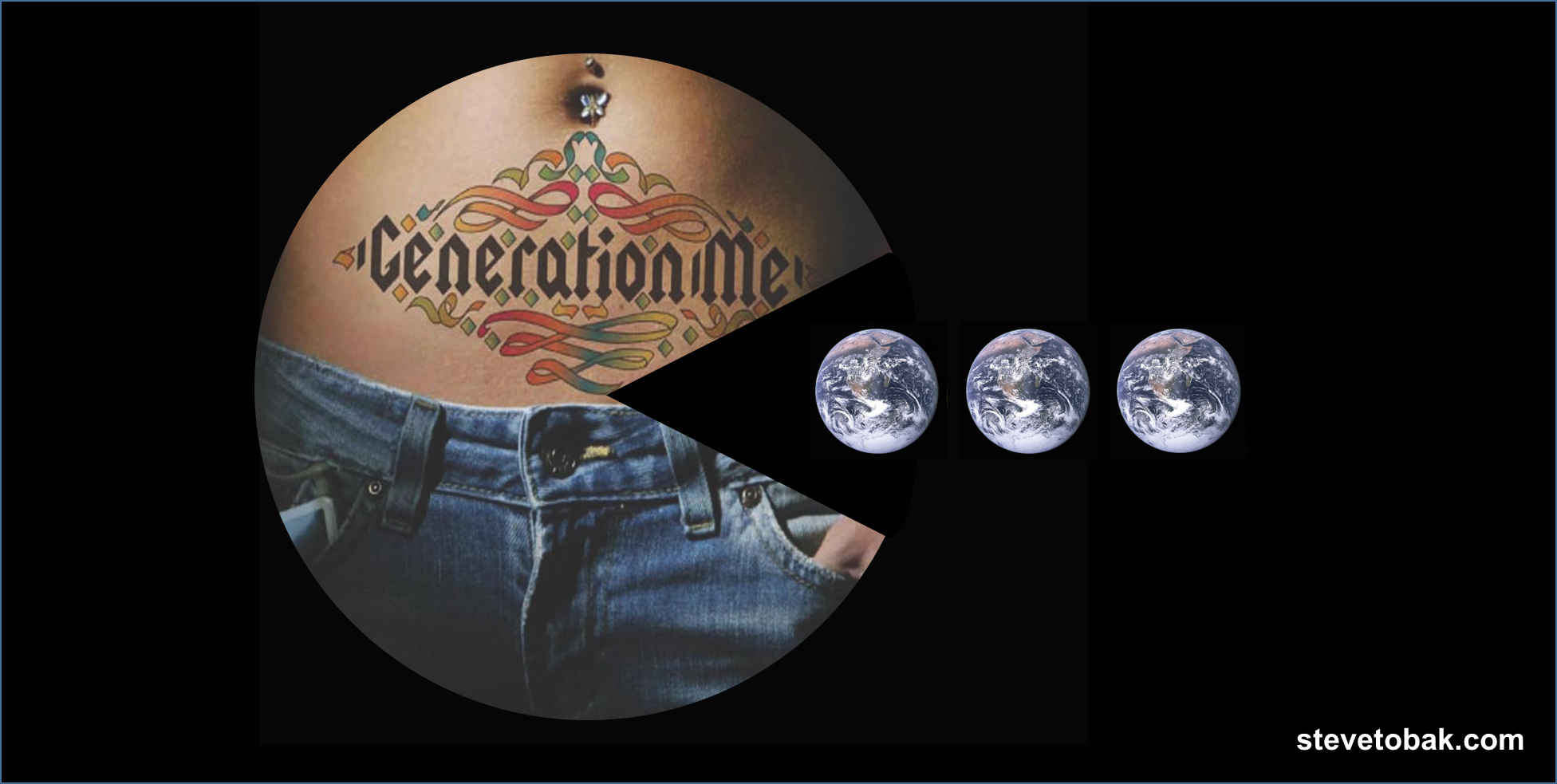 Babies are the ultimate narcissists. They absolutely believe the world revolves around them. And they’ll do anything to get our attention: look cute and gurgle, grab our fingers and never let go, scream their little heads off. Whatever works, good or bad, they’ll do it.

The thing is, babies have good reason to behave that way. Their lives actually depend on it. Seeking attention, connection, and community is a key function of the human limbic system that ensures the survival of the individual and ultimately the entire species. That same survival imperative led to tribes, villages, cities and civilization.

It’s true; we all start life as entitled brats. But somewhere along the line, we learn through experience and teachings that the world is a very big place and it’s entirely up to us to find our place in it. We develop a sense of humility and empathy. We gain perspective. In other words, we grow up.

But some people never grow up. For whatever reason, they become stuck in an early stage of human development and never fully mature. They look like adults. They dress like adults. But inside, they are bottomless pits of entitled need. And they’ll do anything for attention, good or bad.

Narcissists used to be rare. Then a funny thing happened. Parents and teachers began coddling kids. Treating them like the world actually does revolve around them. Like their every little whim matters big-time. Like they’re special, and yet somehow all the same (don’t ask; I don’t get it either). For whatever reason, people began treating each other the same way. And political correctness was born.

Technology reinforced those insidious trends. Kids got on Facebook and Twitter, created YouTube videos, and got the attention of millions of people. Smartphones and game machines made them feel powerful. The internet became the most powerful medium for reinforcing cultural norms and groupthink in human history. And adults were affected too.

That’s how kids of all ages developed an exaggerated sense of self-importance, otherwise known as narcissism. That’s how we became a generation full of whiny brats. Some blame the kids – millennials – but that’s not how it happened. Their parents did this. My generation did this. The baby boomers did this.

The boomers created Generation Me.

That’s how we ended up with countless self-proclaimed entrepreneurs who’ve never actually run a business or had a real job. Experts blogging in their parents’ basements. Vitriolic trolls flooding social media. Thin-skinned snowflakes that are offended by every little thing. And a politically correct culture with powerful special interest groups and teams of lawyers to beat down resistance and maintain the status quo.

Don’t even get me started on the big government bureaucrats that tell us what we can and can’t do with our bodies, our families, our properties, our jobs, our companies and our industries. Or how we can no longer say what’s on our minds for fear of screwing up and getting in trouble. Somehow, we’ve all ended up like little children.

My generation may have started this thing, but it’s up to each of us to end it. We can do this, but it won’t be easy. This is America. Our founding fathers faced tyranny. And they fought for their freedom until they were free of tyranny. That’s what we have to do.

We have to fight. Fight the coddling, the entitlement, the runaway political correctness, the groupthink, the status quo, the school indoctrination system, the intolerance masquerading as tolerance, the rank hypocrisy, the nanny state, the lying politicians, the bureaucrats and administrators, and of course, the lawyers.

Say what you mean and mean what you say. Have the courage to tell people the truth, not what they want to hear. Stand up for what you believe in. Fight for your freedom. Never give up and never surrender. And know one thing: I will always be fighting right alongside you, and until they pry this MacBook out of my cold dead hands, this will always be a safe place for you to say whatever’s on your freakin’ mind.