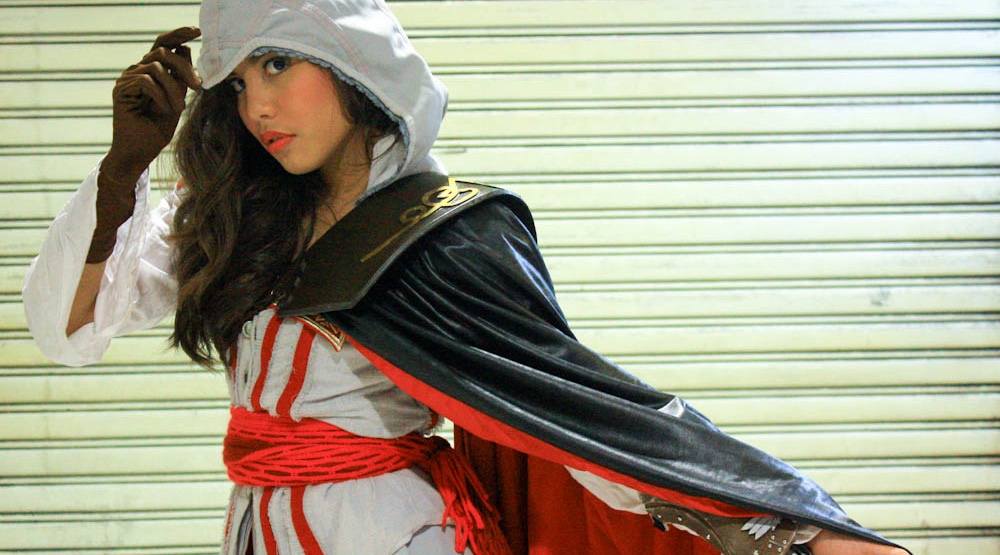 Every morning, we wake up resembling a pile of dirty rags and somehow end up leaving the house looking (and hopefully smelling) presentable. And unless you have to wear some sort of dopy uniform, you probably wear clothes that in some way reflect your inner feelings.

Don’t believe me? Ask any shrink worth her crazy fee. The way you dress is a window into your subconscious. Of course, it helps if you know how to interpret the data. Sometimes your conscious mind overrules your inner self, so you end up looking the opposite of how you feel. What can I say; the human mind is complicated.

Enough with the psychobabble. The idea is that the way you dress matters. People notice, and it influences their perception of you. Bosses, CEOs, famous politicians, even the media have commented on my choice of clothing for decades. That can’t just be random.

Way back when I was an engineer designing chips for Texas Instruments, my manager, Dick, told me I should consider dressing differently if I wanted to get ahead. He had a point. I was wearing torn overalls at the time.

Years later I read Dress for Success and began taking this stuff a bit more seriously. When I became a sales executive calling on customers, I started wearing sport jackets or suits and ties. I don’t know if that made a difference to customers, but it sure made me feel like a pro. And I kicked butt. Coincidence?

I may clean up well, but inside the four walls where I work, I’m strictly a blue jeans, untucked shirt, and sneakers guy. In summer it’s shorts, tank tops and flip-flops. I guess that’s my self-image. At home I’m into old, ripped clothes. That’s what comforts me. Why, I have no idea. You’ll have to ask my inner self.

When I worked at microprocessor maker Cyrix in the mid-90s, the late great Jack Kemp – quarterback slash politician extraordinaire – sat on our board of directors. That didn’t entirely make sense to me, but he was a great guy, very uplifting, and really fun at parties. Even he commented on my clothes.

Our CEO once thought it would be a good idea for some of us to attend an event where Jack was speaking. As he walked in and saw me, he stopped, sort of flipped my tie, and said, “Nice tie, Tobak. Breaking out the spring wardrobe?” I guess that’s what politicians do – they schmooze – but still.

During a late night after party at a Las Vegas trade show, I once told a reporter that I had tons of Intel paraphernalia from my previous life and, since I can’t wear the logo shirts out (Intel was a competitor), I wear them around the house. The following week, a headline in the Newsmakers section read “Cyrix Marketing VP Wears Intel Inside T-Shirts to Bed at Night.”

How was I supposed to know the reporter wasn’t as drunk as I was at 2am … or that what I wear to bed is news?

After National Semiconductor acquired Cyrix, CEO Brian Halla always seemed to have something to say about how I dressed. It was sort of strange. At lunch with a bunch of other execs, he once told me I could get the wrinkles out of my blue jeans by laying them flat after they come out of the dryer. Hell of a tip, actually.

Another time he chided me for wearing a sport jacket over blue jeans. Said he didn’t get the look. When I ran into him years later, the first words out of his mouth were, “You need to stand closer to your razor, Tobak.” That was ages ago. Now everyone dresses up jeans and does the grubby look. Who knew I was such a trend-setter?

When I worked for former Rambus CEO Geoff Tate, he said he owned one tie, which he wore with his one white shirt and one suit. I don’t believe the guy could actually dress himself. At least he knew his fashion limitations. You’ve got to respect that.

There is one trend that bugs me, though: personal uniforms. I get why Steve Jobs did it. He had big things on his mind and couldn’t be bothered with what to wear. But I have one word for those who cloned his look: losers. And those who have their own uniform probably hope that someday they’ll have their very own losers emulating them. It’s all vanity.

Please don’t troll me over the story’s gender bias. It’s nothing nefarious; I’m just not qualified to comment on women’s clothing. But I will say that female executives have often told me that they have to dress up more to be taken seriously in the male dominated tech industry. I believe that’s true, and sad.

The way you dress and look is a pretty big deal. People notice. People comment. It influences how they perceive you. It makes a real difference. And yet, we’re hardly aware of what’s going on beneath the surface.

So go ahead and dress for success, or failure. Show your innermost self, or try to cover it up, if you can. Do whatever turns you on or comforts you. Just remember, what you wear or have to say about what others wear may say more about you than you realize. On the other hand, sometimes a shirt is just a shirt.