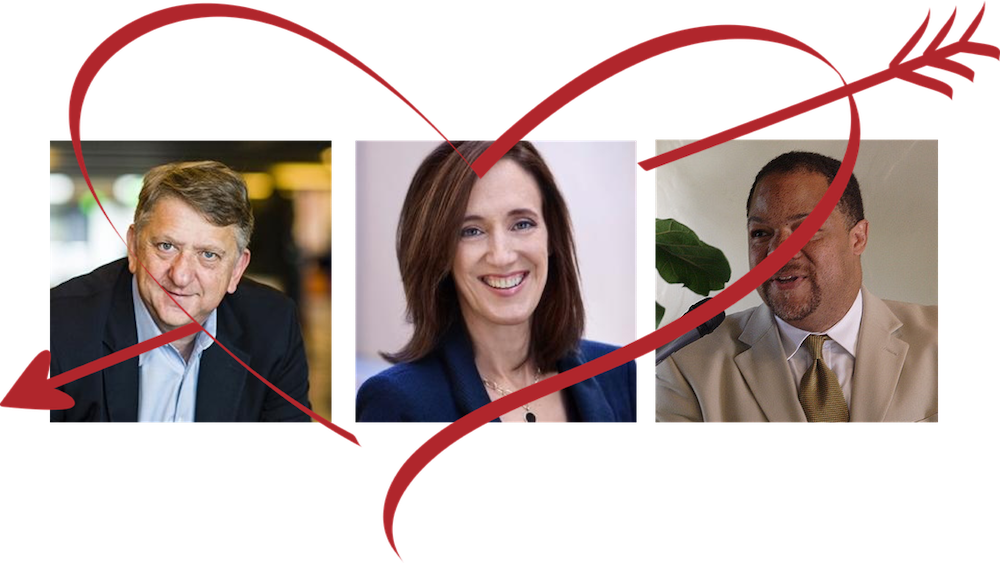 Fallout from a lascivious love triangle at Stanford’s Graduate School of Business (GSB) claimed the school’s dean, sparked lawsuits and countersuits, and threatened the reputation of one of the nation’s most prestigious business schools. And then GSB did the unimaginable, dragging Apple into the fray. Oh yes it did.

What happens next is anyone’s guess, but what’s happened so far would make for a killer season of Real Housewives of Silicon Valley on Bravo.

The 12-year marriage of GSB professors James Phills and Deborah Gruenfeld had been on the rocks for some time. In 2012, Gruenfeld finally decided to call it quits and moved out. That sparked a bitter divorce and custody battle that has cost the couple nearly half a million dollars. Years later, it’s still ongoing. None of that is unusual, but this is:

Soon after the separation, Gruenfeld began a clandestine affair with GSB dean Garth Saloner, who happened to be both her and her husband’s boss. And wouldn’t you know it, Stanford ended up firing Gruenfeld’s estranged husband, ostensibly for taking several leaves of absence to teach at Apple University.

While Saloner disclosed the incestuous relationship to Stanford provost John Etchemendy and publicly claimed to have recused himself from the termination decision, Phills retained access to his wife’s emails and text messages, including “private” conversations with her new boyfriend, who seemed to be very much involved.

So Phills sued the school and the dean for wrongful termination, alleging the usual litany of hostile workplace, ongoing retaliation and harassment. In addition, he said that GSB was trying to force him out of his home by recalling a low-interest rate loan, now that his wife is no longer living in the home they built on campus.

It’s sort of funny how lawsuits like these always turn out to be a gift that keeps on giving because, if either party has any dirty laundry (and who doesn’t), it will turn up in the discovery and deposition process sooner or later. This case is no exception.

In addition to the salacious not-so-secret communication between the conniving lovers, a 2014 petition signed by 46 current and former employees apparently sought to keep Etchemendy from re-appointing the dean to a new 5-year term, claiming that Saloner was a bully who ruled by “personal agendas, favoritism and fear,” according to Vanity Fair. While Saloner was rehired, in September, he resigned in the wake of the lawsuit.

Of course, Stanford said Phills’ complaint is baseless and countersued, claiming that his eavesdropping on the new couple’s messaging was illegal, computer fraud and an invasion of Saloner’s privacy, according to the New York Times. But then the university took the unusual step of dragging Apple into the sordid mess, claiming the rights to the course material Phills now uses to teach there.

That pits the school against Silicon Valley’s most powerful company, Apple. While Stanford’s action does appear to be an overzealous overreach that goes against established academic practice of allowing course material developed by professors to be their own intellectual property, whether that’s consistent with copyright law remains to be determined by the court.

Poets&Quants, a publication that covers B-schools and has reported on the scandal since the beginning, points out the blatant duplicity of Stanford’s claims, considering that it doesn’t seem to have a problem with any other professors enriching themselves using work derived while teaching there.

For example, Gruenfeld secured a $900,000 advance for an upcoming book that happens to have the same title as the one course she teaches at Stanford, “Acting With Power.” She also reportedly sells DVDs and gets $25,000 a pop for speeches on the same topic. Go figure.

An even greater irony is that Gruenfeld spent her entire career researching the psychology of power and influence. She sits on the board of Facebook COO Sheryl Sandberg’s “Lean In” nonprofit and is co-director of GSB’s executive program that advises women leaders – presumably on how not to end up in situations just like this one.

This is the point in the story where I usually say you just can’t make this stuff up, but then, this sort of thing is becoming so predictable. Whether it’s government or academia, bureaucracy breeds incestuous cronyism where those in power think the rules don’t apply to them, and those who whine about bullying end up being bullies. None of this reflects well on the nation’s top ranked business school.

On a personal note, I took a couple of MBA classes as a young engineer, said screw this, and never looked back. That turned out to be a wise decision. I learned everything I needed to know on the job and from Mark McCormack’s What They Don’t Teach You at Harvard Business School. Maybe someone should write What They Do Teach You at Stanford Business School … But Shouldn’t.

Update: While this happened in the fall of 2015, not much has changed. To my knowledge, all the lawsuits are still ongoing, Phills and Gruenfeld are still officially married, Gruenfeld and Saloner are still profs at GSB, and Phills is still teaching at Apple University. And no, you just can’t make this stuff up. Earlier versions from Fox Business and Entrepreneur.