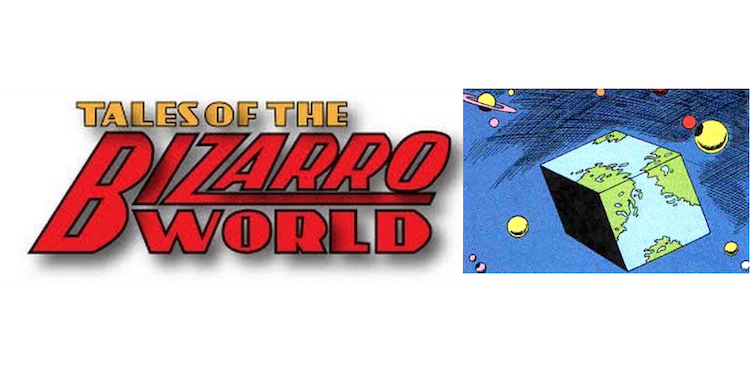 “Nobody told me there’d be days like these; strange days indeed, most peculiar mama.” – John Lennon

What if you woke up one day in a bizarro world overrun with people whose self-image is a strangely twisted version of reality. People who say anything but what they mean and rarely mean anything they say. What would that be like?

Disingenuous phonies spouting off about authenticity.

Rabid protesters exercising their right to free speech to silence those they disagree with.

Entitled people with their hands out calling hardworking businesspeople greedy.

Lying politicians who make a living accusing their opponents of lying.

A-holes who say life is too short to work with a-holes.

Life coaches whose own lives are completely screwed up.

People who really believe that a handheld gadget makes them special, powerful, capable of changing the world.

When people say, “The fact is …,” the next thing out of their mouths is usually an unsubstantiated opinion.

Imagine that? I’ve been watching our world become that bizarro world for years and years now. Whenever I think it can’t get any more bizarre, it does. John Lennon wrote “Nobody Told Me” in 1980. He must be turning in his grave.

I guess the rampant public reinforcement of bad behavior is just making more and more of us think it’s cool. Bad behavior is becoming the cultural norm. It certainly seems that way.

The question is, how did we get here? How did we become a society full of idiots, nuts and jerks who think they’re the only smart, sane and nice ones in the room?

I can only think of two ways it can happen. Either they’re all on the narcissistic – psychopathic personality disorder spectrum, or those twisted views have been consistently reinforced their entire lives – at home, in school, on TV, online, everywhere.

Of course, those two conditions are not mutually exclusive; the latter can certainly cause the former. I suspect that is indeed the case.

Here’s the thing. If you’re brought up with a strong work ethic, a sense of personal accountability, a clear distinction between right and wrong, a belief that you can overcome adversity and achieve all you’re capable of achieving, you couldn’t possibly behave the way the bizarros do. And the bizarros think that’s all a bunch of nonsense.

That, I believe, is the essential divide in our country – throughout western civilization, actually. The great irony, of course, is that, whichever side of the divide you’re on, your beliefs will be self-fulfilling. Of course, bad things happen to good people, but being disingenuous only makes things worse. If you live a lie, that’s all your life will ever be.