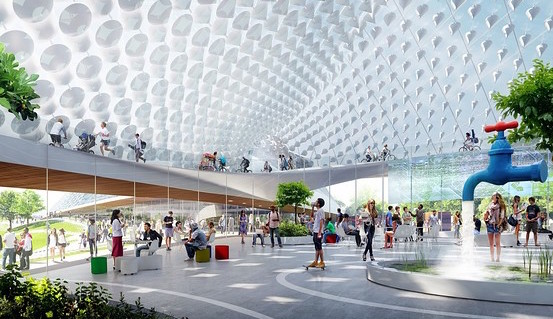 Years ago, I switched to a new primary email address but never changed it with the agencies that PR people get their databases from. To this day, it gets nearly 100 emails a day, pitching me dumb stories I never have to see. The vast majority are not mass mailings. They’re personalized, relating to recent stories I’ve written.

Day in, day out, for years and years, they pitch a guy who never responds at a ghost account. What does that say about the PR business, these days? It’s sad. Really.

I do look at it from time to time, just for kicks, and occasionally catch an email from some slacker I used to work with in the tech industry. God knows, there have been so many. Come to think of it, I’ve worked with an awful lot of people who really have no business earning a salary. Actually worked for a few, too.

People wonder why I have so much faith in corporate America. One of the reasons is that virtually none of those losers from my past ever amounted to anything. Maybe one in 20, and I chalk that up to them growing up and getting serious about work. You never know; it can happen. The rest got weeded out pretty darned effectively. At least, that’s the case in well-run corporations.

Whenever I hear from readers who are disillusioned about the workplace and think the fix is in — that political kiss-asses get promoted while good, hardworking folks get the shaft — it usually turns out that they work for crappy little businesses wrought with cronyism or in highly regulated industries full of small-minded bureaucrats. It never fails.

Funny how highly competitive companies like Amazon, Apple and Uber — where meritocracy rules and you really have to know your stuff, work your tail off and do great work to get ahead — are often described as brutal workplaces. When the media targets companies for being rough on employees, that usually means they’re rough on slackers. If you’re an overachiever, that’s where you want to work.

We tend to think of big corporations as places where bureaucrats can hide out. Not necessarily true. Not in those companies. That’s what government, education and highly regulated industries are for. That’s where all the slackers who think they deserve a trophy just for showing up belong. That, and strangely enough, a lot of dysfunctional smaller companies. And of course, there’s HP.

In my experience, it always comes down to leadership and culture. That’s what makes all the difference.

Of course, there are exceptions, your mileage may vary, objects in mirror are closer than they appear, etc.