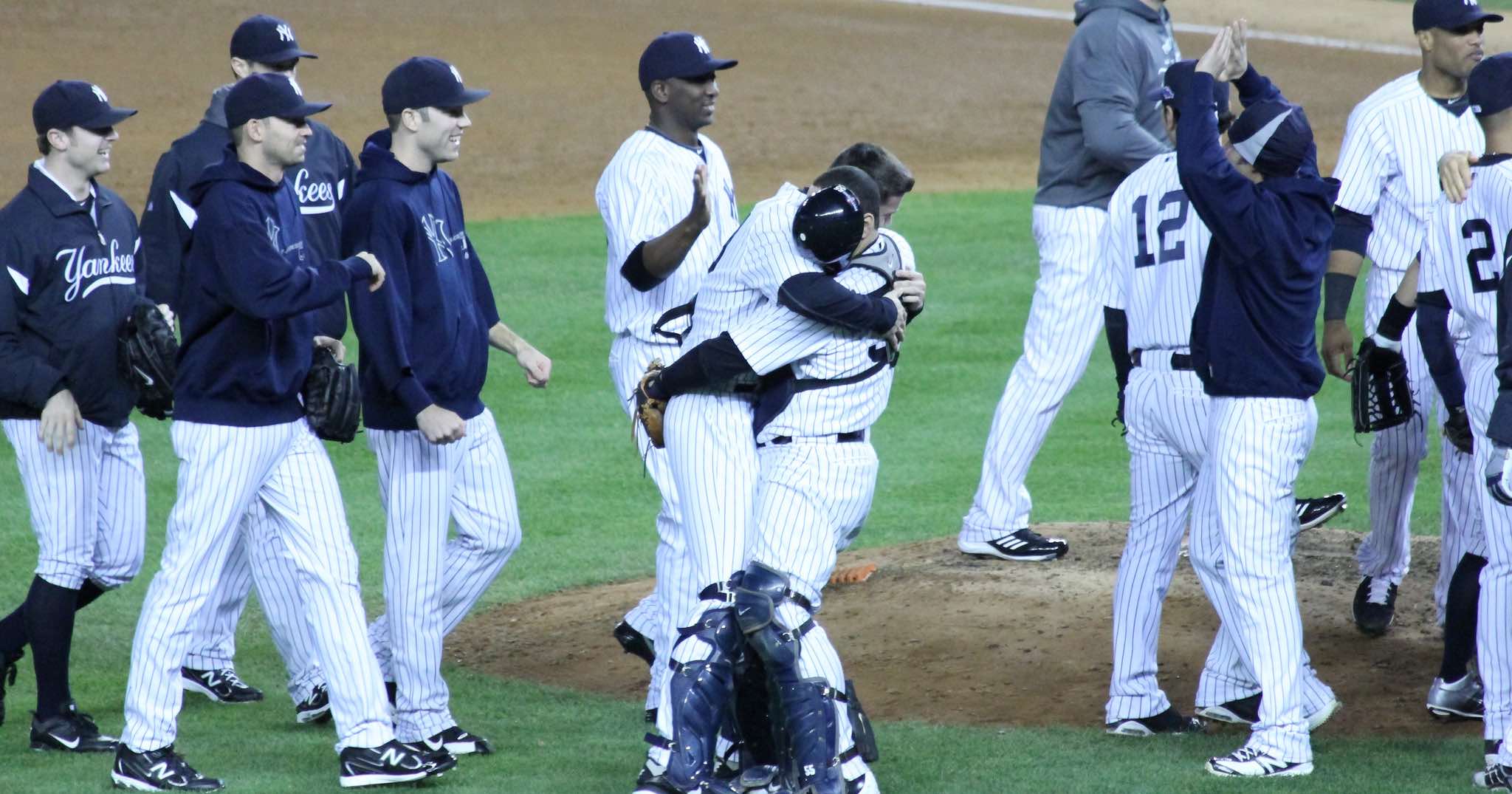 I’m a diehard Yankees fan. It’s not surprising, since I come from New York where baseball is a pretty big deal. But growing up, nearly all my friends rooted for the Mets, especially after they won the ’69 World Series and became the Miracle Mets. The Yankees, on the other hand, sucked big-time.

This year’s franchise – an odd mixture of rookies and veterans in rebuilding mode – has surprised everyone with baseball’s best record. Two nights ago, they won an 18-inning marathon after blowing a three-run lead in the ninth, setting club records for pitching strikeouts and batters striking out in the same game. You don’t see that every day.

They sure are a fun team to watch. To play for, too. It’s interesting how so many commentators and players say the same thing about this year’s team: It may not last, but for now, it sure is fun.

The thing is, that’s exactly how I’ve always felt about life. I imagine lying on my death bed and thinking, well, it sure was fun while it lasted. If that happened today, I don’t think I’d have any regrets. But it wouldn’t be my first choice.

OK, I stole that last line from a movie I saw last weekend, Bridge of Spies with Tom Hanks as attorney James Donovan. His client, a captured Russian spy named Rudolf Abel, had all the best lines, including:

Donovan: I have a mandate to serve you. Nobody else does. Quite frankly, everybody else has an interest in sending you to the electric chair.
Abel: All right…
Donovan: You don’t seem alarmed.
Abel: Would it help?

Abel repeats “Would it help?” throughout the movie. In every situation, it would not have helped for him to worry. So he doesn’t. He’s oddly cool, calm and collected.

That line pretty much sums up my philosophy on life, which is surprisingly laissez-faire, considering how driven and neurotic I am. It makes sense when you think about it. You have control over the choices you make, but oftentimes, whether you live or die is out of your control. So why worry about it?

I know it’s cliché, but if you do your best to live for today, have a good time, be a good person, face your fears and follow your heart, you won’t have any regrets. Nobody wants to die, but the next best thing is to at least be at peace with it when it happens. In other words, if you live right, you’ll die right.

Which brings us to the line I stole:

Donovan: The death sentence is not a foregone conclusion. Don’t worry.
Abel: I’m not afraid to die, Mr. Donovan. Although, it wouldn’t be my first choice.