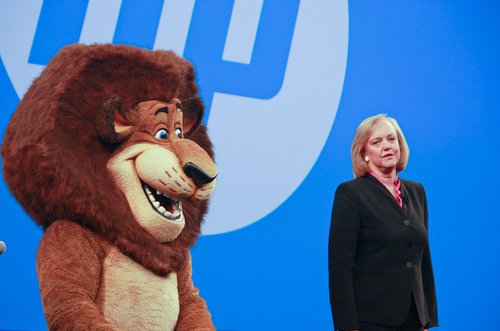 When I heard that Uber’s board was considering replacing Travis Kalanick with HP Enterprise CEO Meg Whitman, I felt an unmistakable sense of déjà vu. That’s when it hit me: OMG, Uber is the new HP. The analogy isn’t perfect, but hear me out.

HP’s board was bitterly divided over whether to oust Mark Hurd after the overblown sex scandal that, strangely enough, involved no sex. Just to be on the safe side, the perpetually dysfunctional board got rid of the guy who had executed one of the most remarkable turnarounds in corporate history.

That led to plenty of seller’s remorse, not to mention hard feelings on the part of those who wanted to keep Hurd around. Things went from bad to worse when the board realized they’d forgotten about something important: a succession plan. There was nobody waiting in the wings to replace Hurd. And nobody wanted to work for such a screwed-up board, let alone HP.

So what does the board do? It throws up its collective hands and hires Leo Apotheker, who had recently been fired after nearly running SAP into the ground. Half the board never even interviewed the guy. Some didn’t even know he’d been ousted by SAP. Whatever. Leo made a real mess of things in short order, and less than a year later, he was out on his butt … again.

But before he went, Apotheker brought in a slate of board directors that included Whitman. Instead of bothering to go through the whole search thing again, the board just flipped the job to the former eBay chief. I guess she needed it, having blown $140 million in a losing bid to be governor of California.

After five years, $20 billion in red ink, 85,000 laid off employees and a much talked-about turnaround nowhere in sight, Whitman did a little financial engineering sleight of hand and split the company in two. Amazingly, she ended up with two jobs: chairman of HP and CEO of HP Enterprise. Neat trick if you can pull it off.

Fast forward to today. After ousting the guy who built a $70 billion company in just seven years, Uber’s board is divided on what to do next (sound familiar?). Which is why they can’t hire Whitman, at least not yet.

First, they need to apathetically bring in some tool to dilute Uber’s competitive culture and implement all those diversity and inclusion recommendations made by former attorney general Eric Holder and his team of lawyers and consultants. I’m thinking GE’s Jeff Immelt, who’s reportedly in the running.

When whoever they hire turns the world’s most valuable startup into a bureaucratic mess in record time, that’s when it’s time for Whitman. She’ll milk a turnaround for five years, burn a ton of cash, layoff thousands, and end up splitting the company and patting herself on the back for a job well-done.

Mark my words; you heard it here first: Uber is the new HP.