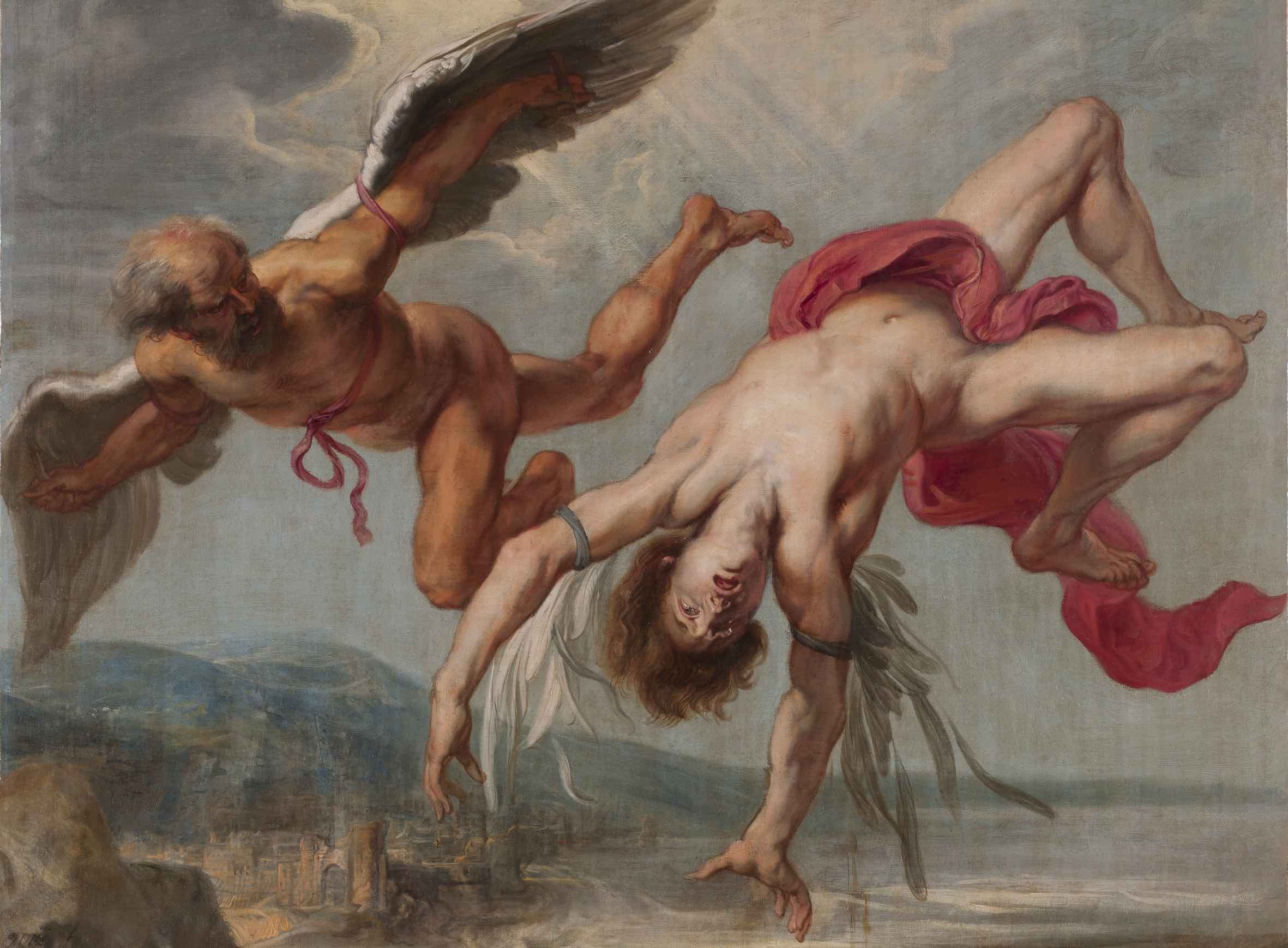 In case you’re not up on your Greek mythology, Daedalus – a master craftsman who created the Labyrinth – made two sets of wings so he and his son Icarus could escape Crete. He made them out of feathers and wax.

Daedalus warned his son not to fly too close to the sun, but Icarus said “screw it” and soared high in the sky. Of course the wax melted and that was that: Bye bye Icarus. The moral of the story is that hubris is bad. And it is.

On the other hand, if Daedalus had come up with a better wing design, we’d have an entrepreneurial success story instead of a Greek tragedy.

Somewhere between unbridled hubris and fear of failure is a sweat spot where business thrives, and I would argue that the optimum operating point is closer to the former than the latter.

Daedalus and Icarus had the right idea. Their failure was in design and execution, and they paid a steep price it. But that’s not what we’re teaching our kids nowadays.

As an arrogant young engineer, my managers said I needed to get some failures under my belt. Having always thought business was about winning, I had no clue what they were talking about. I didn’t give it another thought.

After rolling the dice a few times, the law of averages finally caught up with me. A disaster or two later, I understood what they meant. Failure wasn’t the goal, but a lesson to take my oversized ego down a notch or two. Lesson learned.

Fast forward to today. Popular dogma says failure is a good thing. You can’t hit a business media site without that message coming across loud and clear. Failure is romanticized, practically fetishized. If I didn’t know better, I would think that’s the goal.

The thing is, the goal of business is to succeed, not fail. You’re supposed to avoid pitfalls, not aim for them. And the cost of failure can be extremely high. People lose their jobs and investors lose their capital when businesses fail.

That said, there are lessons to be learned from failure. It won’t kill you, so it’s not to be feared. If you examine what went wrong, you can avoid it next time. And, of course, you’re not infallible, so check the hubris.

Granted, failure can impart strength, wisdom, and humility. You and I know that. We’ve been through it. But what if we hadn’t? What if we were just starting out? If we spent our days following today’s self-help-style business hype, we might naively see failure and success as relative equals.

Not only that, we pay top executives big bucks whether they succeed or not. If you take big risks, fail, and walk away with an enormous exit package, that doesn’t make you stronger or wiser. It doesn’t diminish your ego. What message do you think that sends to our future leaders about personal accountability for their actions?

Meanwhile, the schools are practically breeding the concepts of personal accountability and achievement out of the species. Today, everybody’s supposed to be equal. We can’t risk giving anyone an award or trophy without potentially damaging some poor kid’s self-esteem. Besides, that wouldn’t be inclusive. It might offend.

And yet, the vast majority of companies are meritocracies, as they should be. We work in brutally competitive global markets. They may be elastic at a macro level, but every transaction is still a zero-sum game. We compete for everything – jobs, sales, ad dollars, eyeballs, clicks – you name it, we compete for it.

How are our kids – our young up-and-comers – supposed to reconcile those muddled mixed messages?

If I were a kid growing up today, I might think it’s good to fail, it’s cool to be mediocre or it doesn’t make a bit of difference either way, none of which is true. What I wouldn’t get is that, like Daedalus and Icarus, it’s good to take risks, but the goal is to succeed, not fail. That failure can have serious consequences. That nuance would be lost on me, as I’m sure it’s lost on most of our kids.

A version of this originally appeared on foxbusiness.com