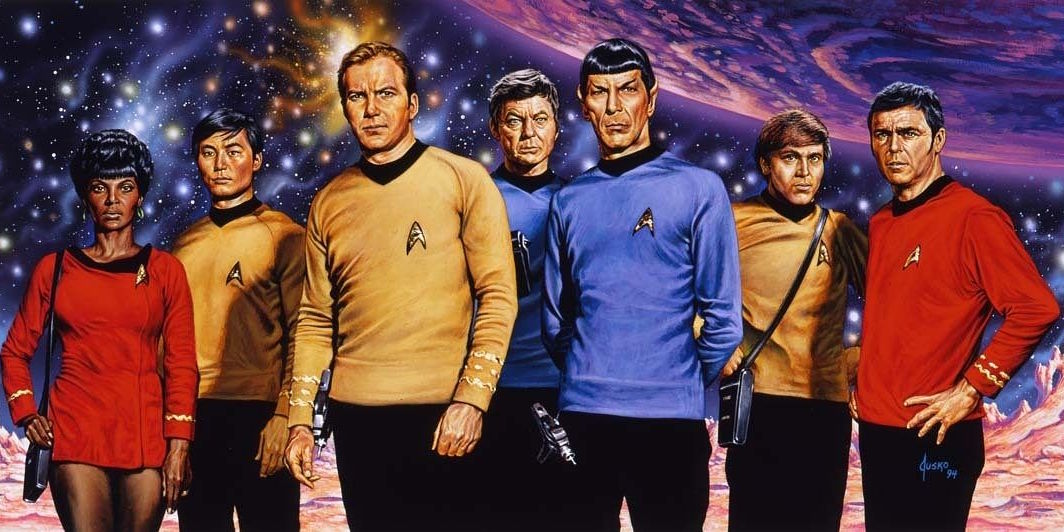 Millions of Trekkies recently celebrated the birthday of Star Trek creator Gene Roddenberry. I was a sci-fi nut growing up, and that was hands down my favorite show as a kid. What I loved most was its portrayal of a kinder, gentler, more united future world.

There was a United Federation of Planets. Everyone on Earth lived in peace. And nobody seemed to notice or care that Uhura was a black woman, Sulu was Asian, Chekov was a wacky Russian and Spock was a pointy-eared Vulcan (except when Dr. McCoy would go off on one of his rants).

The series featured the first interracial kiss on TV and an entire episode devoted to the folly of racial bias, “Let that be your last battlefield.” That was 50 years ago. Roddenberry was a true visionary. And the guy had guts, as did NBC for running the show back in the racially charged 60s, and during the cold war era and feminist movement, no less.

Most of you probably wouldn’t remember the tag line from the Virginia Slims commercials of the time, “You’ve come a long way, baby.” I’d like to echo that sentiment and applaud how far we’ve come. In some ways we have come a long way. In other ways, not so much.

We are a fickle culture. We talk a good story about diversity and individuality while suppressing and bullying those with different viewpoints and acting out with angry posts and vitriolic rants all over the Web. And yes, those are, in many cases, the same people talking out of both sides of their mouths.

Another glaring example of our cultural duplicity is the way we rail against discrimination, all the while using software tools that filter job candidates based on gender and ethnicity to fill equal opportunity quotas. We call that little bit of hypocrisy diversity recruiting.

And we love to typecast. We do. Not only are we forever pigeonholing, categorizing, characterizing, and labeling, much of the common wisdom about popular stereotypes are simply false. Here are a few examples:

We lump Gen Y, Gen X, and Baby Boomers into neat little generational bins as if everyone born within a certain time span shares the same cultural beliefs, behaviors, strengths, and limitations.

We characterize the eating and sleeping habits of wealthy, successful people like they’re caged animals in a zoo. Meanwhile, none of that stuff has anything to do with wealth creation or professional achievement. None of it.

We’ve branded millennials as the entrepreneurial generation when, in reality, that’s a complete myth. Many millennials may identify with entrepreneurship but, contrary to popular belief, there’s actually been a long-term decline in startup creation in America and that trend is most pronounced among the millennial age group.

We talk about women, racial groups, and people of different sexual orientations as if they all feel disadvantaged in some common way, which they don’t. Meanwhile, you’d never know we have a gay CEO leading the world’s most valuable company, a black former president and a woman who came very close to succeeding him.

We love to talk about movements and how we’re going to change the world but most of us never even lift a finger for a cause, except maybe to type a hashtag on Twitter.

We put business leaders on iconic, charismatic, extroverted, inspirational, emotionally intelligent pedestals when, if that were true, guys like Bill Gates, Warren Buffett, Mark Zuckerberg, and Larry Page never would have made it. That’s what really gets me. The way we stereotype entrepreneurs. What a load of nonsense.

Funny, I was just watching a video of Trader Joe’s founder Joe Coulombe and, I’ve got to tell you, that guy is so not your stereotypical entrepreneur. He’s a Stanford MBA who used to run a bunch of 7-11 style convenience stores for Rexall Drugs. And he’s got about as much charisma as a bar of soap.

Everything that made Trader Joe’s unique and successful — from the tropical theme and small number of SKUs right down to the great employee pay and benefits and the unlikely marriage of liquor and health food — is so logical, so practical, so methodical, it’s not the least bit surprising that a boring businessman came up with it.

Here’s a novel idea. How about we honor Roddenberry’s vision of a better planet by having a moratorium on stereotypes and duplicity and just seeing each other as individuals for a while? What do you say, fellow Earthlings?