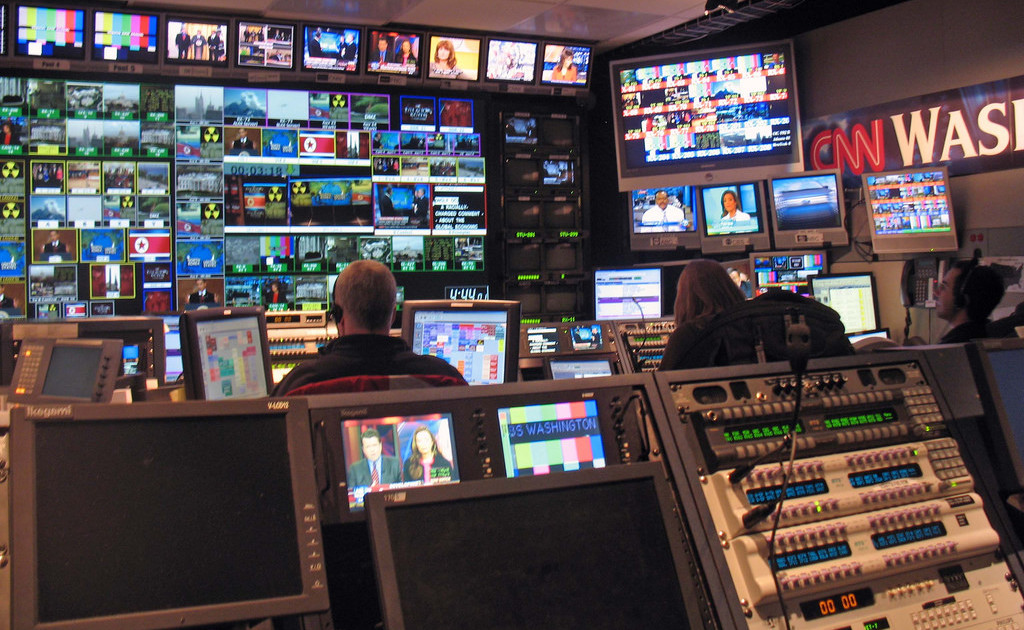 Nobody actually came up with the idea of a 24/7 news cycle. It just sort of happened. But if it were possible to identify who did this to us, waterboarding would be too light a punishment. Maybe a week locked up with Rosie O’Donnell and Bill Maher. That works. And some waterboarding too.

For my dad, reading the newspaper and watching the evening news was a daily ritual. It was like a religion with him. I never got it. News, politics, business – none of that stuff interested me, growing up. Mostly I was into the usual stuff: rock and roll, sports and sci-fi, grades and girls. Typical kid.

That ambivalence toward news – politics in particular – lasted well into my late 30s. I’m pretty sure I’ve told you about the dinner party with Jack Kemp — when the quarterback-turned-politician went around the table to see who my company’s directors and executives thought should get the GOP nomination for president in ’96. I didn’t have a clue.

Guess I was always too busy with other things, things I enjoyed. My work. Partying with friends. Exploring the world. Then something strange happened. Looking back, I can’t pinpoint exactly when, but at some point, the TV – which my wife controlled – was getting tuned to different channels than before.

Come to think of it, I never really noticed what was on at dinnertime. Maybe music, sitcom reruns or cooking shows. Suddenly, it was primetime cable news. On weekend mornings, when we’d usually lay around nursing hangovers, adult cartoons were replaced by morning news programs as well. And so on.

I’ve always been the guy who did his own thing, his own way, but marriage is different. You can’t always have things your way, unless you don’t mind living alone in a crappy apartment with half your money. So you compromise. That’s when I started to notice how screwed up the whole world was.

Turns out, I have strong opinions about things I didn’t used to think I gave a crap about. Who knew?

Anyway, that’s how I got into commentary on business, politics and culture. My wife did this to me.

There is, however, a glaring difference between how we like to get our news. I like it my way: online and infrequently. Otherwise, I’m all about the music. She likes it on in the background 24/7. I find that extremely irritating. We fight over this constantly. Thus, the vehemence in graph one.

I’ve been asked many times if I’d ever consider getting into politics, you know, for real. I always have to laugh. I have strong opinions about lots of things. That doesn’t mean I want to do them for a living. Besides, bureaucrats make me nuts. I wouldn’t survive a week with them. And vice versa.