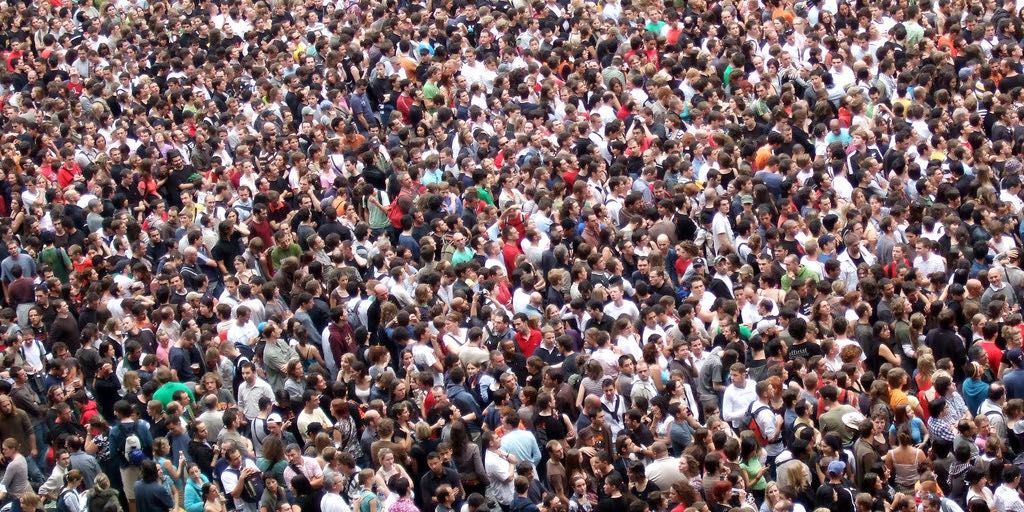 Supply and demand is the fundamental principle behind free market capitalism. It’s the backbone of economic prosperity. It’s the very reason why civilization has advanced to the point where billions of people can read this in relative safety and comfort.

Without supply and demand, we would have no entrepreneurs and no small businesses. We would have no corporations and no jobs. We would all be living hand-to-mouth in conditions not unlike those of third-world countries. In short, life would not be pleasant.

Now here’s where things get interesting. Supply and demand also dictates the economic balance between small businesses, large enterprises and everything in between. And supply and demand dictates that, for the economy to be healthy and life to be pleasant, the vast majority of you will have to get real jobs working for others.

That may be hard news to take, but it’s the truth, nevertheless.

You may all want to be entrepreneurs, but that’s just the supply side of the equation. The demand side simply won’t let that happen. Sure, market demand can be elastic, but it’s not that elastic. And it’s certainly not infinitely elastic. That’s just utopian nonsense.

There’s a simple reason why self-employment and small business growth must be constrained. In business, size matters. Economies of scale matter. Size and scale matter because consumers and companies like to buy quality products they want at prices they can afford. So that’s what they do.

That’s why you probably use an Apple or a Samsung smartphone from Verizon or AT&T to buy products on Amazon.com using PayPal or a bank-issued credit card while drinking a Starbucks grande Frappuccino or maybe a Jamba Juice fruit smoothie.

We buy brand-name groceries at Safeway, Whole Foods, and Trader Joe’s. We eat at McDonald’s, Chipotle, and Pizza Hut. We bank at B of A and Wells Fargo and charge goods and services on MasterCard, Visa, and American Express. We ship packages via FedEx and UPS.

Don’t even get me started on Walmart, Costco, Home Depot, Google, and Facebook.

Granted, there are lots of small coffee shops and specialty grocers. There are franchise opportunities. There are small credit unions and boutique shops. There are independent film studios. There are tons of great restaurants. And pretty much everyone has a website, a cause, a consulting biz or an app. But that doesn’t mean they’re all making ends meet.

That’s the balance I was referring to. Supply and demand maintains that balance.

The truth is, we can grow the ranks of small business owners and solopreneurs all day long, but that will not change our buying habits or the market dynamics one bit. What will happen is this: competition will increase and, on average, income levels and quality of life will decline until there’s a shakeout and a new equilibrium is reached. Rinse and repeat.

Today, roughly a third of America’s workforce is made up of self-employed individuals and small business owners. That’s actually a very high percentage, owing mostly to the labor participation rate being near an all-time low. That’s one of the reasons why our productivity is so anemic and our economic growth so sluggish, even in the Trump era.

If that trend continues – with more and more people deciding they don’t want to work for others and dropping out of the workforce or joining the growing ranks of the self-employed and on-demand workers – economic growth will decline, so will consumer spending, and so will our prospects for going it alone.

We might decry the tyranny of corporate behemoths and vow to become entrepreneurs who rule our own destiny, but that alone will not dictate our prosperity. Our dreams and desires are but one factor on one side of the equation – the supply side.

That doesn’t mean you can’t create the next Starbucks or Whole Foods. Every corporate giant began life as someone’s dream – someone who probably started with nothing. But if you want to be successful, you need to capture demand more effectively than competitors. You need to be the best at something customers want.

If that’s discouraging, so be it. Cold, hard reality usually is. Get used to it. If there’s one thing all entrepreneurs need to be successful, it’s the courage to confront the many challenges that threaten to derail us and persevere.

Remember that demand is finite. That’s not just common sense, it’s as fundamental to the business world as conservation of energy is to the physical world. If that inspires you to fight even harder to beat the odds, then your chances of pulling that off just went up.