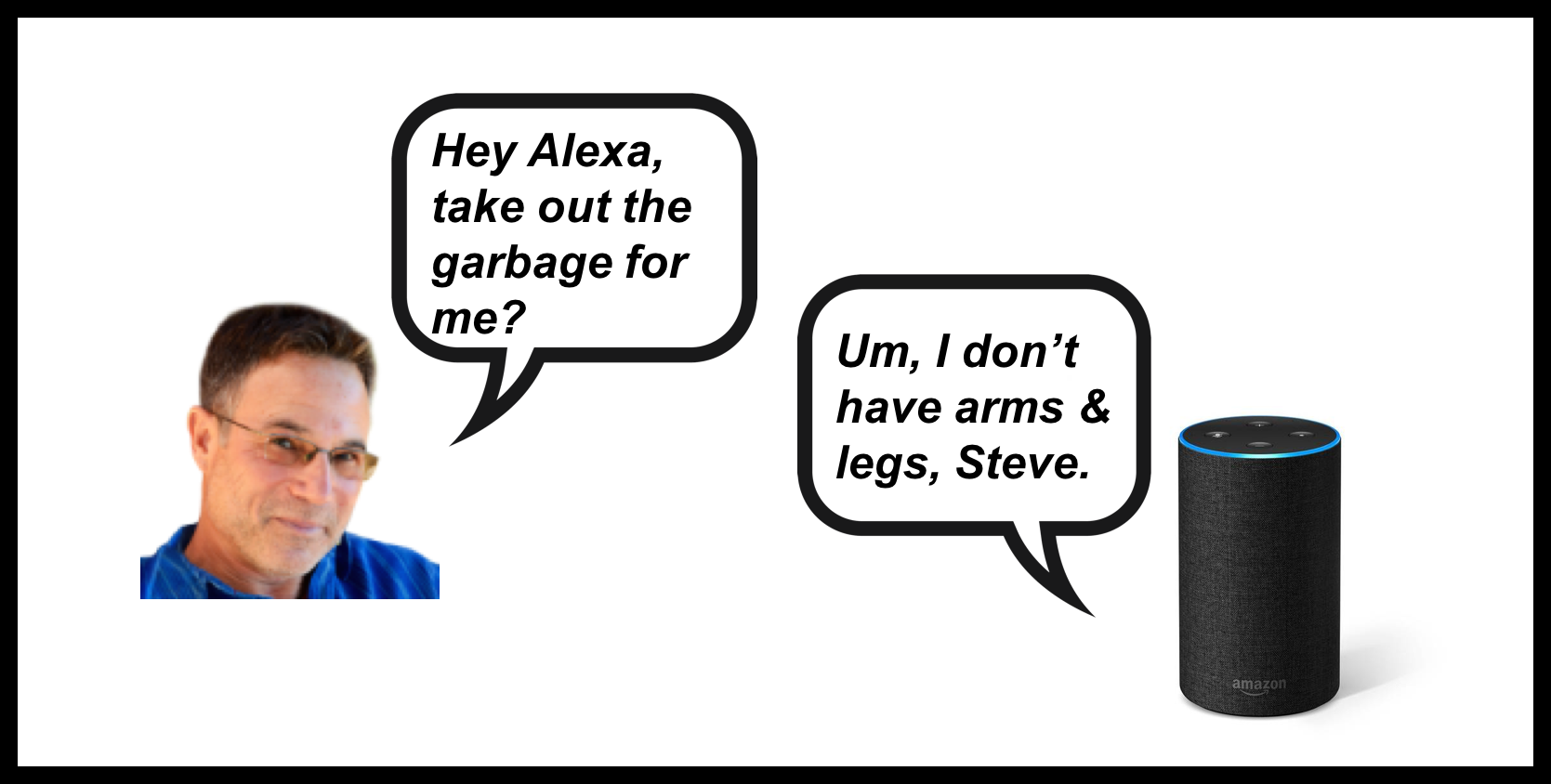 CNBC had Jaron Lanier on this morning. Lanier is a virtual reality pioneer and one of the smartest guys in Silicon Valley. He writes incredibly insightful books like You Are Not a Gadget and Who Owns the Future? where he cautions about the impact of technology on our culture and economy. His latest is Dawn of the New Everything. No, I have not read it.

The discussion was about the implications of Amazon’s reported move to allow brands to advertise on its smart home speaker, Echo, and other Alexa-enabled platforms. Here’s an excerpt of what he had to say:

We all know what Amazon’s business is, which is selling you stuff. That’s what they do. So the ads will be for things like soap. The problem I have is when there’s a speaker talking to you and you don’t know who’s paying it to say something to you. We don’t have to worry about, I don’t know, like Russian intelligence services paying Amazon speakers to talk to you because they’re not selling anything on Amazon. In a sense, it’s kind of a clear situation where you know what the game is, and I like that.

The thing I don’t like that really bothers me is when people talk to a machine as if it’s a person. I feel like inevitably they kind of will start to think of themselves as being a little more like a machine. And I think what companies have to be careful about is a potential backlash, I’d almost call it a spiritual backlash. I mean, people don’t like feeling like something is creeping into their identity.

Think about parents who worry about vaccines. I think vaccines are marvelous technology, perhaps the best one ever invented, and yet people are afraid that it’s somehow stealing something from their children and making them autistic, which is ridiculous. Think about the parents who have their kids talking to these speakers now and in a few years if for some reason they don’t like something about their kids, they’re going to look back at Amazon and say, “What did you say to my kids?”

So I think there’s tremendous peril in the way they design these interfaces.

As long as you’re lighthearted about it. I mean, remember what this is: it’s a rather simplistic program, it’s not a real person, it’s a company that sells you stuff, it’s like walking into a store. As long as you keep in mind what’s going on, have fun with it, you know what I mean? But don’t lose yourself. Don’t pretend it’s a person. Don’t pretend Amazon is anything other than a store. That’s what it is. That’s what it says it is. Don’t get confused.

Lanier makes some good points. The problem is that people are not entirely rational when it comes to the actual cause and effect of technology on their lives. They tend to assign far more importance to technology than there actually is. Then they go off half-cocked, blaming technology for all sorts of things it doesn’t actually do.

If you understand the business that companies like Amazon, Apple, Google and Facebook are in, you’ll understand the profit motives behind their technology. And that, in turn, will make your experience with their products a lot more useful and fulfilling and a lot less confusing and conspiratorial.

It’s important for users to be aware of what the tech is, what it does and doesn’t do, and what their options are in terms of privacy, security and other preferences. That responsibility rests on both consumers and corporations. If they wish to remain unregulated and quit getting “beat up,” as Lanier said later in the interview, tech giants should be more forthcoming and take greater responsibility for some of the unintended consequences of their innovations.