Posted by Steve Tobak on January 4, 2018 in No Comments 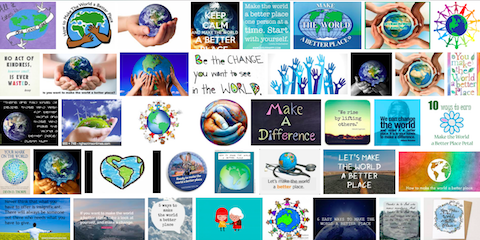 I bet a lot of people watching CNBC yesterday cringed when virtual reality pioneer Jaron Lanier referenced the anti-vaccine movement that led to a resurgence in potentially deadly childhood diseases like measles and whooping cough.

“Think about parents who worry about vaccines,” said Lanier. “I think vaccines are marvelous technology, perhaps the best one ever invented, and yet people are afraid that it’s somehow stealing something from their children and making them autistic, which is ridiculous.”

He’s right, the notion is ridiculous, but that hasn’t stopped famous celebrities like Jenny McCarthy from publicly promoting bogus research by Andrew Wakefield that was long ago discredited as a deliberate fraud. I can’t say exactly how many preventable deaths are on these idiots’ hands, but I’m pretty sure it isn’t zero.

Today, everyone wants to change the world. Everyone has some sort of pet cause or conspiracy theory. Most of it is complete nonsense, but then, BS is the new normal. At the heart of this insidiously stupid trend is our self-obsessed culture’s dogged pursuit of attention, fame and self-importance.

Here’s how it works: Identify a victim that brings out your repressed childhood fears so you can have a cause and become a crusader for good, a savior of those poor poor whatevers, a superhero who fears nothing. In reality you’re just trying to feel important and strong so you can burry those childhood fears and feel good about yourself.

Interestingly enough, that mechanism can work, at least for a time. And dysfunctional as it is, feeling special or important can become a self-fulfilling prophecy. The concept of leaders branding a bullseye on a perceived enemy and rallying the troupes to save the world from evil is nothing new, and not just in politics.

When Steve Jobs learned that he was adopted, he latched on to the notion that his parents literally chose him so he could feel special. Indeed, he made himself believe he was special. At Apple, Jobs targeted IBM as the enemy and challenged the early Macintosh team to make a dent in the universe. It’s hard to argue with the result.

The golden age of comic books coincided with Hitler’s rise to power and the start of World War II. Marvel’s Captain America and DC Comics’ Wonder Woman were created to battle the Axis powers and demonstrate good’s triumph over evil. Who knows? They may have even inspired an isolationist-leaning nation to ultimately enter the war.

All that aside, when people coopt a victim and adopt a cause, they often subconsciously see themselves as the victim and, by playing the hero, seek to save themselves from fears that have plagued them since childhood. With all the talk of making the world a better place, it’s ironic that we’re mostly trying to save ourselves from ourselves.