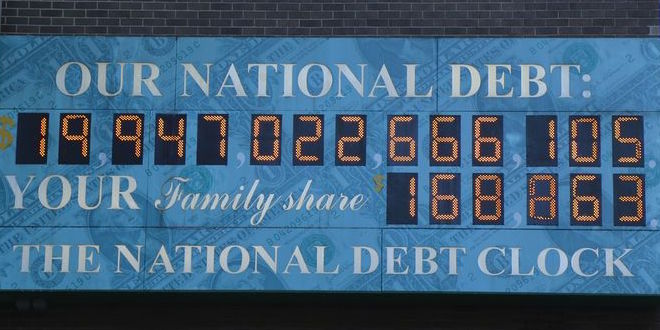 When I joined Texas Instruments in 1980 the company had its hands in everything. It was the world’s biggest semiconductor company. It employed the largest private navy on Earth for oil exploration. It made everything from guided missiles and minicomputers to calculators and digital watches.

Eventually, TI’s leaders came to realize that the company was overextended. They realized that, to maintain leadership or even remain competitive in increasingly global markets, they needed to stop expanding and start shrinking. They needed to go on a diet and become lean.

To say it’s been a painful transition – divesting, downsizing and chopping entire layers of management – is a ridiculous understatement. It’s tough to suddenly start trimming down when you’ve been binging for decades. Nevertheless, learning to focus – to do more with less – has become a way of life, not just for TI, but for corporate America.

The TI of today makes chips. That’s it, just chips. And not a lot of different kinds of chips, either. It makes analog chips and digital signal processors, mostly for smartphones. That’s pretty much it. And it’s number one in that market. Customers are happy. Employees are happy. Shareholders are happy.

The federal government is just like corporate America was thirty years ago. America is overextended. We’re the most overextended nation in the world. We’re spread so thin it’s like trying to spread a 16 oz jar of peanut butter across a slice of bread that stretches from sea to shining sea. That’s how overextended we are.

We’re in defense, national security, commerce, social security and Medicare. We have the treasury, the IRS, the VA and the SEC. We have our hands in everything from food and energy to healthcare and schools. We’re spread so thin we can’t even control our immigration system. We have no idea who’s in our country and for what purpose.

And that’s just within our borders. Our military defends and provides arms and logistics to nations around the world. We police international shipping lanes. We support humanitarian causes. We provide more food and supplies to other countries than any nation on Earth. To the best of my knowledge, we do all of this free of charge.

How did the United States become a non-profit that serves the entire world – all funded by U.S. taxpayers and the national debt?

We’re so overextended we’re broke. We’re so broke we’re $20 trillion in debt. So what do we do? We keep taking on more and more, growing the budget, creating more departments and adding layer upon layer of bureaucracy. And that only makes us less efficient and less competitive on the world stage.

That’s a recipe for disaster just as it once was for corporate America. Actually it’s worse, since government bureaucrats have no competition so there’s no incentive to improve productivity and efficiency. This isn’t rocket science. America needs to get lean. How do we do it? The same way TI and every other company did it: One step at a time.

We need to leverage corporate America: Our CEOs have been here before. We know how to do this. Why not outsource most of Washington’s vast executive branch to the private sector? It’ll be far more competitive, efficient and productive. We’ll be able to do more with less, far more with much less.

Which functions should the federal government keep? Just the ones it was created to do and the private sector can’t do better: national defense, security, intelligence, immigration and maybe a handful of regulatory functions. That’s about it.

Apple CEO Tim Cook once said that “[striving] for being the best, for only doing the best products, for staying focused” was a core principle that Steve Jobs instilled in the company. Cook went on to say he could put every product the company ships today on a small table. And yet, Apple is the most valuable company on Earth.

That’s what America can become if it learns to focus. If we want to continue to be a world leader, we have to become a lean nation and outsource most of the executive branch to the private sector. There is no silver bullet that will magically allow the federal government to continue on its present course without spiraling into financial ruin and global obscurity.

A version of this originally appeared on FoxBusiness.com, c. 2014.