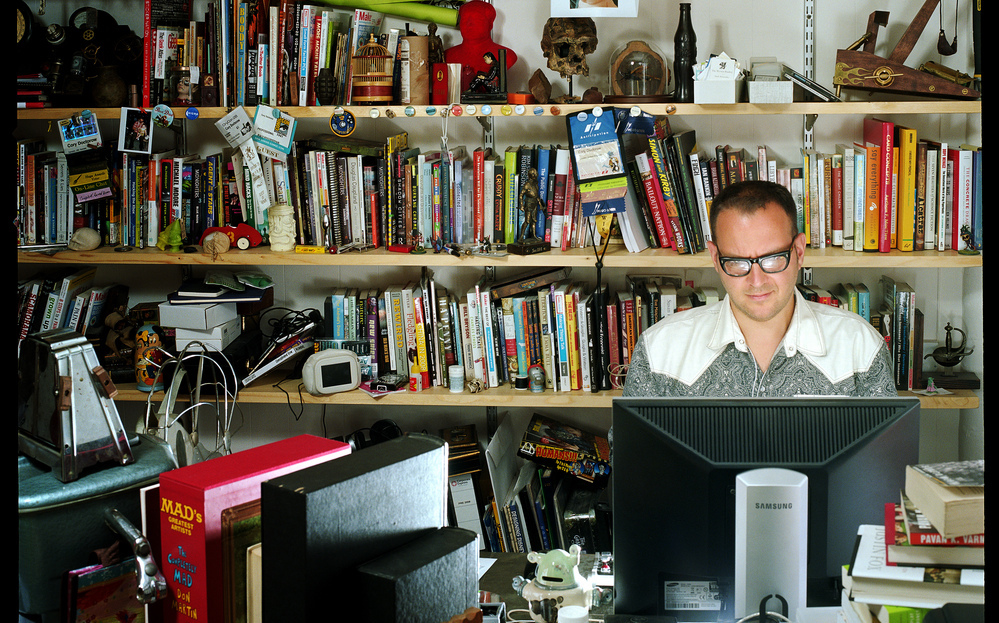 I’ve written quite a bit about ageism in Silicon Valley, but aside from not being able to find a job, getting old isn’t so bad. It’s certainly better than the alternative, as they say. And at 65 we get free healthcare. Woohoo.

In case you’re wondering how to tell if you’re an old geek, you …

Dress warmer. Back in the day I was always hot — temperature-wise, that is — and always fighting with the old dudes in the office over the thermostat. Now I’m always cold so consider this a belated mea culpa. Funny how my wife flipped the opposite way; now I freeze at night. That’s Karma for you.

Know how to say “astigmatism.” The eye doctors always said we’d develop astigmatisms from sitting too close to our computer displays for too long. Did we listen? Nah. I had perfect vision until I turned 40. Now I am both nearsighted and farsighted and have astigmatisms in both eyes. How is that even possible? At least I don’t have cataracts … yet.

Pray for a hardware bubble. Hardware ain’t what it used to be. All the venture funding is in software. Even Apple calls itself a software company. I keep wondering when Silicon Valley is going to officially change its name. What will they call it? Code Valley? Social Valley? Wait, I know. They’ll call it San Francisco.

Can’t party like you used to. As single chip designers back in the 80s, my coworkers and I used to go out partying just about every night. Sometimes we’d even go back to work afterwards. Not to mention the pitchers of beer at lunch. I don’t know how – or why – we did it. Just young and dumb I guess, but it sure was fun.

Became your boss. As a brash young engineer I was always fighting with my bosses over one thing or another. If it wasn’t more flexible hours or dopey dress codes it was the idiotic annual ranting and raving review system. Look at us now. Those of us who rose through the ranks know exactly what we’ve become. We’ve become them.

Recycle a lot of equipment. Printers, computers, notebooks, monitors, modems, tape drives … you name it; I’ve recycled it. The one thing I can’t bring myself to part with is my collection of classic microprocessors. I have early samples of 386s, 486s … even a P5-60, the first codenamed Pentium; that chip got so hot you could fry an egg on it.

Drink better coffee. In the early days at Texas Instruments we used to buy coffee out of vending machines that came in little paper cups and was so bad we called it battery acid. Now we have those funky automatic espresso machines and nobody can live without their Starbucks or, better yet, Peet’s.

Add a lot of zeros. In terms of processor memory and storage we went from kilobytes all the way to gigabytes and terabytes … or bits in the case of network bandwidth. Processor speeds went from megahertz to gigahertz. Semiconductor design rules went the other way, from micrometers to nanometers. Ain’t the metric system great?

Reserve your expletives. You know it’s true: we sure don’t curse like we used to. It’s just not cool anymore, at least not at work. You can’t even joke around any more; not like in the old days. Everyone’s all concerned about being politically correct and not offending anyone. If you ask me, it’s all pretty f—ed up.

You know how to really tell if you’re an old geek? You got upgraded to a better version.