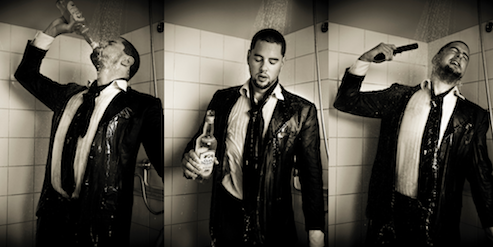 You know how the doctor always asks how much alcohol you drink? Don’t ask me why, but I actually told the truth once. This is what happened next.

“I don’t know,” said the doctor. “When was the last time you quit for a while?”

I really had to think about that. “I’m not sure,” I lied, trying to buy time.

“Well, I just can’t remember ever having quit.”

“There is a way to find out you know?” he said.

“Quit for a month,” he said. “If you can do that without much difficulty, you’re fine.”

“Huh,” I said, suddenly not so intrigued. “Well, I’m going to have to try that sometime.”

“Why not now?” said the doctor.

“Now,” he said emphatically, “As in right now.”

“Look Steve,” he said, “You seem concerned. If you want to find out, quit for a month starting today. Then you’ll know, once and for all.” Then he just stared at me.

Feeling the pressure mounting, I suddenly heard myself say, “OK.” Deep inside I knew that if I didn’t meet the challenge I’d forever wonder if I had a problem. “OK,” I said again, this time with conviction. “I’ll do it.”

And I did. A month to the day, including my birthday. I discovered five things along the way: 1) There is such a thing as nonalcoholic wine; 2) it sucks; 3) it didn’t really bother me that my wife drank; 4) it didn’t affect me in any material way; and 5) I apparently do not have a drinking problem. Good to know.

So why do I drink so much? Guess I like it. I like the taste. I like the ritual. I like how it helps to create a nice separation between the work day and the night. And I like the buzz. It’s fun. I do wish that wine had less alcohol and still tasted the same, but that, I’m told, is impossible.

Incidentally, I believe the test works for any “addiction” you might be concerned about. You do have to be honest about it and commit to someone who will hold you accountable; that’s the only way to really know. You can do it annually, if you like. I have friends that do, but not me. Once was quite enough, thank you very much.