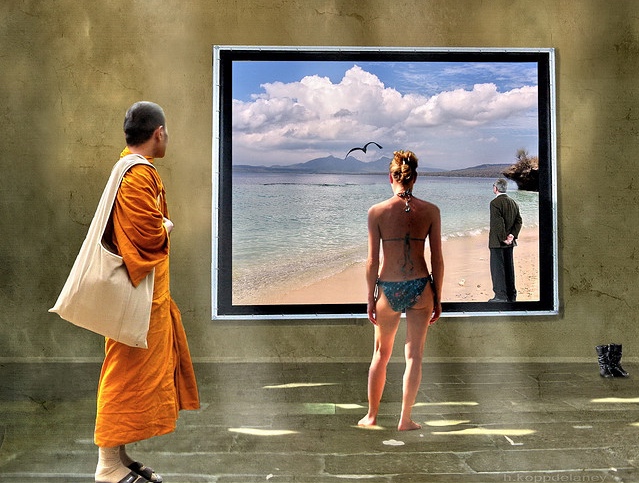 There’s a cricket in my house. It’s incredibly loud … and incredibly annoying.

What’s strange is that I usually love the sound of crickets. It brings to mind tranquil summer nights and warm breezes that make me feel like all is right with the world. Just not when it’s echoing through my home when I’m trying to sleep. Then it’s irritating. Maddening, even.

How can the same critters elicit such wildly different responses? What makes the difference? The volume, for one thing. The timing, for another. And of course, my state of mind. Combine all three and the result goes from harmony to cacophony in a flash.

That’s true of people, too. It’s never just what you say that matters but how and when you say it. Also the state of mind – the perception – of the person you’re saying it to.

People often rail against that concept. They don’t agree that perception is reality. They think they have everything under control. But they don’t. They’re not in control. Nobody is. The world is a chaotic place full of people with their own perceptions and perspectives. But admitting that would be a paradox. And that would be unacceptable.

Why do they do it? Because they’re afraid. They’re afraid of not being in control. So they make believe they are. I’m no shrink, but I do know that’s usually a remnant of an old mechanism born of childhood trauma. The mechanism helped them survive when they were young but it’s toxic in adulthood.

Controlling people have limited empathy and self-awareness. They live inside a delusional house of cards built on a foundation of skewed perception and fragile self-image. And that’s how they remain … until something breaks. Usually, that’s their carefully constructed façade.

When the truth becomes irreconcilable or impossible to deny, the illusion shatters, as it inevitably must.

I know of what I speak. You see, I am a control freak. Perhaps it would be more accurate to say I’m a recovering control freak but, as with alcoholics, you never really recover. Once you become aware, you just have to take it one day at a time. You have good days and bad days. Two steps forward and one step back.

But here’s the interesting part. We all have a little control freak in us. Human psychology is not black and white but shades of gray. Nobody is either crazy or sane. Bipolar or well balanced. Dysfunctional or normal. We all exist somewhere along the spectrum.

Besides, the human condition is anything but static. Events can change us. And we can change ourselves. We can learn to let go. Even control freaks.

If you think this doesn’t apply to you – that you’ve got everything under control – consider the cricket. Poor thing thinks it’s doing just fine, but it’s not. It has no idea what’s coming, but it’s definitely in for a rude awakening. No, it’s not me the cricket needs to worry about. We have three cats. Meow.