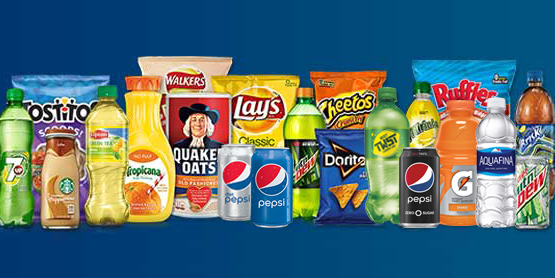 Sooner or later every retailer faces a dilemma: How to adapt to changing consumer behavior without alienating brand loyalists? Lately, that dilemma has become a Catch-22.

Bet you didn’t know that Black Friday deals at Best Buy, Macy’s, Target and Walmart are mostly the same from year to year. Turns out consumers have very long memories, especially when it comes to discounts.

We are creatures of habit, which makes us predictable. That’s a good thing for retail marketers – until our tastes and buying habits change, that is. When that happens, it’s already too late.

It’s easy to say if it ain’t broke don’t fix it, but when it comes to consumer behavior, it’s hard to tell when it’s broke and even harder to know how to fix it when it is.

That’s why it’s so much harder to turn around a retail company with a storied brand than a company that sells B2B. It’s hard enough to change a corporate culture from within, but retailers have the added challenge of figuring out how to change without alienating loyal consumers.

Faced with the same dilemma, Radio Shack tried to reinvent itself countless times. Long known for its broad selection of components for electronics enthusiasts, the 95-year-old chain couldn’t straddle that fine line between the old and the new. It filed for Chapter 11 bankruptcy protection and is now primarily a Sprint reseller.

The demise of Radio Shack highlights the sort of Catch-22 that retailers inevitably face. When consumer patterns change, marketers can get trapped in a no man’s land between existing customers who resist the trend and trendy customers who are turned off by the old brand and skeptical of a new one.

One strategy that’s been effective in combating that sort of schizophrenic consumer behavior is diversification through brand segmentation.

In response to a long-term consumer shift from sugary soda to healthier soft drinks, PepsiCo – already a merger between Pepsi and Frito-Lay – further diversified, acquiring Tropicana and Quaker Foods, including Gatorade sports drinks. Today, the vast majority of sales come from food and non-carbonated beverages under non-Pepsi brands.

Coca-Cola, on the other hand, has dealt with consumers’ fizzling taste for soda by doubling down on Coke and Diet Coke, which still make up about two thirds of sales. That non-strategy resulted in a long-term slide in revenues, profits and stock performance relative to PepsiCo and the market.

Likewise, Costco has solidly outflanked Walmart by embracing healthier and organic food choices and appealing to a more upscale demographic, even while it maintains competitive prices for cost-conscious consumers. And privately held Trader Joe’s and Wegmans are beating Whole Foods in much the same way.

Target, Best Buy and McDonalds have all faced the specter of changing consumer tastes and buying habits, with varying degrees of success. Meanwhile, Sears Holdings (which includes Kmart), has proved incapable of solving the Catch-22 and appears destined for the corporate scrap heap that claimed Radio Shack.

If you look back over the last decade, you’ll be hard-pressed to find a retail brand that hasn’t faced the same sort of problem. Whether it’s disruption from technology companies eating the world, increased competition from globalization or shifting cultural trends, consumers have more choices than ever before.

Don’t make the mistake of thinking that brand loyalty is dead. It’s just as important in buying decisions as ever. But in a fast-paced world where the only constant is change, retailers can’t count on that loyalty to offset superior choices, at least not for long. We may be creatures of habit … but we’re always on the lookout for better ones.