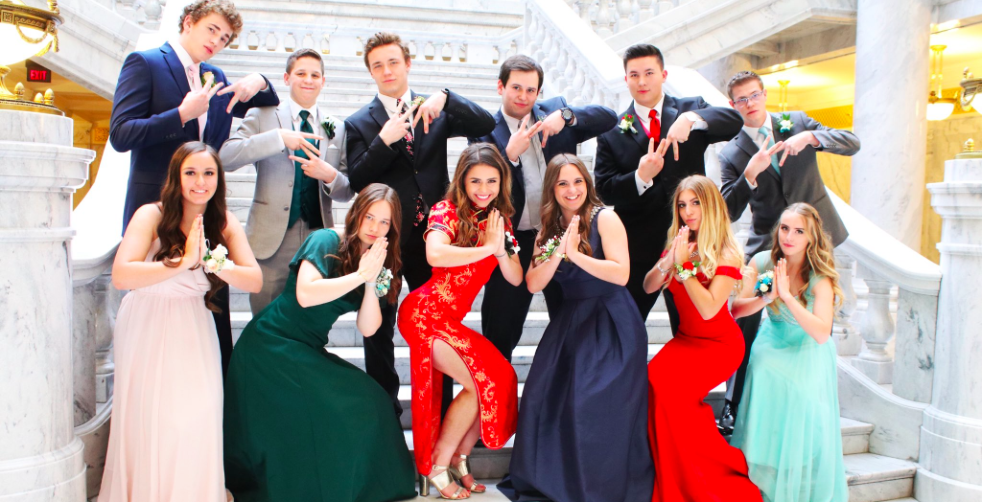 Remember when the cultural appropriation cops lost their shit and blew up Twitter over a Chinese prom dress? The girl’s response was classic, “To everyone causing so much negativity: I mean no disrespect to the Chinese culture,” she tweeted, “It’s a fucking dress. And it’s beautiful.”

To everyone causing so much negativity: I mean no disrespect to the Chinese culture. I’m simply showing my appreciation to their culture. I’m not deleting my post because I’ve done nothing but show my love for the culture. It’s a fucking dress. And it’s beautiful.

Right on. Cultural appropriation is not racism. It’s not even a thing. The whole concept is ludicrous.

I’ve been cooking Chinese food for more than 30 years. My trusty old wok and cooking utensils are from China. My goto chef’s knife is a Wüsthof from Germany, but I sometimes use a Kyocera ceramic knife from Korea. And I’ve been using chopsticks since my folks first took me to Manhattan’s Chinatown as a little kid.

And you know, if I was foolish enough to do my mise en place (it’s French, Google it) without my Hiero eyeglasses from Japan, I might lose a finger and bleed out on our Bordeaux granite kitchen island, imported from Brazil. If I survive, I’ll probably have a nice Torrontés from Argentina and a scotch afterwards and get toasted.

On the plus side I have never worn a Chinese dress to prom.

Constitutional appropriation. Nearly every reference to the First Amendment you hear these days is completely false. Free speech only applies to people vs. government. In other words, the NFL has every right to penalize teams and players for kneeling during the National Anthem.

Scientific appropriation. Most references to research, studies or science you read reach questionable conclusions because they fail to apply proper logical or deductive reasoning and scientific methods. Correlation does not prove causation and scientific consensus is not a thing.

Title appropriation. Calling yourself a CEO doesn’t make you one. Chief executive officer is a legal term that applies to the top executive officer of a corporation. LLCs and LLPs don’t generally have corporate officers but they can. If you’re self-employed or have a sole proprietorship you are not a CEO.

Now here’s the thing. While all that lunacy may drive me nuts, it’s a free country. In America you get to bullshit all you like. And that’s exactly what cultural appropriation is. Bullshit. If that offends you, you can kiss my politically incorrect ass.