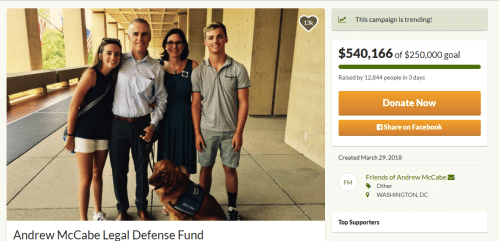 My dad held my hand as we walked down Brighton Beach Avenue a few blocks from our Brooklyn home. As we passed a dark figure huddled in a doorway begging for money, I felt the grip on my hand stiffen and our pace quicken.

When I asked my dad why he ignored the man, he said, “When your grandparents came here from Europe they had nothing and asked for nothing. I grew up poor and proud. That’s how it should be. Besides, he’s just a drunk. He’d just blow it on booze.”

That felt a little cold to me but that was my dad. Besides, I got it. It’s not as if we had a lot to give.

Both my folks worked full-time at blue collar jobs they hated. We lived in a tiny rent-controlled apartment. We didn’t have a car. Our first color TV was a hand-me-down from my uncle. Most of my clothes were hand-me-downs from my big brother. So was my most valuable possession: a beat-up old one-speed bike.

Having grown up with little more than a powerful sense of personal responsibility and pride, I would not take a handout if my life depended on it. I actually don’t know if that’s entirely true, but I am certain that the work ethic my dad instilled in me ensured that I never had to find out.

On the other hand, I do believe in charity, and I’m pretty sure that I can tell the difference between those in real need and beggars, thieves and those who feel entitled to what others worked hard to earn.

The internet has changed all that. Kickstarter, GoFundMe and similar sites have made it easy for pretty much anyone and everyone to stick their hands out. Near as I can tell, millions of beggars and thieves are taking advantage of millions of suckers. That’s not just acceptable — it’s quickly become the societal norm.

I don’t have the words to describe how nauseating it is for me to see countless multimillionaires, criminals, deadbeats, slackers and entitled brats with their hands out. Not only is that disgraceful in and of itself, the platforms are flooded, meaning those who really need help will get less or nothing at all.

Don’t even get me started on Andrew McCabe’s “Legal Defense Fund,” which raked in over half a million dollars on GoFundMe after the disgraced former FBI deputy director was terminated for leaking classified information and lying about it. McCabe is reportedly a millionaire.

Unfortunately these platforms for raising money are not incentivized to police themselves: more campaigns and money raised means more revenue. And since none of the beggars, thieves and suckers are complaining, what’s the problem?

It’s just like the Facebook and Google privacy issue. If users are perfectly happy to share the most intimate details of their daily lives with the world and advertisers, and the sites are raking in the dough, what’s the problem?

I’ll tell you what the problem is. It’s wrong. It’s all wrong.

Whenever this sort of thing happens, we inevitably ask Who’s to blame? and What’s the fix? The answers are inevitably capitalism and regulations. That’s also wrong. The answer to both is us. We are to blame and we are the fix.

If such platforms existed in my father’s day, I can tell you that, like my old man, the overwhelming majority would have been too ashamed to stick their hands out and too frugal to throw their money away. Kickstarter and GoFundMe would have been miserable flops.

We have changed a lot since then, and not for the better. That does not reflect well on our culture and it does not bode well for our future. We have to do better. Each of us has to do better by balancing idealism with pragmatism, putting common sense ahead of foolhardiness, and never forgetting that personal responsibility, pride and work ethic is what got us here in the first place.