Posted by Steve Tobak on August 5, 2018 in No Comments 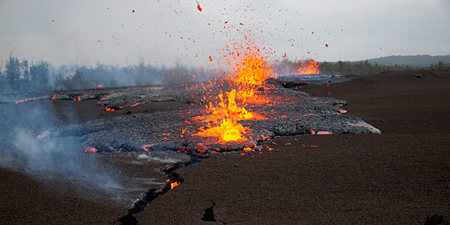 Everyone talks about bringing together our divided nation, and yet we’re only becoming more and more fractured. That troubling trend is spreading to the workplace, where more and more CEOs feel emboldened to push their own political ideology. Never mind the risk of disrupting their organizations and alienating half their stakeholders.

The question is, why? We all know the phrase divide and conquer. If we all realize the damage it does, why stoke the flames of discord within our culture and our companies?

I’ve seen that same phenomenon happen time and again over the years, albeit on a much smaller scale than at the national level. I’ve seen it happen within organizations big and small. They all had one thing in common: a failure of leadership. In the absence of competent leadership, warring factions step in to fill the void.

Think about it. Pretty much anyone can get their supporters to follow them, but effective leaders have the ability to bring their detractors on board too. They somehow manage to unite all their stakeholders under a common vision. That’s what real leaders do. That’s the very definition of leadership.

In the absence of strong leadership, organizations inevitably begin to splinter, usually into two groups. Why two? After one, two is the next most stable organizational construct. The more factions you have, the more chaotic things become and the greater risk that the organization will devolve into anarchy and self-destruct.

The problem with America is that we haven’t had effective leadership – in the White House or in Congress – for the four previous administrations. Don’t just take my word for it. According to Gallup, George W. Bush and Barack Obama were just about the most polarizing presidents ever. That’s why our nation is so ideologically split.

Perhaps to fill the void, more and more business leaders are going public with their political views. That’s not a problem, as long as they keep it out of their business. Otherwise, they risk harassing or disaffecting half their employees and possibly their customers and investors, as well. And that’s never a good thing.

After the 2016 election, GrubHub CEO Matt Maloney sent a strong anti-Trump email to all employees: “I I absolutely reject the nationalist, anti-immigrant and hateful politics of Donald Trump,” he wrote. “If you do not agree with this statement then please reply to this email with your resignation because you have no place here.”

That did not go over well. The online food delivery company’s stock dropped like a rock amid calls for a boycott on Twitter. Maloney tried to walk it back — explaining that he didn’t mean that anyone who voted for Trump should quit — but the damage was done. It was a polarizing move. An unforced error. And no good came of it.

The same is true of dysfunctional executives who, by failing to lead effectively, allow their companies to splinter and descend into political infighting. I can tell you dozens of stories about CEOs who lacked the skillset to actually lead their organizations. They never have happy endings.

One publicly-traded corporation I consulted for was so dysfunctional that every issue devolved into endless debate and analysis paralysis. In the rare event that a decision was actually reached, opposing executives would act passive-aggressively, outwardly supporting the plan while sabotaging it behind the scenes.

That company ended up hitting a wall. It stopped growing, lost market share, and ended up being acquired for a fraction of what it was worth in its heyday. The problem was a classic combination of the Peter Principle and cronyism: The CEO had reached his level of incompetence and the board of directors was in his back pocket.

It’s no coincidence that introducing politics into a corporation has a divisive and destabilizing influence, but poor leadership has the same effect – breeding political infighting and discord. That’s why playing politics and political player are pejorative terms in a business context.

People often say that you can’t use business or management analogies in politics because nations are not the same as corporations. Perhaps that’s true, but the effect of leadership failure on any organization of people is the same: Polarization, instability, and if left unchecked, destruction.