Posted by Steve Tobak on October 3, 2018 in No Comments 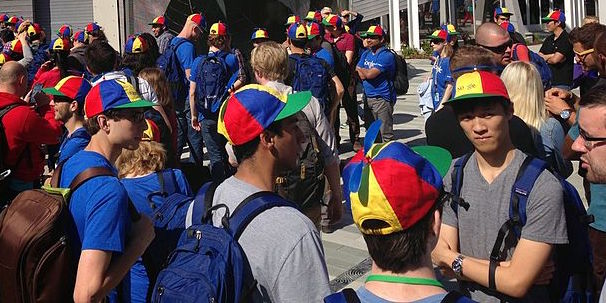 Everyone goes through the same stages of human development on the road to maturity. Some of us somehow manage to make it through to adulthood. Others unfortunately end up getting stuck in one stage or another, stunting their growth and rendering them dysfunctional. It’s the same thing at work.

You’ve got to admit, it’s not that hard to be a successful child. You’ve just got to be cute, get attention and cry when you’re hurt or hungry. Being a successful teenager is much harder; I’m not sure anybody’s good at it. I certainly wasn’t. As for becoming an adult, I’ve been working on that for decades and making very, very slow progress.

It’s easy to spot those who got stuck along the way. They look just like ordinary adults – they grow hair everywhere, wear adult clothes and all that – except they behave a lot more like children, acting out, throwing tantrums and generally making life miserable for their friends and families.

If that sounds at all like the place you work, you’re on the right track. The only difference is that, instead of just messing up their own lives, dysfunctional workers and leaders in particular have the power to screw up the lives and livelihoods of many and ruin the workplace for the rest of us.

Over the years I’ve observed 5 – count ‘em 5 – stages of career development. Are you or someone you work with – a boss perhaps – maybe stuck in one?

Stage 1: Sponge. You listen to everyone and learn from every situation struggling to figure out how the working world actually works. Like a baby learning to walk you stumble around like the clueless neophyte you are. But since you have no real responsibility you’re not in a position to cause any real damage. You just keep falling, picking yourself up, dusting yourself off and trying again.

Stage 2: Hope. Somewhere along the line you do something right and your boss notices. Hoping you might actually be capable of accomplishing something besides making a complete fool of yourself by promising the world and delivering next to nothing, you set out to prove yourself worthy of whatever responsibility your boss has mistakenly already granted you.

Stage 3: Comer. Congratulations, you show promise, having somehow managed to deliver the goods and done something that someone important says is good. In other words, you either saved or made money for the company and, in return, got rewarded with a microscopic bonus that makes you feel great about yourself. You think you’ve finally arrived. Won’t your spouse be thrilled?

Stage 4: Failure. A little too full of yourself, you attempt a repeat performance using the same tricks that worked the first time and realize too late that you’re going to need a bigger playbook with a lot more tricks to make it in the big leagues. Failure doesn’t sit well with you. It’s painful, downright depressing even. After drinking yourself silly for a week you sober up and vow to never let that happen again.

Stage 5: Success. After a few iterations of Stages 3 and 4 you finally begin to get how the real world works. It slowly dawns on you that you will always succeed at some things, fail at others and learn from everyone and everything — which, ironically, is not all that different from Stage 1. Except experience has given you confidence and wisdom and, with any luck, a sense of humor and humility. Congrats, you finally made it.