Posted by Steve Tobak on October 4, 2018 in No Comments 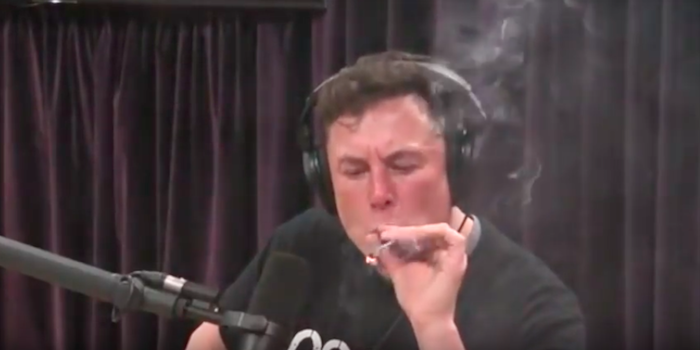 Some stories just don’t pass the laugh test. No matter who reports them.

ICYMI, the Wall Street Journal reported that a billionaire-to-billionaire phone call from Mark Cuban to Elon Musk made the difference in the Tesla CEO’s change of heart on SEC fraud charges.

According to the Journal, Musk was talked into settling rather than face a lengthy court battle that would distract him from running Tesla, SpaceX and his other ventures.

The call was made at the request of Chris Clark, an attorney that Musk had retained to fight the fraud charges. Clark had famously and successfully represented Cuban against the SEC years ago.

Let me see if I got this right:

1. Musk turned down a slap on the wrist settlement and threatened to resign from Tesla if the board did not stand behind him and fight the SEC. The board gave in, even putting out a statement that they were 100% behind their CEO.

2. Less than 48 hours later, Musk changes his mind after a 15-minute phone call – from a guy who actually beat the SEC.

3. A lawyer – that’s right, a lawyer – got Cuban to talk Musk out of going up against the SEC. A lawyer who would have seen years of limelight, not to mention hefty fees, representing Musk in a what was sure to be a landmark case.

4. And Musk – who runs at least four companies, spends more time tweeting than Donald Trump and Alyssa Milano combined and has the attention span of a hummingbird – flip-flopped because he did not want to be distracted.

I don’t know about you folks but I haven’t heard anything that far-fetched since Musk declared that the SolarCity acquisition could turn Tesla into a $1 trillion company.

While I respect the Journal’s reporting, I’m going to have to call BS on this one. Some stories are just not believable. The more likely reason Musk changed his tune? The 14% plunge in TSLA shares after the SEC announced its complaint.

In other Musk/SEC news, there is this:

Just want to that the Shortseller Enrichment Commission is doing incredible work. And the name change is so on point!

Mocking the SEC. Shares of TSLA down 6% and falling today. This guy just does not know when to stop. Also he’s clearly never distracted, “laser focused on running his companies.” Right.