Posted by Steve Tobak on November 20, 2018 in No Comments 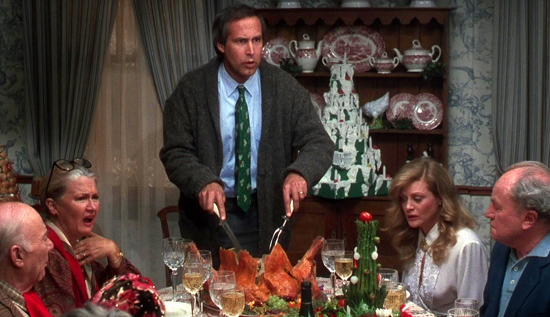 “So, I tell them I’m a pro jock, and who do you think they give me? The Dalai Lama, himself. Twelfth son of the Lama. The flowing robes, the grace, bald… striking. So, I’m on the first tee with him. I give him the driver. He hauls off and whacks one – big hitter, the Lama – long, into a ten-thousand foot crevasse, right at the base of this glacier. Do you know what the Lama says? Gunga galunga… gunga, gunga-lagunga. So we finish the eighteenth and he’s gonna stiff me. And I say, ‘Hey, Lama, hey, how about a little something, you know, for the effort, you know.’ And he says, ‘Oh, uh, there won’t be any money, but when you die, on your deathbed, you will receive total consciousness.’ So I got that goin’ for me, which is nice.” – Carl Spackler (Bill Murray), Caddyshack

Unless you’ve recently had a near death experience or a birthday that ends in a zero (>30 when thoughts of mortality start to flare up) you’re probably not going to spend a whole lot of time thinking about what you’re thankful for on Thanksgiving.

Join the club. Come Thursday all I’m going to care about his eating, drinking and watching football – not necessarily in that order. But to avoid any feelings of guilt that might ruin the day, here’s my oddly specific thankfulness list:

– The stock market gets an extra day and a half off from plummeting.

– The property tax bill isn’t due for another 18 days so I have just over two weeks of blissful ignorance before opening up the bill and having a heart attack.

– The Bay Area is finally getting some rain which will help our exhausted firefighters and hopefully put an end to all the smoke and a horrific wildfire season.

– We’re having chicken, a killer Beaujolais (not the Duboeuf nouveau crap) and pumpkin cheesecake for a change of pace (implicit in that is having an awesome wife who knows her sh*t and does it up right).

– The NY Giants actually won two games in a row. I’ll take whatever bright spot I can get in a lost 3-7 season.

– For the first time since we moved here 25 years ago all our close neighbors are cool people. It’d be ironic if they didn’t feel the same way, wouldn’t it?

– All the quail, hummingbirds, rabbits and other critters that live around here and keep me entertained, except of course gophers, moles and yellowjackets which are real PITAs. Also I bet the wild turkeys are thankful they’re not the domestic kind.

– I still have my hair and my wife is still hot. So I got that goin’ for me, which is nice.

– Since I’m about to have foot surgery I’m grateful to have another foot to hop around on.

Have a wonderful Turkey Day, y’all!