Posted by Steve Tobak on November 18, 2018 in No Comments 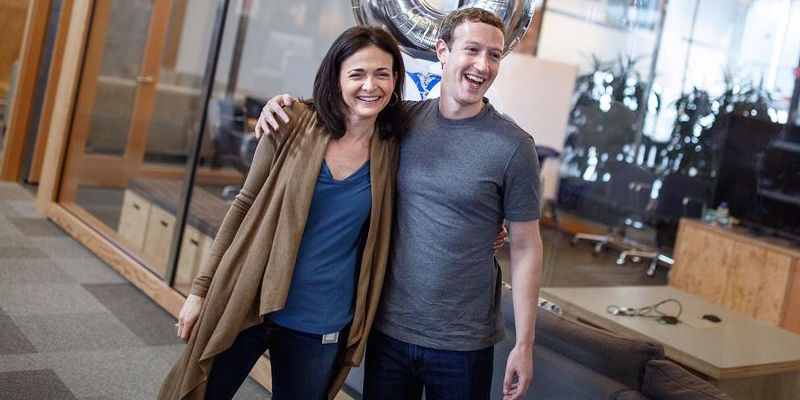 I can’t believe I’m actually doing this. I had hoped that all this big bad Facebook nonsense would go away on its own but now I can see that’s not going to happen. And all the breathless, sensationalist hype over a 6,000+ word NY Times expose Delay, Deny and Deflect: How Facebook’s Leaders Fought Through Crisis was the last straw.

Once again the media, politicians and academics are losing their sh*t over Big Tech and its big bad leaders. Bad Silicon Valley. Bad.

Since dumping on Facebook has now become blood sport – calls for a management shakeup have reached a fanatical frenzy – I’d like to provide some perspective from outside the mob, a little cold hard truth and hopefully set the record straight. If that concerns you, you might want to put on some Grateful Dead or do whatever it is you do to lower your blood pressure and mellow out.

ICYMI, the Times piece painted a picture of Mark Zuckerberg and his sidekick Sheryl Sandberg as being more concerned with protecting Facebook’s bottom line and their own personal brands than thwarting the threat of Russian election meddling, fake news, hate speech, user data security threats and pretty much everything else wrong with the online world.

It also accused several executives of the company – including Sandberg – of doing all sorts of unscrupulous things to divert attention from Facebook’s mishandling of pretty much everything but making money. And the rest of the media world was only too happy to jump on the bandwagon.

Within 24 hours the dynamic duo sprang into action, putting out posts and jumping on media calls to defend their actions, call attention to inaccuracies in the story and plead ignorance to its more nefarious allegations. Zuckerberg also outlined the many costly efforts underway in Menlo Park to keep the world safe from all the bad things being attributed to his and Sandberg’s lousy leadership, if not downright evil intentions.

Here’s the thing. The media is getting very good at using anonymous sources and creative writing to make it sound as if horrible things are going on at the direction of CEOs and COOs. But if you pay attention it’s not at all clear that either Sandberg or Zuck were aware of any of the really bad stuff they’re being accused of.

Should they have been? Now that’s a good question. Maybe, but I’m really not sure it would have made much of a difference.

Facebook is, after all, one of the world’s most valuable companies. It’s a big company with a lot of moving parts. And it’s a tech company. A software company. While Sandberg does have a political background the company’s business is not about politics. And the fringe issues at play here have little to do with the core business she and Zuck built.

That’s right folks. I’m calling them “fringe issues” because that’s what they are, our politically and Trump-obsessed culture notwithstanding. More on that in a moment.

And saying Facebook’s COO maybe should have been more hands-on in overseeing some of her direct reports and an outside agency is a whole lot different than calling for her head. It’s no coincidence that two of the three bad actors in the story — comms head Elliot Schrage and security chief Alex Stamos — are already gone. And public policy boss Joel Kaplan is probably not too far behind.

Furthermore, when Zuck first reacted to the whole Russian meddling in the 2016 election thing, he said this: “Of all the content on Facebook, more than 99% of what people see is authentic. Only a very small amount is fake news and hoaxes. The hoaxes that do exist are not limited to one partisan view, or even to politics. Overall, this makes it extremely unlikely hoaxes changed the outcome of this election in one direction or the other.”

And he’s been back-peddling ever since. He shouldn’t have. He was right the first time.

Sure, Putin tried to disrupt the election, but to this day there is absolutely zero evidence that he did. Sure, Facebook was late to the fake news party. But that doesn’t mean that had a material effect on anything important. There is one thing the Kremlin succeeded in doing and that’s disrupting our nation because, well, here we are still talking about this stupid nonsense.

Just as with the Mueller investigation, all the hoopla over Russian meddling is mostly about Trump derangement syndrome – outrage over our pristine nation electing someone as pompous, vulgar and unelite as the Donald – not to mention his policies of putting the American people first (horrors). Thus all the political grandstanding of the past year that will no doubt escalate once again in the wake of this overwrought nonsense.

Don’t even get me started on Yale management know-it-all Jeffrey Sonnenfeld, who sounded like he was practically foaming at the mouth calling for Zuck and Sandberg to be more or less tarred and feathered and run out of town. CNBC’s Becky Quick had to jump in and try to calm him down before he came off sounding like a raving lunatic. Too late.

As far as I’m concerned, this whole thing is just a big fat political nothingburger. So was the uproar over the Cambridge Analytica data breach which, as I’ve said before, was not really a data breach at all. No sensitive data was exposed. Worst case some users might have been targeted with a political ad or two. Wah.

Come to think of it, writing about nothingburgers is making me hungry. I’m going to grab some lunch; will be right back to finish this up. OK, I’m back. No, I did not have a burger. I had a salad from Trader Joe’s. Discipline.

Related: How Facebook Exploited a ‘Vulnerability in Human Psychology’ to Addict Billions.

Don’t get me wrong. I don’t like Facebook; it turns people into desperate attention-addicted narcissists. And I do believe that social media is a sign of the end of times. I’m not even a fan of either executive in question. But Facebook is a big company with lots of shareholders and employees who have seen their stock plummet for no good reason.

If anything this whole sordid story should teach people not to get their “news” from Facebook. That nuance seems to be lost on everyone.

Now would be a good time for everyone to take a chill pill and put down the pitchforks. It’s almost Thanksgiving for Chrissake.