Posted by Steve Tobak on November 26, 2018 in No Comments 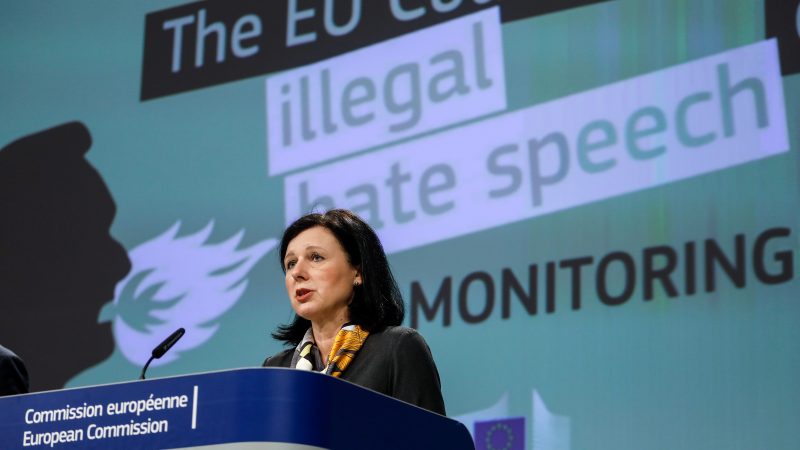 Twitter blew up today over conservatives getting permanently banned from the platform. This time it’s former Marine vet, talk radio host and failed congressional candidate Jesse Kelly. Twitter has yet to give Kelly a reason beyond the usual repeated violations of its vague and selectively-enforced rules.

What’s ironic is that Kelly had previously spoken out against Silicon Valley’s broad ban of Infowars host Alex Jones. Not that he agreed with Jones’ content, but cautioned that banning certain speech – hate speech – is a slippery slope for a society built on free speech.

You know, the old I don’t agree with what he says but I will defend his right to say it viewpoint that once defined what it meant to be American but our increasingly thin-skinned PC culture now deems antiquated.

Kelly actually predicted that he too would be banned at some point. He was right. He was also right about hate speech. We are indeed sliding down that slippery slope. And who do you think is leading the way? Europe, naturally, with Silicon Valley close behind.

Back in 2016 the EU got Facebook, Twitter, Microsoft and Google/YouTube to agree to delete what the European Commission calls “illegal, online hate speech” from their sites within 24 hours of being notified. Keep in mind that there is no such distinction between hate speech and protected free speech in the U.S.

The commission’s “Code of Conduct” defines criminal online content as that which “promotes incitement to violence and hateful conduct directed against a group of persons or a member of such a group defined by reference to race, colour, religion, descent or national or ethnic origin.”

That’s fine except for one little thing: Who gets to decide what constitutes promoting “incitement to violence” and “hateful conduct?” In case you’re wondering I’ll give you one guess. That’s right, the commission – in all its subjective, politically correct wisdom.

That’s the problem with the EU: Give them an inch and they take a kilometer.

But wait, it gets better. In case you’re wondering why the EU wants to eradicate hate speech, it’s because the commission believes that racism and xenophobia cause terrorism. They think terrorist attacks that have taken place all over Europe were caused by hate speech on social media.

No, I’m not making this up. I mean, who could possibly make something like that up?

Don’t get me wrong. I’m not saying there should be no rules or laws when it comes to real threats of violence and people’s well-being. We all know that yelling fire in a crowded theater can cause harm. But the threat should be real and immediate, not vague and inconsequential.

Granted, the First Amendment has limited applications between the people and the federal government, but freedom of expression — the right to speak your mind without fear of prosecution — is a hallmark of American culture that has made this nation what it is. Any limits on that should be limited to imminent threats to physically harm others.

Anyone who’s ever been married knows how hard it is to follow the rules when you don’t know what they are or they keep changing on you. Whether you’re on the street or a social media platform, the notion of freedom of speech should be held high and its limits clearly stated and governed.

The European Commission’s ban on hate speech is a dangerous precedent. Silicon Valley looks to be following suit. That represents a real threat to our free society and our way of life. Mark my words; this will not end well.