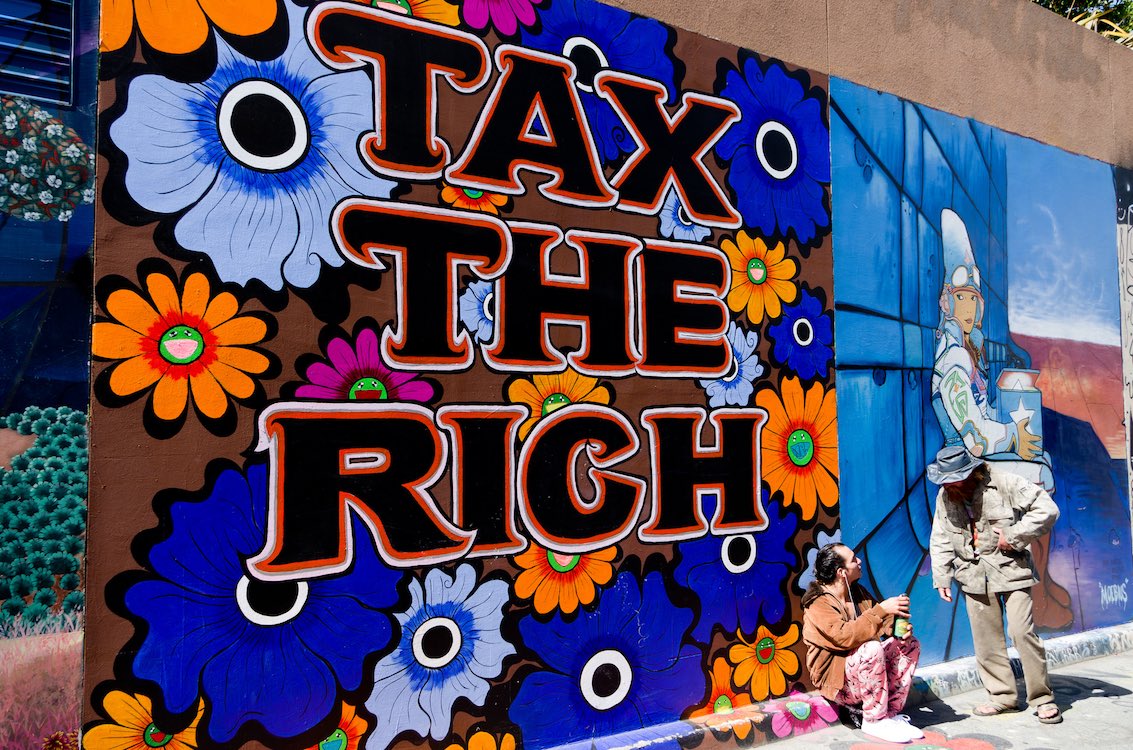 Tax the rich, feed the poor, ’til there are no rich no more? – Alvin Lee, I’d Love to Change the World

Elizabeth Warren wants an annual “wealth tax” on the mega-rich. What could possibly go wrong?

The 2020 presidential hopeful has proposed a wealth tax of 2% on those with a net worth of $50 million and 3% on billionaires. It would only impact 0.1% of U.S. households and generate more than $200 billion a year in tax revenue.

Sounds terrific, right? Only problem is it would probably wreck the U.S. economy.

First, let’s be clear: this is not a tax on annual income but an annual tax on all accumulated wealth, meaning trillions of dollars of net assets.

What’s so terrible about that? The rich can afford it, right?

The rich can afford it but the economy can’t. Nor can the middle class and the poor.

A wealth tax would cause an annual liquidity crisis as investors who fund a sizable portion of the U.S. economy struggle to come up with the cash to pay their tax bills.

And that would result in a long-term capital drain as the wealthy liquidate their investments – not just to pay their annual tax bill but because the return on investment no longer makes sense. They would instead seek creative shelters or simply leave the country.

That’s exactly what happened in France. A wealth tax that brought in more than $2 billion a year ended up costing the nation more than ten times that in lost capital that fled the nation, according to French economist Eric Pichet.

One of my biggest concerns is that such a tax could ultimately destroy the underpinnings of our entrepreneurial culture: private equity, venture capital and founders and executives’ holdings in their own company’s stock.

That same basic LP structure funds countless small businesses and corporations in every industry you can think of: healthcare, hospitality (hotels and restaurants), sports, franchises of every kind, real estate, food and beverage, I can go on and on.

Probably every day of your life you do business with companies that are funded in whole or in part by the wealthy. Those non-liquid investments add up to trillions of dollars and fund a big chunk of the U.S. economy.

Taxing that wealth – even just two or three percent a year – would be an economic disaster. It would drive capital out of the markets — public and private — and off shore. The job loss would be staggering. And when the dust settles, it would wreak havoc on the U.S. economy and harm the middle class it intends to help.

Talk about unintended consequences — the medicine killing the patient.

Never mind that it’s nearly impossible to accurately or objectively value the real-estate, companies, partnerships and businesses those trillions of dollars are invested in. That the wealth of our nation’s richest CEOs is mostly tied up in their own company’s stock. Or that a wealth tax might be unconstitutional.

Sure, let’s do it. Let’s put a socialist in the White House. Just don’t expect the 0.1% to stick around and find out what happens next. They’ll be gone, along with their immense wealth, so fast it’ll make Elizabeth Warren’s and all her IRS auditors’ heads spin.