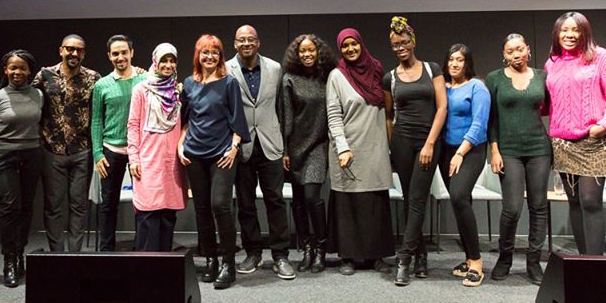 My physical therapist is a mad genius. She somehow figured out that some post-surgery heel pain is actually a back problem. And yes, that really is a thing. It’s called referred pain and it can be tricky. Good thing I’ve got a brilliant PT with a PhD.

Actually, the PT who worked on my hand last year was also pretty amazing. So is my long-time dentist. So is the woman who’s been cutting my hair since she was 19 and now owns her own salon. A successful business owner, no less.

Not to mention all the brilliant and successful female executives I’ve worked with in the high-tech industry and my strategy consulting practice over the decades. We’re talking dozens, maybe hundreds.

The thing is, none of those women ever felt the need to be treated differently or singled out because they were women.

Don’t get me wrong. I’m not saying that bias and discrimination don’t exist. Of course they do. We all have biases, whether we’re aware of them or not. And discrimination will always exist as a result. There will always be unwanted advances, as well, but that’s a whole different issue for another day.

But in this enlightened day and age, the notion of institutionalized discrimination – of women being treated as professionally inferior to men – isn’t just absurd. It isn’t just reactionary. It’s ludicrous. It’s wrongheaded. It’s ignorant. As a result, it’s mostly a thing of the past.

The same is true for minorities. That’s all in the past, or at least well on its way to becoming a thing of the past. I know that because I’ve watched the change happen over the course of my life and career. I’ve seen the change.

And yet, it seems like politicians won’t let the past go. They continue to bate women and minorities as if it’s 50 years ago. Except it isn’t 1969. It’s 2019. Society doesn’t want women in the kitchen or people of color in chains. And yes, those statements have been made by real presidential candidates.

We’ve all moved on. So why don’t they move on? Because they need to do this to get voters. And the media needs it to sell subscriptions.

That is sick, but that is what’s going on.

All the identity politics you read and hear about is all about just one thing: baiting people with fear to get them to vote a certain way, click on a link, watch a program or buy a media subscription. The same is true of the persistent diversity and inclusion drumbeat.

I mean, seriously. When did this become a thing?

Now, don’t try to tell me it’s always been this way. Maybe a little, but only around the fringes. Nowhere near as blatantly as what we see today. The lies and manipulations are off the freaking charts. I know. I’ve been around a long time. And the thing is, I know exactly when it happened. I remember exactly when it started.

I’m just going to come right out and say it. It started during the Obama Administration. Yes it did. It started with some police involved deaths that were blown way out of proportion, President Obama and AG Eric Holder taking the wrong position, riots in the streets and men in blue being killed in the line of duty.

That’s when the civil rights movement was set back 50 years.

And it accelerated once again when Trump was elected and half the nation decided that the peaceful transition of power in our system of government no longer applies and that it’s cool for them to ignore the results of the election and #resist the fact that Donald Trump is President of the United States.

That’s when it became cool for local politicians to harbor criminals for one and only one reason: because they entered the country and live here illegally. All because one of Trump’s clear mandates from the electorate that made him President – the platform he ran on – was to solve the illegal immigration problem.

Let me be clear. None of this is political. It is all bad behavior, plain and simple. It is institutionalized. It is real. And it is a blight on our culture.

Discrimination against women and people of color is mostly eradicated in the U.S. The persistent narrative – the constant drumbeat you hear – is all about identity politics. Politicians and the media use it to manipulate and control the masses. That is the new normal. That is what’s real. And it will continue as long as we continue to cower in fear of being branded racists or misogynists. That fear gives them power.